Hills of the Horizon: An Introduction

Hills of the Horizon: An Introduction June 18, 2013 Kiya Nicoll

It seems worthwhile to open up my column with a bit of an explanation for its name.

The concept of the horizon is one that is threaded through huge amounts of Egyptian liturgical poetry.  It appears in the oldest known texts, often in a context that seems to equate it with the spirit world, and persists throughout the span of ancient Egyptian religion.  The gods are seen going to, dwelling within, and rising from the horizon; the king, likewise; those who enter the spirit world are “pure and living in the horizon” (Pyramid Texts, Utterance 216); various spiritual locations are placed within the horizon; the horizon is blessed, censed, taken possession of, and generally puttered about in.

At a minimum, the horizon explicitly refers to an interface between worlds, the place where heaven and earth touch.  And, if viewed through the lens of Egyptian mythology, that particular interface is a pretty intense one, since that is the only place where the devoted lovers, Nut and Geb, may make contact; the horizon is charged with an erotic, yearning energy that binds sky to ground and ground to sky.  This is the place where those gods twine their fingers together, holding on even though they are separated by their father lest they crush all of existence with their desire for each other.

The word in Egyptian for horizon, “akhet”, comes off a root that refers to shining.  This root also appears in “akhu”, a word for the Blessed Dead and a form of magical power.  Akhet itself puts in another appearance as a homophone the name of the season of inundation, which is itself a liminal time of the year.

The hieroglyph for ‘horizon’ is a kind of saddle-shaped figure (itself the sign for ‘mountain’) with a circle resting in it: the sun appearing between a pair of hills.  The two mountains of the horizon, Manu in the west and Bakhu in the east, are sometimes considered supports for heaven.  (The table-like glyph over the horizon and Aker is the sign for ‘heaven’, by the way.)  The two lions of Aker (or his double-headed lion form, sort of like a liminal, carnivorous pushmi-pullyu) are sometimes labeled “Yesterday” and “Tomorrow”, and sometimes replace the mountains entirely in artwork, rolling the sun disc between their furry shoulders.

That doubling motif shows up in a variety of places, not just this glyph.  There are references to the double gates of the sky back as far as the Pyramid Texts (and honestly, whenever someone pulls that liturgy – “The doors of the sky are opened!” – I tend to get chills from the power of the text).  The most important icons of the gods were kept in cabinets with double doors, which were accessed through a sequence of double doors in the temple, horizons within horizons.  The great pylon gates of the temple walls were deliberately evocative of those hills.  The Great Sphinx’s name in Egyptian, “Horemakhet”, “Horus in the Horizon”, refers to the Sphinx’s position between two pyramids.  Expanding the imagery slightly, we also find that there are two sycamore trees marking the gate of morning through which the sun passes at dawn; those trees are the slopes of the horizon as well as the thighs of Nut as she once again gives birth to day.

I have found that people who do spirit work, liminal work, witchcraft, and similar things talk a lot about the interfaces between the worlds, existing in borderlands, and the edge of the ring that the firelight makes.  In short, the equation of that charged-up border zone, the horizon, with at least the access to the land of spirit has a very familiar feel, and familiarity with the gateways between Here and Over There is essential.  Those hills are full of surprises. 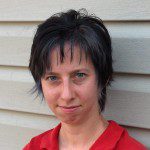 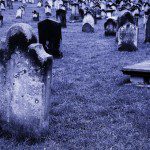 June 19, 2013 Druid Thoughts: What Really Happens When We Die?
Recent Comments
0 | Leave a Comment
Browse Our Archives
get the latest from
Agora
Sign up for our newsletter
POPULAR AT PATHEOS Pagan
1

Why No One Loves Lammas (&...
Raise the Horns
Related posts from Agora