Syncretic Electric: Figuring Out the Rules

For my first post here at Patheos, I wanted to take some time to introduce myself and talk about my intentions. I have been a practicing Pagan for the last ten years, or so. My entry into Paganism was actually Hermeticism and the Golden Dawn, though I realized very quickly that I had too many disagreements with Hermetic thought to really continue down that path. I then spent several years in exploration, and if I’m being honest, that exploration has never really ended. I breezed quickly past Wicca, which I do have a lot of respect for, though I have many of the same concerns with it as I have with Hermeticism. Eventually, after many forays through continental philosophy, I ended up where I am now, with a theory of practice that I describe as Neoclassical Syncretism.

I have long been fascinated by the way that Western culture has preserved certain ancient philosophical and religious ideas, and continued to manipulate them. One of the real problems of standard Reconstructionist practice is how restricted the source material actually is. Certain Reconstructionist communities have more data to work with than others, but always there is a struggle to isolate and remove the bias of the writer, and when a good deal of the information we have on ancient religions was recorded by Christian monks and missionaries, or else Roman invaders, it can be near impossible to discern the original form of those practices. Neoclassical Syncretism then seeks, instead, to look to the places where scraps of Paganism have survived, and to recuperate them for religious use once more. This approach is meant to be highly adaptive, as well. While it is grounded in an understanding of the parent culture, it also attempts to account for cultural shift. By looking at the way that our culture has, over time, dealt with issues and ideas that have somehow survived from times immemorial, I hope to come to an understanding of how our culture has utilized these ideas, and the roles that they have played in the growth and change we have experienced. I believe that religion should be a living, adaptable creature, and that it must shift with the needs of the participants.

Of course, I also must add here that despite the structural language that I have so far employed, I do believe that the Gods themselves are real, discrete beings. Our cultural understanding of them has changed through time, and we must be aware of that shifting, something that Neoclassical Syncretism is very concerned with, but I also see no reason to expect the Gods to have remained fixed fast as they were in ancient times at the height of their worship. We change over the courses of our lives, and I believe that the Gods likely do as well. Neoclassical Syncretism looks to their reflections in our culture, and attempts to suss out the shifting identities of the Gods. There are Gods who ruled elements which simply are no longer major forces in modern culture. The Gods persist, so perhaps they have adapted themselves to reach out to us, just as we have adapted ourselves to reach out to them. I believe that religious practice is not mere blind devotion. If there is something in us that provokes the interest of the Gods, then surely we are capable of touching them as much as they are of touching us. The action is reflexive, it moves both ways. I have a deep respect for the Gods, and I do not mean to make them into the pawns of human action, I merely assert that they by entering into relationships with us must be effected by those relationships. Worship, devotion, religious practice do not impact us alone, but also stir the Gods.

Neoclassical Syncretism is a strategy that I have developed to help me construct my Paganism. Now, of course, my Paganism overlaps with a lot of other people’s Paganisms, though my particular strategy is designed to allow me to make certain particular moves. My interest, here, is in exploring the larger strategies of Modern American Paganism, and the way that we, as Pagans, utilize these strategies to forge our spiritualities. Modern American Paganism has been heavily influenced by Post-Modernism, for example, particularly in terms of historical nostalgia, borrowing, and textual analysis. I am interested in exploring these particularly Pagan utilizations of Post-Modern, among other, strategies.

Unlike most of the other dominant religions in the American spiritual milieu, Paganism is not the result of a schismatic break from a larger religious tradition. Paganism has grown through agglomeration, and I am interested in exploring the strategies that we as a community have adopted to facilitate that growth. Hence the name of this column, Syncretic Electric. Syncretism, whether we like to admit it or not, has been a powerful force in Modern American Paganism, be it strongly in eclectic faiths, or restrained within Reconstructionist groups.

I believe that the strength of the Modern American Pagan community is its variety. By examining the strategies of Paganism, we can begin to understand not only how that variety emerged, but also how to foster and protect it. These strategies will help us see the connections between traditions, and, I hope, help us to understand what really binds us together as a community. Of course, when engaging in this practice, we need to keep in mind that we are, in fact, a religious community, and that awareness will shape the way that we utilize spiritual strategies and techniques.

So, having taken the time to explain myself, I hope that you readers are interested in seeing where I go with this work. I really do invite comment and critique, as this is not something I can do in isolation. I really do honestly invite everyone to take part in this with me. I am really looking forward to writing here at Patheos, and I am excited to hear back from you all. 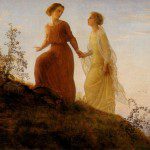 June 20, 2013
Loop of Brighid: Invocation of the Graces - A Brigidine Sacred Text, Part 1
Next Post 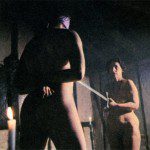 June 24, 2013 Seekers and Guides: The Three Degrees of Wicca
Recent Comments
0 | Leave a Comment
"Another post written by someone who hasn't actually read the mythology they are talking about ..."
Kris Hughes The Rantin’ Raven: Who Was Mabon?
"What has always worked for me -- e.g., with no negative blowback that I have ..."
Cathryn Meer Bauer Radical Pantheist: Defining Unethical Magic
"I feel like, with any craft, there are definitely rules. If you don't follow the ..."
JenniWest Cross and Crossroads: What “No Rules ..."
"She crossed the Rainbow Bridge early, but she will be waiting for you when you ..."
Kyllein MacKellerann " Stirring the Brew: Underworld Crossings
Browse Our Archives
get the latest updates from
Agora
and the Patheos
Pagan
Channel
POPULAR AT PATHEOS Pagan
1