When I was a child, it was unwise to publically admit to being a Pagan. We were open to discrimination, harassment and abuse, our beliefs ridiculed, and our jobs potentially threatened, and worse. During my lifetime, I’ve watched Paganism as a movement come out of the broom closet and start engaging with the wider world.

The process, here in the UK, has been a very effective one. We’ve moved out of the shadows a good deal. We face far less fear and ridicule than ever we did before, and we have a voice. We are listened to a bit – maybe not always as much as we want, but it is progress. We have some rights. No doubt our rapidly growing numbers as a religious movement have helped convince those in power that we are not some small lunatic fringe to ignore. Interfaith work undertaken by Pagans has also done a lot to dispel myths about evil. Multiculturalism has helped us, and moves towards more secular approaches to society have created more space for us. European laws have validated our right to live and worship as we see fit, and this has helped us no end.

It used to be really important to try and speak clearly with one voice. Go back ten years or more, and there was a lot of pressure within the Pagan community to present a united front. We weren’t many, and we needed a coherent narrative that people could grasp and be persuaded by. We needed a shared approach, so as to be taken seriously, and we needed to stick together. It meant that statements with shapes along the lines of ‘Pagans do this’ or ‘Pagans believe this’ were necessary. These were the building blocks we needed. These generalisations built us a place to stand and helped us establish a space for Paganism in this world.

What I see increasingly these days is that generalisations are no longer popular. We do not encourage our spokespeople to make sweeping comments about ‘what Pagans do’. We go out into public places – sites like this one being a fine case in point – and talk about diversity. We talk about the differences between the many paths and the many different kinds of belief a Pagan might hold. There are many things that Pagans do and think and feel and care about. Rather than narrowing that to a simple story, we are now embracing the full scope. We only get to do this because the pioneers who went before us cleared a way, and made it possible to speak openly.

There are some for whom this broadening out of definitions feels like dissolution, a loss of focus. That’s inevitable, and I expect we will have periods of pulling in and clarifying to match these times of exuberant growth and diversifying. It’s all very natural, after all. 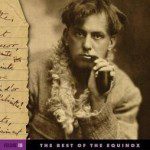 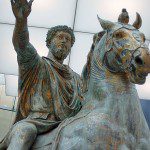 January 30, 2014 Naturalistic Traditions: Were the Cynics and Stoics naturalistic?
Recent Comments
0 | Leave a Comment
"Hi, this is Dave Warren, and you are right, but the author didn't use that, ..."
Green Witch The Corner Crone: An Interview with ..."
"So far I have only one issue with YSEE and refuse to have anything to ..."
Holly The Hearth of Hellenism
"One technical point: I believe that, in your response to the third question (As an ..."
Glen49 The Corner Crone: An Interview with ..."
"What a powerful statement: Seeking to oppress others is a symptom of lack within. Be ..."
Kathy Starry Eyed Witch: Sovereignty Under The ..."
Browse Our Archives
Follow Us!