Over at the Patheos Public Square, there’s interfaith consideration of the space available to women in faith leadership roles. Some religions have long traditions of overt sexism, but Paganism is often more female-centric, and I think we do have more female leaders than other faith groups as a direct consequence. If you have Goddess as well as God, there’s more room for the authority of the priestess alongside the authority of the priest.

I know a lot of women in the Pagan community (and in Druidry especially) who lead, teach, write, and bear responsibility. As someone who has stepped up to have a go at these things, I’m aware that it’s not been difficult — or at least, it is no more difficult for me as a woman than I think it is for the guys. I do not have to fight against powers that endorse sexism, or habits of thought and behaviour that exclude women. There’s no default to thinking I might somehow be less good, less able, less spiritual, and less worthy because I happen to have breasts.

It may well help that Paganism is a sex-positive faith. If anyone did find me sexy, they would not be innately offended by this. It would not be a distraction from Paganism, or a threat to their virtue or anything like that. In some religions, a sexy, powerful woman up front may be a problem if you aren’t supposed to feel at all sexual in a religious context. We have sexy goddesses of love and fertility. To be inspired by the beauty of a woman, to be affected by her sexuality, by her looks, by how she affects your body, is no kind of barrier to Pagan spiritual experience. Equally, we do not assume that women are sexless and oblivious to the appeal of the guys, so a sexy priest is no less a possibility. We know we have GLBT folk in the mix, and we welcome them. Leap up in front and who knows what effect you have on anyone present? An it harm none, do what you will… thinking and feeling are fine so long as you know what it’s acceptable to do with your hands.

What we can run into, however, is the innate patriarchy of the wider culture we inhabit. The media may be more likely to pick a male expert than a female one, still. All the questions about how leadership fits around your family, how it impacts your parenting, all the issues of how you look and whether you dance naked will go to the women, not the men. In a space that takes men more seriously than it does women, the female Pagan leader may have a harder time making her voice heard or getting taken seriously. That’s frustrating, but it is part of our work to go out into the world, challenge the stereotypes and assumptions, and bring the divine feminine — and respect for the feminine — back into balance with how we treat all things male. 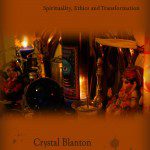 March 11, 2014
The Dance of Pagan Recovery: Pain and Faith in a Wiccan World, by Crystal Blanton (Review)
Next Post 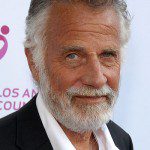 March 13, 2014 Making Light: Zeus
Recent Comments
6 Comments | Leave a Comment
"I love your Anubis articles so much - they've helped me tremendously as I go ..."
Misha F Of Light & Shadow: Connecting with ..."
"I'm glad there will be 25,000 troops on inauguration. What went down Jan. 6 was ..."
kenofken Between Two Worlds: Chaotic Beginnings, Covid-19 ..."
"So glad you commented on a year-old blog post to share your compassion-filled, edifying, and ..."
MrFribbles Beyond Binary Witchcraft: In Praise of ..."
"Social Justice Warriors are unstable lunatics; wokeness, PC, virtual-signal, identity politics, intersectional feminism, complete madness. ..."
BrainSync Beyond Binary Witchcraft: In Praise of ..."
Browse Our Archives
get the latest from
Agora
Sign up for our newsletter
POPULAR AT PATHEOS Pagan
1