My first karate sensei was a no-nonsense fighter of the old school, a Marine Corps Vietnam vet who earned his black belt in the Kyokushin-kai, a system notorious for full-contact knockdown sparring. Sometime early in my training the discussion turned to practical self defense, and Sensei Neal mentioned a student who complained to him that the basic upper block, jodan uke, hadn’t worked when the student was actually attacked by a man with a club (a piece of pipe or a baseball bat or something, decades later I don’t recall).

The student got his arm broken, and Sensei Neal pointed out that since the attacker had intended to break his skull and a broken arm is much less bad than a broken head, the technique had worked. Of course we can imagine better outcomes by dodging the blow, or by avoiding the situation entirely, but I remember this story anytime the issue of letting the perfect be the enemy of the good — or the less bad — comes up.

One of the themes I explore in Why Buddha Touched the Earth is how the Pagan revival is in part a response to the urbanization and industrialization of the past few centuries. While we can trace this back as far as the end of feudalism in Europe and the resulting destruction of the commons and process of “land enclosure”, it really starts to pick up in the late 18th and early 19th centuries. And it is at this time that we see a counter-tendency starting to arise, in the form of Romanticism. In my mind, the elevation of the pastoral seen in the work of Romantic poets like Keats and Shelly represents the earliest stirrings of the Neopagan movement. We can see it stretch forward through the writings of the American Transcendentalists, and then the late 19th and early 20th century British literature that made the countryside the home of spirits and even gods (e.g., Kipling’s Puck of Pook’s Hill and Grahame’s The Wind in the Willows).

From the implicit literary paganism of the early part of this period to the explicitly religious Paganism of the 1960s and 70s, this movement has been a voice of warning: “Something valuable is being lost.”

As we look around at the ecological crisis that faces us today, it’s reasonable to ask if this movement has failed. But like the karate student with the broken arm, we have to ask that not in comparison to a perfect outcome, but to what the result would be if we did nothing. Would we have an significant environmental movement at all if it were not for this soft voice in the background whispering, “There is something sacred here”?

For some years I have been fascinated with the example of Japan, a nation with an ancient native pagan religion that hold individual rocks and tree to be sacred but is also one of the most technophilic societies on the planet. Japan has had its ups and downs on the ecological front: in the early Edo period, deforestation nearly led to disaster, but people quickly figured out the links between cutting down trees and landslides and flooding. In the samurai days a remarkably sustainable means of farming was in place. But with the Meiji restoration of the mid-19th century, rapid industrialization — a political necessity, perhaps, to catch up with the West and avoid the colonial fate of India and China — led to environmental devastation. By the 1960s Japan was one of the most polluted places on Earth.

The scars of this time are still visible, and modern Japan is certainly no eco-paradise. But there is also a growing recognition, moreso I think than in the West, of the crisis, and a greater willingness to change. (It is not a coincidence that one of the significant attempts to date to address climate change is the Kyoto protocol.) There have been massive efforts at reforestation, and Japanese energy efficiency and recycling programs are exemplars to industrialized nations. I think that this would not be the case without the influence of the forest religion Shinto.

The next few decades will tell whether we figure it all out in time, whether we make the switch to sustainability in time or whether we wreck the ecosystem to the point that human civilization proves to be a failed experiment. But if it were not for those have brought a Pagan voice to the topic for the past two centuries, we’d be in a deeper hole than we are; and we will not get out of it without a deeper consideration of nature as sacred.

Subscribe to The Zen Pagan via RSS or e-mail! 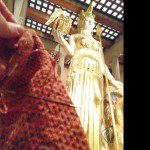 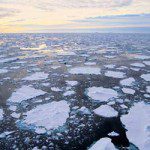 July 23, 2014 Socially Responsible Magic: Are We Walking the Talk with Climate Change?
Recent Comments
0 | Leave a Comment
"Thanks Kyllein and sorry that I didn't respond sooner. Yes, I agree, it was well ..."
Brianne Raven Wolf Between Two Worlds: Anna, Another Lesson ..."
"Charlie, wow, thank you. I got to your article by searching for the meaning of ..."
Madam. V. Of Light & Shadow: Anubis, God ..."
"That's such a very reassuring article. I too have a little of that "being outside ..."
JenniWest The Corner Crone: Theory, Practice, and ..."
"I'm so glad you had a good time Martha! Can't wait to see you next ..."
Nathan The Corner Crone: Theory, Practice, and ..."
Browse Our Archives
Related posts from Agora