I admit to being a huge football fan — well, until the most recent scandal was thrust into the forefront of everyone’s mind by video cameras and TMZ. Many watched in horrified fascination as Ray Rice of the Baltimore Ravens struck his then-fiancée (whom he has now married) to unconsciousness during an argument. Rice’s two-game suspension created a backlash against the National Football League and placed a spotlight on spousal and child abuse of immediate family members of NFL players. 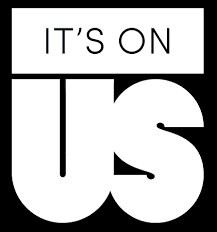 The NFL, with its multimillion dollar players and multi-billion dollar bottom line, is a convenient target. While this media storm continues, the president with celebrities last Friday launched the It’s On Us campaign. The campaign’s goal is four-fold:

There is an online pledge that college students can take and educational material around when assaults are likely to be perpetrated or experienced on campus (IT’S ON US Campaign Website, 2014).

However, Rutgers University is leading the fight with their mandatory orientation campaign presented for incoming freshman called “Let’s Talk About It.” In this graphic depiction, upper classman improvise a scene where two people drink alcohol, and eventually the male overpowers the female actor. The orientation attempts to illustrate and begin conversations around sexual assault and how that intersects with college campus life. (Rutgers University Web, 2014) Their free interactive seminar is available to nonprofit, educational, and government institutions.

What never escapes my mind, as a mother and a pagan, is that these discussions were once led by a Council of Mothers. In many indigenous tribes, the council of mothers were the quiet power behind any leader. They appointed tribal leaders they had raised and groomed for the position. The Council of Mothers could even remove leadership should their choice be proven unwise.

As tribal societies have broken down, so has the influence of the council of mothers. As the natural keepers of the earth and indigenous traditions, women have long worked behind the shield and sword in tribal society to keep the peace and bring civilization and balance to men whose very lives were shaped by the animals they hunted and killed. Their prowess as warriors relied upon their ability to violently protect the village and women within. Women, however, unflaggingly required male leaders to find compassion, honor, humility and grace in societies whose very existence were violently held.

Some of our most popular games are the most violent–notably rugby, whose origins are linked to the clan culture of the Celtic Race; lacrosse, whose origins are linked to the American Indian ball game; the Scottish game of shinty; tī rakau from the indigenous people of New Zealand; and soccer, whose origins are traced by some historians back to the ancient Mayans’ Ball Game involving two stone hoops, one ball, and two teams. The link between tribal and clan violence and these games is most eloquently experienced on YouTube between the Iroquois National Lacrosse Team and the New Zealand Lacrosse team through chant and dance (LAX.com, 2014). You cannot look at the warriors of New Zealand’s lacrosse team and not envision the ancient warriors of that nation preparing for war in a similar manner.

Yet, even here, the council of mothers is missing. There are no women on the sidelines supporting the fighters. The honor and glory of the game is diminished by the lack of female presence and praise. This need to have both genders reflected, honored, and praised for their unique contributions to society often gets shuttled to the side and drowned in the shouting for sexual equality. I have never taught my son that the sexes were truly equal. He doesn’t need me to tell him that his nearly six-foot frame of lean teenage muscle could easily overpower me if he wanted to. He knows this.

No, what he was taught from a young age was that I am part of his Council of Mothers. We represent to him that all should be EQUALLY VALUED, including the persons of other genders who have taken residence on the council with me. I may not be able to overpower him physically, but that apparent weakness is part of my strength. That I can rise and overcome physical difficulties to cook for him, do his laundry, and shuttle him around as he needs is a testament to a strength of spirit he has not needed to possess yet.

His Council of Mothers includes his Aunt Yannu. Another High Priestess and devote of Frigga, she is the mother of four children (three girls, one boy), and when I must travel and he cannot be with me, it is into her care I commend my child. It includes Laurie, his step-mother, a high priestess and devotee to the path of Stregga. I know from his talks that she brings a fierce Italian womanhood to bear when dealing with our son. It includes his Aunt Crystal, High Priestess and devote of Yemaya. This black goddess, advocate, and activist features prominently in any conversation we may have around race and privilege. There is his Aunt Katie, whose maiden love of his brother Nate is a journey he has witnessed firsthand. Through it he has discovered a new appreciation for the strength that can occur when two opposing forces agree to walk together. Aunt Nancy is the oldest mother he bears witness to, and recently he said to me that she was the one he was most afraid of: “After all, she was the one that decided to pet a wild black bear and got away with it. I wouldn’t mess with her.”

My boy’s council of mothers also includes Uncle Jerrett and Uncle Kyler, gay men who advocate for tolerance for all manifestations of maleness and femaleness, even that energy that may seem to be both at once. Along with Uncle Nate, my boy has found that he is not ashamed of being openly bisexual and readily accepting of other variations of genders.

I encourage Family Covens to seek out and name a Council of Mothers for their children, male and female. Seek out various ages, genders, sexual orientations, races, classes, and opinions. Ask them to help you raise your child as a guiding lights. Then look around you. What children are in your sphere of influence? Are there children you could become part of the council of mothers for? Is there a tween child that you could take out for ice cream and encourage them to talk about healthy boundaries when dating and healthy views about sexuality and violence?

Post-tribal society, we can all move to form council around children being raised in our communities. We can volunteer to support, through word and deed, parents raising children. Because it isn’t the White House, Rutgers University, or the NFL that will have the greatest impact in lowering the rate of sexual violence. It is the council of mothers that forms the landscape of children’s lives. It is the quiet word and seemingly off-handed comment. It is the praise of physical prowess tempered by the principle that physical abuse of others is not acceptable. It is the equal value placed upon children of all genders that ensures their own feelings of equality.

Birthing Hereditary Witchcraft is published occasionally on Agora. Subscribe via RSS or e-mail! 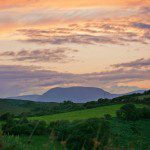 September 24, 2014
Alone In Her Presence: The Goddess Is In The Dirt
Next Post 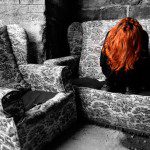 September 29, 2014 Seekers and Guides: The Downward Spiral - Depression and Suicide in Paganism (Part One)
Recent Comments
0 | Leave a Comment
Browse Our Archives
Related posts from Agora 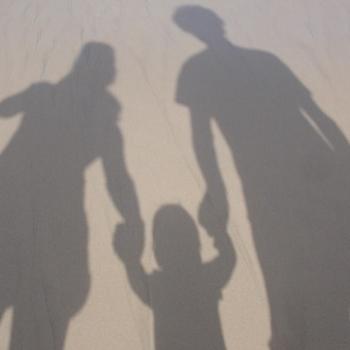 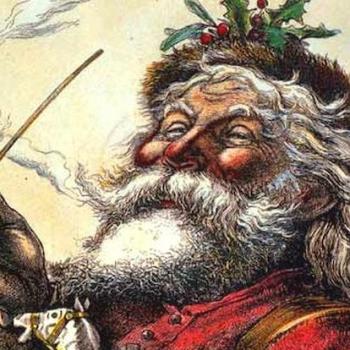