Recently I was asked by The Wild Hunt about what makes a person a Pagan Elder. In my response, I noted that  didn’t feel that a Big Name Pagan (BNP) was automatically an elder. Indeed, this year the Pagan community has struggled with a number of incidents where BNPs engaged in questionable behavior. (You don’t have to be a BNP to engage in questionable leadership, though, as Shauna Aura Knight explains in this post). However, I want to focus on BNPs because I think that the Pagan community invests authority in BNPs that is unwarranted. Let’s take a moment and define what a BNP typically looks like.

A Big Name Pagan usually has written books or produced music or has organized festivals and is well known for one of those activities. Many BNPs teach classes and some even create mystery schools through which they offer those particular classes. They also travel and present at festivals. They are interviewed in magazines and podcasts. They write articles for sites such as this one. Some of them are part of specific magical traditions and have even founded those traditions. All of them have some degree of fame in the Pagan pond. I would probably be considered a BNP, though certainly not one of the more famous ones.

So now we have a definition of a BNP. There are a few reasons BNPs are considered to be leaders. The first reason is because they usually teach some type of class. The role of teacher carries with it some authority, which in turn can be associated with leadership. However, just because a person is good at teaching doesn’t mean that same person is a leader. Teaching isn’t the same as being a leader, though the roles can draw on similar skills. And while it can be argued that a teacher should be responsible for what they teach, that responsibility doesn’t automatically transfer over to leadership skills.

Another reason a BNP might be thought of as being a leader is if s/he founds a tradition or holds a position of authority in a tradition. This is a legitimate reason for thinking such a person is a leader, but one of the questions we should ask is whether or not leadership skills have been taught to the BNP (or anyone else occupying such a role). If leadership skills aren’t taught, then the person won’t become a leader by default. They will still have to learn the lessons everyone else has to learn, and they’ll likely learn them the hard way. A person doesn’t become a good leader without proper training, and just because someone has founded a tradition or belongs to one doesn’t automatically mean they have leadership skills. It just means they occupy a position of authority. The question to ask when finding yourself in this role is: “What have I done to earn that authority?”

Yet another reason a BNP is associated with leadership is fame. While that person may not be as famous as celebrity or a politician, within the Pagan community such fame can have a similar effect. For example, I was once told a story about a BNP and his wife who referred to themselves as occult royalty. They seemed to think that being famous made them something special. The problem with such fame is that it can be addictive and misleading. We live in a culture at large where fame is often equated with authority and leadership, even though the majority of people who are famous tend to make fools out of themselves on a regular basis. What we should remember is that just because a person is famous doesn’t mean s/he is a leader. And if that person seems to indulge in the fame, we should consider it a red flag.

One of the recent scandals involved Christian Day, the author and bookstore owner. A BNP posted a long complaint on his Facebook wall about how people had asked him to take a stand and say something about a recent scandal. These people wanted him to denounce Christian Day. In his complaint, the BNP explained why he wouldn’t do that and also explained why he wasn’t a leader and didn’t want people expecting him to lead them. This is a fair enough request, but what it highlighted to me was the expectation that people have that fame equates to leadership, without really considering whether or not a famous person is fit to be a leader, or if s/he wants to be one. Just because someone is famous doesn’t mean that person is automatically a leader.

I think the Pagan community needs to be more discerning when it comes to associating BNPs with leadership. We need to ask what makes a person a good leader and then weigh that against what the person is doing. Is the person visible for the right reasons or the wrong ones? Shauna and I got into a conversation about visibility vs. fame, and she pointed out that a leader does need to be visible, but the leader should not encourage fame. Instead, what a leader does is make sure that people see who s/he really is, faults and virtues included. By keeping it real, the leader stays grounded and recognizes that his/her authority has more to do with the role s/he has taken on than anything inherent in him/herself.

I also think a leader operates from a place of service. What that means is that the person is choosing to serve the community over his/her own interests. As such, fame is not important. What is important is being able to serve the community by becoming a good leader. Becoming a good leader involves learning and applying leadership skills as well as sticking to a code of behavior that reflects those skills. In other words you have to walk the talk… not just talk it.

I think some BNPs are good leaders. But I think as a community, Pagans need to carefully look at our standards of leadership and ask if those standards are really being fulfilled by the people who are put into positions of leadership (BNP or not). Let us not buy into the cult of the BNP, but instead question that cult carefully and ask ourselves if we really want a BNP to be a leader just because that person wrote a book or put out an album. There’s nothing wrong with recognizing a talent for writing or art or something else, but let’s not make the mistake that such talent automatically makes a person a leader. While we can appreciate talent, we also need to appreciate the difference between it and the qualities required for good leadership. 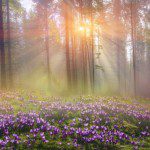 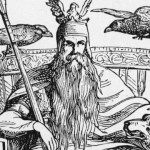