Queer of Swords: Not God but god?

A bit more than eight years ago I moved permanently to the United States from the UK. A lot about our countries are essentially the same, but there are some differences that run deep. Back in the Old Country, it was extremely common to identify as atheist, or at least some flavor of spiritual-but-not-religious. People of faith were generally respected so long as they didn’t frighten the horses. We had our knocks at the door from earnest young faces wanting to tell us about the tracts they had with them, of course.

In comparison, I have to say, America often feels like a Star Trek transporter-accident mirror universe. Here, the default is to proclaim oneself rather emphatically some-kind-of-Christian, or failing that a member of one of the other better known alternatives. Coming from somewhere with a state-sponsored religion where religion wasn’t really the default, it was bizarre to find myself in a society that essentially bans state religion, but where religion is expected. More particularly, nothing prepared me for the unbridled hatred that seemed so common toward people of no faith whatsoever. Atheist, it seemed, was several notches worse than baby-devouring devil worshipper.

I couldn’t really figure this out. It didn’t really make sense to me. Years later, a chance conversation with someone who happened to be very devout explained it to me – the question really falls on something more fundamental – the nature of morality. If, as was claimed, morality exclusively is divinely given, then someone without religion must of necessity be without morality. Such people might get up to anything. Coveting each other’s oxen, cheating on tests, taking drugs, stealing things, murder, adultery. Even a bit of baby eating. You never can tell with those people.

Coming from a country of mostly-those-people, which happens to have rather lower crime rates and, I am proud to say, negligible offspring consumption, this seemed pretty ridiculous to me. But then, a great many atheists I knew were terrified of the morals of the religious. Thing is, atheists have to figure out morality for themselves. Atheists need their own moral compass because no one else’s canned morality is available. People who claim to get their morals from a Book, then, are pretty scary because they are explicitly claiming that they do not have a moral compass of their own. As atheists fear, the Book says jump, the religious merely ask, “How high?”

My own trajectory through all of this is enmeshed with my coming to terms with being transgendered. I was brought up in the Church of England, a Pope-free but moderately smells-and-bells variant of Christianity. Not very charismatic. Terrible, terrible singing. Village fetes. Politeness, homophobia and a touch of racism. My inability to reconcile the two blew some mental fuses in my early teens, resulting in my identifying as atheist for many years. Effectively, my innate moral compass was out of whack with the teaching I’d received. My religion ended because my morality refused to accommodate it – my need to be compassionate to others and to myself trumped the canned bigotry I was expected to take on board.

Eventually I drifted toward paganism because an inconvenient quantity of unverifiable personal gnosis did not respect my personal choice to identify as hard atheist. I never quite managed to be an earnest convert, however. I had to accept that there was something more, but that didn’t justify adding two and two and making five. I called up gods and spirits and daemons, with interesting results. But, personal experience notwithstanding, I could never quite buy into the Gods with a Captial G concept. I suspect that those fuses are permanently blown.

I can’t really call myself a hard atheist any more, not that I’m quite sure what a soft atheist might look like anyway. Agnostic doesn’t work, because it was the gnosis that got me into all of this in the first place. Spiritual-but-not-religious? Not exactly – I’ve participated in plenty of ritual that would qualify as religious. There most likely isn’t an obvious box I could put myself in, but suffice it to say that I have my own moral compass and strongly resist its subsumption. This makes me not very compatible with organized religion.

I have to say, witch works pretty well for me. I don’t much care what anyone else believes. It’s what they do that counts. Compassion is everything. 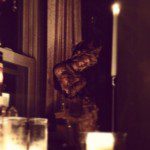 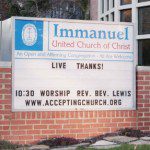 November 21, 2014 The Zen Pagan: ﻿Gratitude, Schmatitude
Recent Comments
0 | Leave a Comment
"Another post written by someone who hasn't actually read the mythology they are talking about ..."
Kris Hughes The Rantin’ Raven: Who Was Mabon?
"What has always worked for me -- e.g., with no negative blowback that I have ..."
Cathryn Meer Bauer Radical Pantheist: Defining Unethical Magic
"I feel like, with any craft, there are definitely rules. If you don't follow the ..."
JenniWest Cross and Crossroads: What “No Rules ..."
"She crossed the Rainbow Bridge early, but she will be waiting for you when you ..."
Kyllein MacKellerann " Stirring the Brew: Underworld Crossings
Browse Our Archives
get the latest updates from
Agora
and the Patheos
Pagan
Channel
POPULAR AT PATHEOS Pagan
1