Throughout history, human culture has been built on influences from earlier cultures. The shoulders of bygone giants have been well and truly stood upon. Starting from scratch is really hard, particularly when our aim is to create something complex. In science and engineering, basing new work on established practice is expected, to the extent that people trying to be genuinely novel have a really hard time having anyone take them seriously.

If you stand back a couple of paces and squint a little, the history of religion is much the same. Though names, dates and places change, the Big Ideas can be traced back about as far as we have records. Many of the old gods can be seen as equivalent if you’re not too picky about details. Even when the deities concerned are distinct, their heroic stories often have a surprising amount of commonality.

The transmission of culture is, therefore, central to understanding culture itself. For most of us, we receive our culture from our environment, starting with our parents, then our friends and peers – such transmission is largely passive, serving to maintain the status quo rather than change it. Sometimes, culture is passed on because someone encounters an idea so persuasive that it changes them – these initiatory experiences can not be taken back, and often happen involuntarily. The third, and perhaps most morally dubious way that culture propagates is by force – invasion, forced conversion, oppression, slavery, forced suppression of language and religion, effectively all the things cultures do to maintain power over others.

Since the early 18th Century, western society has embraced the idea that artistic works belong to their authors. In 1710, the British parliament enacted the Statute of Anne, the world’s first copyright law. By legislating against plagiarism, this law effectively drew a line in the sand that said that some kinds of cultural transmission were acceptable and others were not.

Winding the clock forward to the present day, it has become common to hear people being called out for cultural appropriation. Though there are clear cases where cultural appropriation is unquestionably wrong, there are plenty of grey areas. On one extreme, a white male American Christian in blackface wearing faux African costume would find it pretty difficult to convince anyone that their intentions were not racist. On the other extreme, it would be highly inappropriate to call out an African American practicing Santeria for adopting aspects of Catholic symbolism.

Pretty much all modern Pagan paths are highly syncretic, with some extremely so. The Feri tradition, founded by Victor and Cora Anderson in the last century, pulls in material from just about everywhere. Wicca is effectively a blend of British folklore and influences from the Western Hermetic Tradition, most likely passed down via the Golden Dawn. These traditions were predated and influenced by the grimoire tradition, itself a copyright lawyer’s nightmare of misattribution and cutting-and-pasting.

Whether we like it or not, whether we accept it or not, we are neck deep in cultural appropriation. Our gods, spirits, angels and daemons are mostly hand-me-downs and/or lifted wholesale from previous traditions. No one is likely to give someone a hard time for calling up Zeus, but is that just because there are no ancient Greeks left to complain? Even then, Zeus was supposedly passed down from Indo-European roots, so wasn’t even strictly Greek anyway.

It is a principle of copyright law that works can be protected, but ideas can not. In law, if I write a treatise on the right way to appease a particular spirit, I can expect to be able to tell someone to cease and desist printing and selling an unauthorized verbatim copy. I can not, however, tell them what to do with the knowledge imparted from the text. One of the things that artists often find difficult is that once a work has been completed and handed over, we lose control entirely. If I write a piece of music it might have incredibly deep and specific meaning for me, but you might be transported entirely elsewhere by the experience. Indeed, there will be as many distinct experiences as there are witnesses. Who has the correct appreciation of the artwork? It would be naïve to think that my own ideas about my art’s meaning have any greater merit than anyone else’s. Similarly, if I was to write about a particular religious practice of mine, I can not expect to control what anyone else might do with that information. I have to be prepared to give away the idea – if the idea is not free, it is not useful. In the Google era, keeping practice from being appropriated is effectively impossible – if something can be found with 10 minutes of searching, it would be absurd to claim that it is secret knowledge, only to be handled by the initiated.

So how can we, mindful of this, act ethically? Clearly, avoidance of all cultural appropriation is difficult, if not near-impossible, leaving only hard atheism as a refuge. Whenever a minority culture is appropriated by a majority culture there is particular danger, but this distinction is too simplistic to be sufficient to prevent all possible harm. We must therefore choose carefully between what is appropriate and what is inappropriate. We must use our will and moral compass to find the path toward the greater compassion. 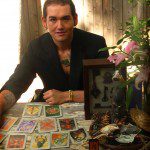 December 3, 2014
Alone In Her Presence: Lou Florez - The Cultural Exchange of a Lifetime
Next Post 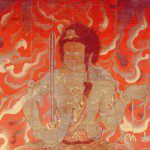 December 5, 2014 The Zen Pagan: #Ferguson: Righteous Anger and Wrathful Deities
Recent Comments
0 | Leave a Comment
"This is great, thank you! Litha blessings!"
Elaine Kolp Salt City Pagan: How Pagans Celebrate ..."
"I think its awesome youre a Buddhist and a Pagan. Namaste! I became a Pagan ..."
Brianna LaPoint Salt City Pagan: Why I Choose ..."
"Energy cannot be created (what is having children then?) nor destroyed. I think that this ..."
Brianna LaPoint Salt City Pagan: Why I Choose ..."
"Just a quick note to say that I very much appreciate your melding of science ..."
Katherine Osburn Salt City Pagan: Expanding on Disbelief
Browse Our Archives
get the latest from
Agora
Sign up for our newsletter
POPULAR AT PATHEOS Pagan
1 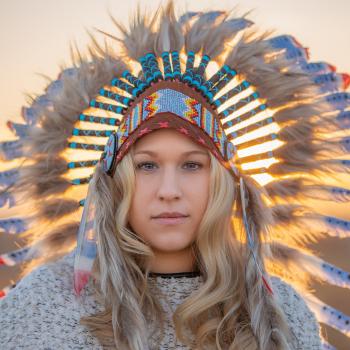