The Busy Witch: When the Gods Become Characters – Fiction and Faith

I can’t seem to get away from mythology and archetypes. My writing practice has grown up alongside my experiences with magic and the gods, so it’s probably no surprise that mythological elements play a huge roll in my fiction. In fact, Beautiful Curse, my newest Young Adult novel which was just released, is a contemporary retelling of the myth of Cupid and Psyche.

It’s been a really interesting experience writing mythology-based fiction, particularly when it comes to creating characters out of gods and goddesses who may be familiar to me. Although my nonfiction stems very much from a place of personal truth, my fiction is just that: fiction. Still, it can be challenging to craft a character out of a deity.

A great example of how I’ve played with this strange alchemy is the character of Aphrodite. She plays a major role in my YA Paranormal trilogy, starting with Daughter of Chaos, and Aphrodite is also present in Beautiful Curse. Although the two characters are “the same” goddess, they are very different creations in the two different stories. In Daughter, I created an Aphrodite who’s a little bit spoiled, but very sweet, sensual, and warm. In Beautiful Curse, however, the character of Aphrodite is vain and spiteful, verging on being outright cruel to the protagonist. Are they both Aphrodite? Well, sure, in a fictional sense, but neither character is the goddess I would speak to if I wanted to work magic with Aphrodite.

When I first started writing fiction, I will admit that I was a little worried that my characterizations of the deities might get me in some celestial trouble, but I’ve realized that, like my mortal characters, these gods and goddesses are my creations. Sure, I draw heavily on various myths to help me craft these characters, but at the end of the day, when I use mythological figures in my novels, they’re fictional. Hopefully, if I’ve done my job well, these characters may strike a chord with readers, and I would love it if my novels sparked the interest of a reader or two to pursue some actual nonfiction mythological reading, but the gods I write about in my books only exist between the covers of my story.

Still, I make a point to offer thanks to the deities who share names and attributes with my characters, just in case I’ve accidentally offended them. It seems prudent, since my love of mythology and my penchant for retellings don’t seem to be waning. I’m not the first author to play with gods and goddesses in fictional ways, and I hope I won’t be the last; there’s a lot of power in the old stories that can be told in a myriad of ways.

The Busy Witch is published on alternate Tuesdays. Follow it via RSS or e-mail! 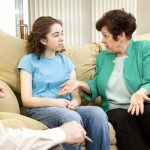 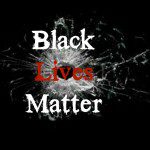 December 10, 2014 Socially Responsible Magic: The Reality of Racism Can't Be Ignored
Recent Comments
0 | Leave a Comment
Browse Our Archives
get the latest from
Agora
Sign up for our newsletter
POPULAR AT PATHEOS Pagan
1