Socially Responsible Magic: Why I’m Excited about BRINGING RACE TO THE TABLE

Crystal Blanton, Brandy Williams, and I have been editing and working on an anthology called Bringing Race to the Table: Exploring Racism in the Pagan Community for the better part of the year. Later this week, the anthology will be available and I’m excited, partially because its always good to see a project get wrapped up, but mainly because I think this anthology is needed right now, as we continually deal with the reality that racism isn’t gone and that it still plays a significant role in our American culture and to some extent in the Pagan subculture as well.

Confronting the reality of racism isn’t easy, nor should it be, but it is necessary if we are ever to deal with it. And yet what we must also confront is that racism isn’t something that will ever be conclusively dealt with until we learn how to recognize how it shows up in all of our lives, both overtly and subtly. That means learning how to be present with our actions and thoughts and being able to call ourselves out as well as to call others out. It also means taking a firm stand and deciding to no longer tolerate racism in any form.

The events of 2014 have only confirmed how much racism is still embedded within American society. But such confirmation can be found everyday in how people treat each other. For example, when you see a person of a different race, what’s the first thought that enters your head, and why do you think that thought as opposed to something else? Whatever you think may be uncomfortable to sit with, but if you can make the effort to sit with it, then you can discover a lot about yourself and how you relate to other people. You can even choose to consciously make a change, though you may find it requires sustained effort to be successful for the long run. You may also find it quite uncomfortable to recognize just how deep some of your own thoughts and beliefs go. But left unexamined, they will never change, while if they are examined, you can make a decision — hopefully one that betters your awareness of how you treat other people.

Racism will never be shifted unless we start the change from within ourselves and extend it outward in our treatment of each other. While being aware of our thoughts is a good first step, another step we must take involves looking at what we can do to create genuine equity for all. This needs to occur on multiple levels of our society and culture. It is slowly happening now, but for such changes to be permanent, we need to recognize how racism is built into the very systems are in our lives. We need to see how racism is built into the education system, the job and business opportunities or lack thereof, and in the popular culture we enjoy. We need to critique and change it, calling it out and not tolerating any expression of it, for it is counterproductive and harmful to all of us.

Bringing Race to the Table is an anthology put together in the hopes that we can shine a light on racism and how it shows up in the Pagan community. There have been other articles on this topic and there will be more, hopefully prompted in part by this anthology. By looking at racism as it shows up in the Pagan community, we hope to show how it can be addressed there, and as a result perhaps how it can be addressed in other communities as well. There are no easy answers offered, but the answers you find will be worth the reading and whatever it brings up for you, if you are willing to work through what you initially feel and embrace the opportunity to grow and to work with others who want that same opportunity.

When we talk about racism frankly, we open the opportunity to make a change in our society because we aren’t trying to pretend it doesn’t exist. So long as stereotypes proliferate, so long as the appearance of a person and their skin color is used to judge them, and so long as there is inequitable treatment of people through profiling and other systems, racism will continue to exist. But if we can talk about it openly, call it out for what is, and make the effort to change both ourselves and the systems that we know support racism, then we can help to create a more equitable world for everyone. 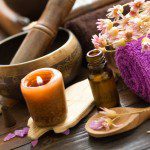 January 20, 2015
The Busy Witch: Stepping Outside Our Boundaries
Next Post 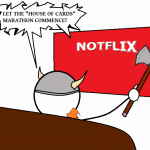