[Editor’s Note:  This is a guest post here on the Agora by a contributor on our A Sense of Place blog, James Lindenschmidt.  We hope you enjoy this article here and hope that you’ll visit his regular home there as well.]

I don’t regard Valentine’s Day as a particularly Pagan holiday, although some of the ideas and practices around Valentine’s Day have their roots in Paganism. Regarding its namesake, relatively little is known about Saint Valentine. According to the prevailing narrative, he was a 3rd century Roman saint (or possibly an amalgam of two people), martyred on February 14. In the 3rd century, the political structure of Rome was well-established. As “country-dwellers,” the Pagans were largely those who had already been conquered, those who existed outside the protection, but under the dominion, of Rome, with some existing on the fringes and beyond the borders of the Roman Empire.

Valentine’s Day was first established in 496 by Pope Gelasius I, more than a decade after the fall of the Western Roman Empire. This was a time of enormous political and social transition for the Pagans as well as the Romans. This same Pope had crushed the celebration of Lupercalia, a public, 2-day fertility festival, given that all Pagan rites had been outlawed. The Pagans resisted, struggling for their right to celebrate their traditional holidays and culture. Over time, Gelasius’ aim was accomplished, and Valentine’s Day replaced Lupercalia in public consciousness.

After a few centuries, it was embraced by the nobility in their culture of courtly love. Chaucer popularized it in in his works. Exchanging handmade gifts, often paper tokens or cards, became a common practice. Soon after Chaucer, great changes were coming to Europe.

By Shakespeare’s time, the romanticization of Valentine’s Day continued. People of the court could enjoy their candies, cards, and other trinkets, often under the lingering smell of smoke from the latest Pagan who had been burned alive in the square.

The Witch Hunts were a time of extraordinary transition and struggle across Europe, as feudalism gave way to capitalism. The brutality that accompanied this time period, when so many of our present cultural ideals were being established, remains the paradox of our age:

“In this ‘century of geniuses’ — Bacon, Kepler, Galileo, Shakespeare, Pascal, Descartes — a century that saw the triumph of the Copernican Revolution, the birth of modern science, and the development of philosophical and scientific rationalism, witchcraft became one of the favorite subjects of debate for the European intellectual elites. Judges, lawyers, statesmen, philosophers, scientists, theologians all became preoccupied with the ‘problem,’ wrote pamphlets and demonologies, agreed that this was the most nefarious crime, and called for its punishment” (Federici 168).

The Pagan world was shifting radically again, as the Pagans were…

“forced from lands and social relations that provided subsistence without having to sell either one’s products or oneself, ie, they suffered Enclosure. Without these moments of force, money would have remained a marginal aspect of human history. These moments were mostly of brutal violence, sometimes quick (with bombs, cannon, musket, or whip) sometimes slower (with famine, deepening penury, plague), which led to the terrorized flight form the land, from the burnt-out village, from the street full of starving or plague-ridden bodies, to slave ships, to reservations, to factories, to plantations. This flight… drove ‘everyone’ into the monetary system.” (Caffentzis, 238).

By the 19th century, capitalism was well established, and like nearly all traditions, Valentine’s Day was exploited where factory-made cards became the norm. What were ostensibly heartfelt tokens of love and romance became commodities, a process that continues to this day. Nearly $20 billion is spent annually on flowers in the US alone, “60% of which are imported from Columbia. 84% of the flowers produced in Colombia are exported to the United States, but the conditions for those who harvest and prepare the flowers are atrocious” (Van Horn). The chocolate and cacao industry — another hallmark (heh heh) of Valentine’s Day — has similar difficulties.

The prevailing images around Valentine’s Day are also interesting to look at. The first image that comes to mine is Cupid, commonly depicted as a fat, winged child with a bow, arrows, and a quiver. The idea is that he hits you with one of his arrows, and it causes you to fall in love. This is an infantized conception of love, in the sense that it suggests one can become a victim of love, it hunts you, and it is something that happens to you as opposed to something you co-create in relationship. The pre-pubescent imagery also desexualizes romantic love, further obscuring the traditions of Lupercalia.

Given this history of Valentine’s Day, I am a bit suspicious about it and don’t really participate in it. Of course, admitting so in public carries with it a stigma, the reaction is that I am not romantic or that I don’t love my wife or people in my community. On the contrary. I think that conflating a prescripted, commodified expression of romance with love is reductionist at the very least, and delusional at worst. Romantic bliss is not the only possible ontological state of a relationship, it is but one of many necessary for health and longevity of the relationship. Love is both a noun (something you feel) and a verb (something you do). It is co-created in relationship, and does not require dead trees, dead flowers, or chocolate.

James Lindenschmidt has embraced the word “pagan” for more than twenty years, though he is less and less comfortable with that term as time goes by. He feeds his spirit by bonding with his ecosystem, and learning to work with it in better and better relationship. He views fermentation as a devotional practice, with mead being the highest alchemical expression of an ecosystem.

He is originally from the midwest, but has been living in Northern New England for nearly two decades, having settled in a small place in the woods with his family. He is also a music lover, a recording engineer, and an acoustics consultant.

You can read his other writing here on the Pagan channel at A Sense of Place.

February 11, 2015
Alone In Her Presence: Heart Leads the Way - The Practice of Loving Kindness
Next Post 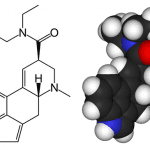 February 13, 2015 The Zen Pagan: ﻿﻿My Best Superbowl Sunday Ever
Recent Comments
0 | Leave a Comment
Browse Our Archives
get the latest updates from
Agora
and the Patheos
Pagan
Channel
POPULAR AT PATHEOS Pagan
1