Today we will be continuing with part 4 of our newest series: “Pagan Life Lessons”. This series is a bit of a break from our usual (community centric) content. We are a people of stories, and how those stories influence our values and spirituality is an important part of who we are.

For those of you who may have missed the first three articles in this series check them out:

Each of us can find our own lessons to be learned from the old ways; these are just a few ways that those stories have helped to improve the quality of my life.

Our community can be very opinionated. Everybody who has ever bothered to peruse the Pagan Blogosphere (or seen more than two Pagans try to have a conversation) knows that our community is constantly arguing with itself. In matters of religion, it’s easy to become stuck in a specific line of thinking. When someone calls into question an idea which we hold dear, it’s normal to feel defensive. That’s perfectly natural (and completely understandable), but it’s important to know how to choose our battles. The knee-jerk reaction that causes us to shut down and play defense can also keep us from taking in important new information.

Never be afraid to change your mind in light of new information; that’s wisdom, not weakness.

This lesson is not only found in our myths and legends but also in the modern history of our movement. Let me present a scenario that just about every Pagan with reconstructionist leanings has encountered.

It’s mid October and the Pagan community is gearing up for the busy season. You find yourself at your computer, digging through dusty digital archives for information on how best to organize the festivities. It’s your turn to host this year, and you are NOT going to be shown up by Luis again.

Stupid, smug Luis with all his… books…

You’ve got a big blue book that says how all of this should go down, but you want to do your homework and make sure you’ve got “sources”. So here you are, sitting in front of your computer in a chair that smells like bourbon and cigar smoke at 2AM, researching all the rituals in your book and…

All of it’s BS. Everything.

The ritual, the “ancient prayer”, the funny looking headgear, everything you loved about the “October” section of your favorite tome has exactly ZERO basis in history.

It’s going to be a long night…

So normally this is where I would include some life altering anecdote in which this ideal affected my spirituality. I’ve got a few of those, but honestly our own history as a community has provided more than enough examples of why this is an invaluable skill.

Don’t believe me? Raymond Buckland’s “Complete Book of Witchcraft” lists a horned “viking helmet” as proper ritual attire for a priest. For those of you who weren’t around in the 80’s, this was an incredibly influential book at that time. With new discoveries and more research, however, many of our ideas and practices had to adapt in light of new information. Of course, plenty of us decided to ignore that evidence and keep right on going with their priestly-hat-making rituals.

Now far be it from me to say you can’t wear whatever you like during your holiday festivities. You go! Get DOWN with yo’ pointy-hatted-self! Just don’t try to say it’s a historically accurate representation of… well… ANYTHING. The point here is that people have a bad habit of clinging to whatever information they receive first and rejecting anything that conflicts with that narrative.

Want to see that instinct in action? Grab a four year old child and introduce them to Barney the Dinosaur singing “Peanut Butter and Jelly” (1995). A week later, introduce the same child to “Peanut Butter” by The Marathons (1961). That child will (probably quite indignantly) claim that The Marathons stole that song from Barney, and WILL FIGHT TOOTH AND NAIL if you try to correct them.

People hate admitting their wrong, and will often go to great lengths to deny anything that would force them to do so. This goes for big topics like religion and politics as well as the little things in life like debating the pros and cons of disposable vs. reusable diapers or the best way to arrange things in the dishwasher. We hate to lose and will often gladly make our own lives harder just so that we don’t have to admit defeat. Part of what the Lore teaches us is that we need to be open to new ideas.

I’ve written before about Odin being a god of questions. The Allfather’s story teaches us the value of viewing new discoveries as a victory, rather than a challenge. When I discover that something I previously believed is incorrect, I have learned something. I have bettered myself in some small way. Being willing to let go of outdated assumptions doesn’t make us weak willed, it makes us open to wisdom. 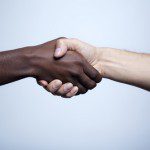 March 4, 2015
Socially Responsible Magic: Why We Need to Have the Hard Conversations
Next Post

March 10, 2015 The Witches Next Door: Being on the Same Path is Awesome! Except When it isn't
Recent Comments
0 | Leave a Comment
"Thank you for the encouragement."
Willow Rose Simple Witchery: Practicing Self Care When ..."
"I read 'Diary of a Witch' and 'the Complete Book of Witchcraft' as a teen. ..."
Brenda Keitt Irish-American Witchcraft: Top 5 Favorite Witchcraft ..."
"Thank you, The Gods choose who they wish to work with. For anyone to speak ..."
Lilith Azrael Andersen Being an Irish Pagan in America ..."
"Marian green, yasmine galenorn, starhawk."
Sam Irish-American Witchcraft: Top 5 Favorite Witchcraft ..."
Browse Our Archives
get the latest from
Agora
Sign up for our newsletter
POPULAR AT PATHEOS Pagan
1