Several years ago my karate teacher took up competitive ballroom dance. I’d never seen her compete — or indeed, any competitive ballroom dancing — until a few weeks ago, when I got a call from her asking me to come to the Baltimore Dancesport Challenge and see if I could put my shiatsu skills to work to help her dance instructor, who had pulled a muscle. Because dancers are show biz folks, and show biz folks live by the motto “The show must go on”, he was still dancing on that injured leg when I arrived. So I had the opportunity to sit and watch for a while.

The dancers spanned about a half-century in age, and I was struck watching one boy who couldn’t have been more than six, first dancing (with great focus and discipline for a kid his age!) with a girl a few years older and a foot and an half taller, and then standing on the side freely bopping around to the beat.

Ballroom isn’t my thing, but that kid’s frolicking reminded me that the same joy in movement underlies both the oh-so-civilized fancy dress organized performance sport of ballroom dancing and the unbridled primal frenzy that finds expression when we dance around the fire.

We are a dancing people. When I was writing Why Buddha Touched the Earth and wanted an opening scene that would immediately give non-Pagan readers some insight, I wrote about the opening ritual at Starwood and the spiral dance that’s part of it, how a friend looked back at me as we danced and exclaimed, “I love being religious!”

Years later, when that friend was on crutches after an injury, we still danced at FSG, taking one slow lap around the fire while she leaned on me. (It’s sort of a tradition for us that FSG doesn’t officially happen until we dance together.)

If you can hobble, you can dance.

(Heck, you don’t have to be able to hobble. I’ve danced around the fire with people in wheelchairs.)

This is important to me because dance is one of the ways I connected to my body, found my physicality. When I was a kid I was so uncoordinated that during gym class I was sent off to special sessions where a teaching assistant would play catch with me in an attempt to improve my hand-eye coordination. It took me forever to learn to ride a bike. I was the last to be chosen whenever teams were picked, and when I played rec league sports I spent as much time on the sidelines as the coach could get away with before he put me in at the least vital position.

Whether it was because I spent too much time reading and not enough in physical play, or whether my klutziness drove me to spend more time inside my head, I was disconnected from my body.

“Now wait a minute,” those who know me may be objecting. “Tom, you’re a fifth-degree black belt in karate. Your coordination is well above average. We see you dancing around the fire, and your Facebook wall is full of photos of you out on the dance floor. You’re known for usually being one of the most footloose dancers on the floor when the music starts.”

And that’s true, but it’s all learned and trained. There’s no natural grace behind it. And I got to learn that only because I found patient teachers in the karate dojo, and friends who didn’t tease me on the dance floor. Call it part of my personal rewilding, if you like.

That’s why the whole #finddancingman story hit me sort of hard.

If you’ve missed this story when it blew up last month, the short version is that back in February one of the boards on the notorious website 4chan (“/pol/ – Politically Incorrect”) had something vile called “The Official Friday Fat Shaming Thread!!!” You can guess what a fine sample of thoughtful consideration of the obesity epidemic that was. But one particular post somehow was too much even for the bottom-dwellers of a fat-shaming thread on 4chan. Two photos of an overweight man, the first of him dancing, the second of him looking down at the floor with a dejected look, and the caption: “Spotted this specimen trying to dance the other week. He stopped when he saw us laughing.” (You probably don’t want to follow that link to the 4chan thread.)

Quite a few of the 4chan posters pushed back on this, and the photos and the story of the shaming went viral. It ended up with tens of thousands of dollars being collected with the idea to throw a party for Sean, the man who was bullied, and to the start of a new anti-bullying campaign, the Dance Free Movement

Now, satirist and “internet personality” Maddox, a.k.a. George Ouzounian, has some contrary thoughts about the whole phenomenon that are worth considering. Maybe Sean didn’t really want to be the center of a global social media phenomenon and feel-good narrative but is trapped in it now. So let’s not necessarily take this as a model of how to behave when similar cases come up.

But let us do stand up on an individual level when we see bullying. And let us always invite each other to dance.

My next scheduled events are the Free Spirit Gathering in June and Starwood in July. I intend to be doing a lot of dancing at both. Join us. 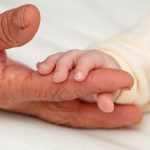 April 9, 2015
Birthing Hereditary Witchcraft: What are We Fighting For?
Next Post 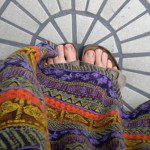