Spear of Athena: Reconstructionism as Methodology, Strengths and Weaknesses

[Editor’s Note:  For a “throwback Thursday” Conor wanted to share an essay originally written as part of his clergy application within Hellenion.  It was originally posted on his site, Under the Owl’s Wing, on August 13, 2013]

The strengths and weaknesses of reconstructionism as a methodology are many and varied, and are things that could be hotly debate by individuals for a while, the views presented are my own as arrived at by introspection and contemplation as well as by interaction with various Hellenists and reconstructionists of other polytheistic faiths.

The biggest strength of this methodology is that you don’t  have to make things up as you go along. Reconstructionism has a base foundation set-up, individual devotional rites may vary from person to person but will tend to have the same essential form. This method also provides us with a calendar (however vague it may be) and sets us up a way of tracking time that reinforces our religious identities and helps us separate ourselves a bit more from the sometimes secular, sometimes Christian culture that we are surrounded by.

Another benefit of this approach is that we can more clearly and more carefully define who we aren’t and who we are. Polytheistic religions in general tend to have many variations and nuances from region to region (just looking at Hinduism [not technically polytheistic, but close enough in function], Shinto, and West African religions) even among the same general “grouping” given to the faith from those with an etic perspective. Thus certain boundaries get very blurry and it can cause the ‘essence’ or the distinctness of the faith to be muddled with other traditions. This is not to say that this methodology prevents people from doing these things, but rather that things can be a bit more clearly defined as Hellenic and non-Hellenic, though not with one-hundred percent precision. In concept this is a big asset to allowing religious exploration in other areas in so long as it results in a dual practice [two religions that are practiced by one person yet kept separately] and not syncretism (historical syncretism is a different issue and will not be discussed at this time). A Hellenist should then, very easily, be able to practice Shinto, Kemetism, Heathenry, Ceremonial Magic, Buddhism, or Hinduism assuming that it does not interfere with or appropriate things from their Hellenic faith. Sadly this concept is not always followed and persons who engage in dual faith practice are often marginalized by other Hellenists and driven from groups, which is a habit that we must avoid.

We also can (with some ambiguity) point to what the ancient Athenians or Spartans did and draw from this into creating a modern practice and tradition that will withstand the test of time. This however, is also a big problem for us as many folks assume that they must draw the attitudes from these time periods and places as well which is certainly not the case. We see this most prominently with the treatment of magic within the Hellenic community. The objections are generally rooted in ancient attitudes and beliefs about magic which aren’t necessarily reflective of modern magic and certainly not indicative of the behaviors and attitudes of Hellenists who have such practices. There is no general worldview that can be reconstructed, I believe, since worldviews are born into and altered from there, immigrating into another country will not result in a person adopting that country’s worldview wholly, but rather will result in an augmenting of their former worldview and even after decades of immersion the individuals often only adopt a fraction of the worldview. Thus we should mindfully and carefully adopt these attitudes and viewpoints and keep in mind that the worldview of the ancient Hellenes was not universal and did change throughout time. Doing otherwise will result in a stagnant faith that will not survive the next two hundred years.

Our wealth of source materials and secondary academic texts is also another example of something that while being a huge asset is also a huge burden and potential failure. It benefits us for the fact that we have things clearer than some other reconstructionist faiths (Celtic Reconstructionism, Natib Qadish, Reconstructionist Heathenry etc.). We also have a wealth of preserved myths and philosophical writings that can be used and read by modern Hellenists as a means of connecting with the gods and honoring them. This, however, is also a big burden because of the text bias imported from Christianity by many Hellenists. Appeals to Plato, Sallust, and Hippocrates to “prove” an individual correct or incorrect are all too common within Hellenic circles and the sentiment that if it isn’t in Burkert you shouldn’t do it seems to be even more pronounced. These attitudes are dangerous. The information we do have is often incomplete and thus means that we must fill in the gaps with innovations fueled by personal gnosis. There is an issue however with many Hellenists blocking attempts to do this via social pressures and exclusions by generally citing “the Greeks didn’t do that” which indicates that they wholly miss the point and proper execution of the reconstructionist methodology. The tendency to fall into absolute mimicry is all too common and can be sourced towards the aforementioned text bias in many cases. There is some stifling of needed innovations and the creation of new rites, rituals, and initiations compatible with the Hellenic religion.

In the end, Reconstructionism is a tool which must be wielded carefully and with care. In the wrong hands it results in a stifled, stiff, and ultimately stagnant religion which resembles an academic exercise at “The Ancient World” immersion camp for young adults. It is, however, a tool that we do need to utilize lest our religion become watered down and its core torn apart and made unrecognizable. This is just as much of a failure as creating a religion which is too stiff and stagnant.

ADDENDUM: This has no relation to P. Sufenas Virius Lupus’s (PSVL) “Reconstructionism as Methodology” class. I am sure that e has far more to say on the subject than I and goes into it more thoroughly. At the time of the writing of this essay, I was completely unaware that the class existed and want to make it clear that I did not plagiarize from eir page, class, or posts and that the thoughts contained in my post are my own and have absolutely no relation to Aedicula Antinoi, Academia Antinoi, or PSVL. 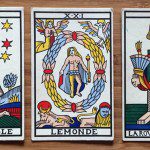 July 22, 2015
The Cartomancer: Fixing Blind Spots with Cards
Next Post 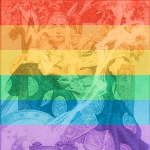 July 24, 2015 Happily Heathen: Heathens and Tolerance - Iceland, You Are *Not* Alone
Recent Comments
0 | Leave a Comment
"I appreciate your comment. People can let others believe what they believe to some extent. ..."
Lisa Jade Living the Liminal: Does My Potion ..."
"I think this veers into a bit of a philosophical discussion about what one actually ..."
Lisa Jade Living the Liminal: Does My Potion ..."
"Lovely article, thanks! And the photos made me think of a place near Baker Beach ..."
Carla Jean Of Light & Shadow: What Raven ..."
"Fascinating! Reminds me of the spirit bath house in Miyazaki's Spirited Away. So all fairy ..."
Brooke Bailey Cross and Crossroads: Identifying Your Haunting
Browse Our Archives
Follow Us! 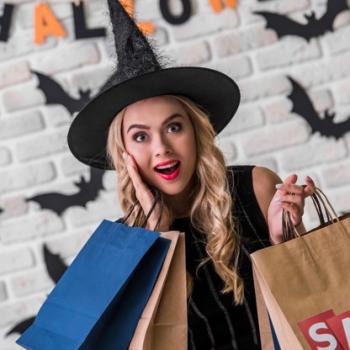 Pagan
Of Light & Shadow: What Raven Has Taught...
Agora
TRENDING AT PATHEOS Pagan