We’ve been asked to write about why we belong to the religion we belong to belong to, why we are what we are. This is one of those simple questions that always trips me up because it means choosing a single label and sticking to it. Simple definitions are not my forte, although I can use them when I need to in conversations. A simple definition implies a straightforward answer.

I’m not good at that.

So instead I’m going to talk about some of the different labels I identify with, and why.

I’m an animist – everything has a spirit. Everything. Rocks. Trees. Swamps. Cars. Natural things, man-made things, physical things and non-physical things. It’s impossible to separate out the sacred from the profane for me when everything has an aspect of the sacred to it. This is worldview that I find uncommon among many (but not all) of my assorted co-religionists and so it has become its own category for me.

I’m a polytheist – I remember back when dinosaurs walked the earth and dirt was young* and there were no “shades” of polytheism. I suppose I’d say that’s the sort of polytheist I am, but these days I think the accurate term in conversation is “hard polytheist”. I see the Gods as individual Beings who are not controlled by or reliant upon human belief to exist. I am open to the idea that human belief influences the Gods, but that’s a topic for an entire blog of it’s own. The Gods have personalities, and preferences, and agendas.

I follow the Fairy Faith – this is probably the single most important thread that holds everything else into a cohesive whole. I believe in and respect the Good People, diverse Otherworldly spirits, and spirits of the land. Much like the Gods I see the People of Peace as existing separate from humanity and as unique individual beings with their own desires and purposes. Sometimes those purposes align with ours. Sometimes those purposes are in direct conflict with us. They can be helpful to us, or harmful. A significant amount of my personal practice, by any name or approach, is based on creating and maintaining good relationships with the Fair Folk and knowing how to handle any situation that might arise involving them.

I am a witch – I am the sort of witch who studies old folk charms and magics, who knows what fretrúnir are, and who has a box of thorns from a blackthorn just in case I need them. I know the local spirits and Good Neighbors, and the best ways to deal with them. I don’t follow the Wiccan Rede or Rule of Three and see witchcraft as a practice to do in conjunction with my polytheism, rather than a religion per se. I’ve been a witch for more than two thirds of my life at this point, since about 1991, and I can’t imagine not having that as an aspect of myself.

I am a Reconstructionist – the second strongest influence, besides the Fairy Faith, on who I am is Reconstruction. It’s a methodology that I apply to everything I do magically or spiritually. I study the history, the archaeology, anthropology, folklore, myth, and anything else I can get my hands on, to piece together a viable modern practice. I found that I was using reconstruction long before I knew what reconstruction was, simply because it’s my personality, it’s how approach a subject. I would say I started applying the idea of historical accuracy as a benchmark in the mid-90’s. It is the lens through which everything else is viewed.

I am a Heathen – in the sense of a Germanic pagan I identify as a Heathen; since 2006, when I started actively honoring Germanic Gods in addition to the Irish ones, particularly Wodan (also by the name of Odin, so I suppose there’s some Norse influence in there too) to whom I am dedicated. It probably doesn’t help my liminal tendencies that He encourages me to wander widely. I am comfortable calling myself Heathen because when honoring these Gods I do so in a reconstructionist way, meaning I try to stay true to the culture itself. This is an example of where things get really muddy though because I practice seidhr, which some might call a kind of Norse witchcraft, study runes and use them magically, and honoring the elben and land spirits is the core of my practice, even in Heathenry.**

I am a Druid – I’ve been an Irish polytheist for as long as I’ve believed in the Gods. When I first began practicing witchcraft it was in tandem with honoring the Irish Gods and by the late ’90’s I’d started looking into Druidism. I initially started studying Druidism online with the Celtic Reconstruction Druid group the Order of the White Oak around 1997; I’ve been a member of Ar nDraiocht Fein (ADF) since 2001. Much like witchcraft I see being a Druid as something I do in conjunction with my polytheism rather than a religion itself, but in a modern context Druidism has become something very different from what it was historically. It’s difficult – sometimes impossible – to separate being a Druid today with the religion of Celtic Paganism. Again this can be a very liminal place itself, because with Celtic Reconstruction communities I identify as a Druid as a practice/role within the community but with neopagan communities I identify as a Druid religiously because that is true as well.

I am a Priestess of Macha – to be fair this might fall under the category of Druid, but I have found that being dedicated to Macha has made me even more liminal than I was before. I go where I can serve Her best, and that means being open to any and all communities that honor Her.  Part of my service to Her is a willingness serve Her followers in any necessary context, whether or not they follow the same path I do or self-identify as I do. There are some limits to this – I have restrictions that mean there are specific types of ritual I cannot participate in, in any way – but generally if someone honors Macha or any of  the Morrigan and they need a priestess, if I can help them I will. I also do what I can to write about Her and Them and to generally serve Her and Her community. Honoring Her and being in Her service is part of who I am.

So there you have it. I’m an animist, a polytheist, a follower of the Fairy Faith, a witch, a reconstructionist, a heathen, a Druid – I am liminal. I am all of these things, woven together into a cohesive worldview and system of belief and practice. I could go on and add more flourishes and details, but that’s the crux of it. In different contexts I might give one or more of these words as a descriptor to answer the question of what I am, but the truth is, I’m liminal. I’m all of these things, together, at once. They are all a part of who I am because they are the core of how I understand and relate to the world. For a long time I tried to be just That One Thing but it isn’t in my nature. And the more I studied mythology and came to realize that while some figures were That One Thing many others were like me, liminal and multifaceted; the Morrigan is a witch and a druidess, for example, a poet and sorceress, in the myths. Sometimes one single term just doesn’t cover it. And that’s okay.

Why am I still these things? Because they are truly part of who I am. I’m not an animist or polytheist because I believe in the Gods – just like I don’t believe in trees or birds – I don’t need to believe in something that I know exists, I simply know it. Being a witch and Druid are things I do, but I do them as expressions of my self; I don’t think I could stop being either of those things any more than I could decide to sprout wings and fly. I am what I am because I am who I am, and the labels are intrinsically woven into my sense of self, my worldview, and my personality.

* yes, this is a joke. I do not actually remember any dinosaurs. I just feel that old some days, even if I’m not. 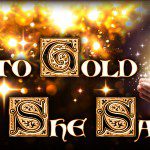 August 3, 2015
Seeking the Grail: Into Gold She Sang
Next Post 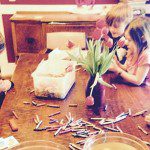 August 5, 2015 Dandelion Seeds: A Guide to Involving Kids in Ritual
Recent Comments
0 | Leave a Comment
Browse Our Archives
Follow Us!

Why I Absolutely Loathe And Despise...
Tea Addicted Witch
Related posts from Agora