Now the thing you must understand about the Balts and the Slavs is that they are neighbors.  This means a few things.  One: they actually have a lot in common.  Two: they also have a lot that is very different.  Three: they are very irritated that they get confused all the damn time.  Now this is all my own generalization, but I have seen it time and time again when people who are interested in Baltic culture  get all up in arms about how Baltic language and culture is incredibly different from Slavic language and culture.  The Slavophiles feel pretty much the same way about the Balts.  So here I am, lumping them together.  For the purposes of examining the Earth Mother in these cultures, they do have a whole lot in common.   Even as we do so, let us try to remember that millennia of wars and history both unite and divide these two powerful and deep cultures.  However, that’s a tale for another time.

The Lithuanian Earth Mother is named Žemyna.  The root of the word is Zemė which literally means the earth.  Often in poetry and song she is referred to in the diminutive form,  Zemynėlė  or dear little earth mother.   It is said that it is bad luck to spit upon the earth or to hit the earth.  There is a tradition of kissing the ground that has even been included in Christian morning and evening devotionals.  Pope John Paul II who had a Lithuanian Grandmother kissed the earth whenever he disembarked from a plane!

The Latvian name is Zemes-mãte, which translates directly as Earth Mother.  She is fairly identical to the Lithuanian earth mother.  We know that a black pig was sacrificed to her in thanks for the harvest as late as the 17th century AD. She is honored in August before the harvest of the grain as well, usually by the oldest male offering beer to her with the whole community in attendance.

She was also celebrated and awakened at Užgavėnės with water and fire. This is the spring celebration of the waking earth.  It takes place between our celto-norse neo-pagan holidays of Imbolc and Ostara. While snow is still on the ground huge bonfires are lit and water is poured on everything to encourage the melting of the snow. An effigy called the Morė woman is burned to purify the land and everyone in it.  As the snow receded people waited patiently for the first thunderstorm because it was unsafe to plant before the first thunder strike, brought by Perkunas. Sometimes it is said that he was the earth’s husband.   The thunderstorm made the earth fertile and ready to plant.  It also makes sense in terms of a sensible sign that the weather has changed and frost won’t come back to kill all your delicate seedlings.

Interestingly, the earth mother is not anthropomorphized like other deities of the Baltic lands. There is no human description of her.  She is associated with dark colors like brown and black and the earth itself and is referred to as “the blossom lifter”.

Majka Vlazna Zemlja (Mati Syra Zemia) Or Moist Mother Earth is the Slavic variation. Truly little is known about the Slavic indigenous religion.  It was wiped out fairly successfully in terms of having a cohesive mythology or writings.  They have no Eddas, no monks who wrote down versions of ancient stories.  The thing they do have is duoeveri or dual faith.  This was mostly practiced by the peasants who were outwardly focused on Christianity but practiced the old faith at home. These remenants don’t leave us a lot to go on.  We know that She was the moist mother earth, it’s likely that the concept of “Mother Russia” was influenced by memories of her.  She is nurturing and focused on fertility.

Mokosh is another name she was known by.  Along with 5 other deities she was part of a temple that Vladimir the 1st erected before he decided to convert to Christianity, including: Perun, Hors, Dažbog, Stribog, Simargl, and Mokosh. She was the only female and indicates her primacy in their faith.

I’m not much of a song smith, but songs are very traditional. My song is not in a Baltic or a Slavic language, maybe someday I will translate it.  But it is a song for the winter to soothe the Earth Mother in her sleep.  I thought I’d share it with you, dear reader.

A Song for the Winter Earth

O earth mother, Zemyelė,
we honor you as you sleep
Snow covered, incubating
dreaming in the deep

Here’s a recording of the song. 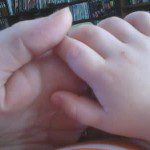 January 5, 2016
Irish-American Witchcraft: What We Pass On
Next Post 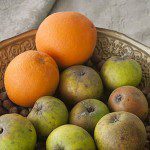 January 8, 2016 Happily Heathen: The Apples And Oranges Of Heathen Spirituality - Lore or Experience?
Recent Comments
0 | Leave a Comment
Browse Our Archives
Follow Us!