There isn’t much that makes me more uncomfortable than uncertain boundaries. What’s ok to do in a situation? What’s OK to ask for? What’s OK to say no to? Issues with boundaries come up a lot with leadership, but that’s because they come up in life. Whether I’m joining a new group, or in a new relationship, boundaries have to be negotiated. If not, they are just a ticking time bomb toward a conflict.

I’m currently in the process of moving in with my partner and his wife. I didn’t expect to be in an open relationship, but love happens and then things get negotiated. Coming at a relationship at my age, I’ve been around the block a few times. I’ve been married, I’ve been in long-term relationships, and I’ve had roommates. I know that one of the fastest ways to trip up any dynamic is when you add in the complexities of living together.

In general, though, unexamined boundaries in any situation are a powder keg waiting to blow. When we walk into any situation without the self knowledge of our own boundaries and limits, and without considering those of the other people we’re interacting with, that’s a surefire recipe for conflict.

And conflict in and of itself isn’t bad–it’s the conflict avoidance plus anger brewing under the surface plus unexamined expectations that become a problem.

Boundaries are a topic written about a number of times before, and it comes up a lot when I teach both leadership and personal growth workshops. Here’s a good general overview of boundaries; this article (and several others) is also included in my book The Leader Within. The essence is that boundaries are the edges of yourself. Your skin, your thoughts, your emotions…these all end at the edge of you. Limits refer to enforcing a boundary, but people often use the term boundaries and limits interchangeably.

The major time bomb of any issue with boundaries is in assumptions and expectations. People tend to go on autopilot, and I’m no exception. This is one area where the “golden rule” isn’t so golden. “Do unto others as you’d have done unto you” isn’t really great advice, because you and I are different people. What you find to be appropriate for you, I might not find appropriate for me.

A really easy example of this is the difference between introverts and extroverts. I’m an introvert, and in one of my past relationships I was with an extrovert. He would constantly pressure me to go out when I needed introvert time. To be more specific, I was burned out on being social and I needed to not be around people, not be around loud noises. I needed to be in my own space.

In that particular relationship, we went a step past the conflicts that come up with unexamined boundaries and limits, because–even when I communicated what I needed–he didn’t respect those limits.

And sometimes that’s the inevitable outcome of a conflict–when two people have a hard limit that is in conflict. If I’m an introvert and I need a lot of time to myself, and my partner is an extrovert and not only needs a lot of social time, but needs for me to be involved in that, we’re going to continue to be in conflict with one another. If my partner respects my need to have time to myself, or at least, time at home in my “introvert cave,” but my partner’s needs for social time (and in specific, my social time) are not met, even if we understand our own boundaries and limits and needs and can communicate them, we’re still bound to end up at least frustrated.

Most people try to get their needs met on autopilot. I’ve found that talking about needs, boundaries, and limits does help to dismantle some conflicts before they even happen. But it is a heck of a lot of work.

Also, I’m not just in a relationship now with my partner and his wife–which is complex enough as it is. Negotiating boundaries with one person is a lot. With two people in a relationship dynamic, there’s even more. But I’m also thinking a lot about boundaries, limits, and saying no because there are two kids in the mix as well. I’ve never been around kids before, so it’s a whole learning process for me. Right now the kids seem to see me as kind of like a new puppy. I’m told that this will ease up, but right at the moment whenever I’m at the house they want a lot of my time and attention.

And to be blunt, it’s not time I have. And it takes my limited capacity for how much social time I have and burns it down. When I come home after traveling–and I’m doing a tremendous amount of traveling this year–that introvert time is crucial for me to recuperate. I also need a lot of alone time just to get writing, art, and other work done.

I’m a bit more comfortable negotiating limits with adults, even though that’s still complex. Any time I’m negotiating with someone, I risk them feeling rejected. And that’s in part because our culture has such a crappy relationship with the word “no.” We tend to hear “no” as a total rejection of us.

I’m still doing some of that negotiating with his wife as she and I haven’t spent nearly as much time together. It’s a process that’s going well, but I have to keep reminding myself that it is a process. It’s getting to know the other person and what they want and need, and get a sense of where the friction points are by being transparent about things.

I’m not only an introvert, I struggle with anxiety and depression. And I’ve managed that pretty well, but one of my primary coping mechanisms the past years has been having a high degree of control over my space and my schedule.

Any time we say no, we’re taking a risk. Because culturally “no” is such a rejecting, shaming word, often times we’ll say “yes” and just take the hit, do something we didn’t want to do (or something that stresses us out or takes time we don’t have) just to risk not offending people. When we do say no, we risk that offense. And when we offend someone, we risk being rejected in return.

In my case, one of my primary emotional triggers for my anxiety/depression spiral is the fear of being shunned and rejected. And it’s not an irrational fear; I’ve been bullied, abused, and socially rejected in the past. In some of those cases, it was because I addressed my own boundaries and held a limit, I said “no.”

So yeah, it’s a stress to negotiate all that in a new living situation/family dynamic. And I know I won’t feel safe until I know where I can say no, and that there aren’t huge negative consequences for having limits and saying no.  But I definitely feel it’s worth the stress. I’d rather get that “no” out of the way early on and risk someone’s displeasure and do the negotiations rather than saying “yes” to keep the peace, and watching myself wither. I’m at a point in my life where I can’t afford to spend time and energy doing things just to be socially acceptable, just to please someone in my family, or just to do that pesky codependent dance of trying to keep someone from feeling something.

I’ve learned ways to negotiate boundaries; it takes time and energy up front. I work hard to explain where I’m at and that I’m not saying no because I’m mad at someone, or because I’m rejecting them completely. I also work to try and negotiate some of those boundaries before I’m even asked for something, or expected to do something (or not do something) by asking a lot of questions. By talking about expectations and assumptions. Whether that’s on the more romantic side or on the side of household chores, or even just expectations of social time and attention, if I communicate where I’m at–and work to listen to where the other person/people are at–I’ve got a better chance of us figuring things out before the time bomb builds up.

The words “I’m fine” in a relationship (when we’re not) are basically another way of saying that boundaries are difficult to negotiate and we tend to avoid those conversations at all costs. Or at least, until we’re so ticked off that we want to scream.

Even though I know better–after all these years of personal growth work and teaching leadership–I still do avoid having those conversations and addressing the tough stuff. And there are consequences to those conversations. There are hurt feelings, there are conflicts. But I suppose at this point, I’d rather have those conflicts early on when they don’t have a mass of fuel behind them.

Now I just have to figure out how to communicate some of these concepts to a couple of kids. “Shauna can’t spend a lot of time hanging out and talking or listening to you play on your recorder because Shauna’s an obsessive writer and artist with anxiety and depression and needs a lot of alone time.” We’ll see how that goes. 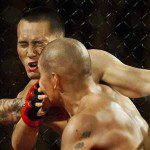 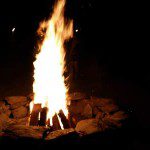 April 19, 2016 Irish-American Witchcraft: Beltane and the Gifts of Darkness
Recent Comments
0 | Leave a Comment
Browse Our Archives
get the latest from
Agora
Sign up for our newsletter
POPULAR AT PATHEOS Pagan
1

COVID, Samhain, And You: Why This...
Tea Addicted Witch
Related posts from Agora 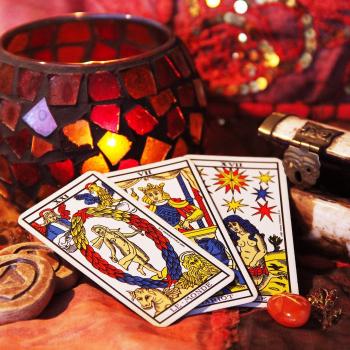 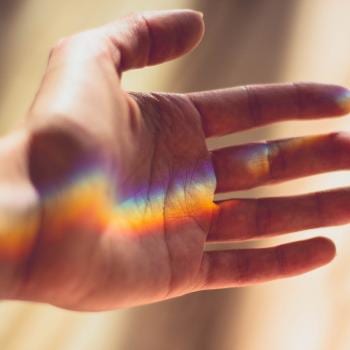 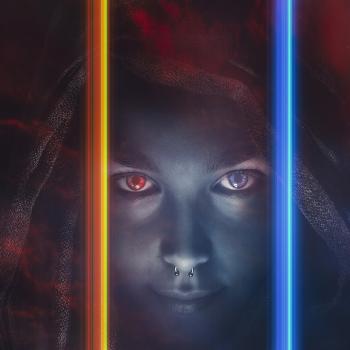