The Blooming Staff: The Decadent Crowley, a Neuropath of the Fin de Siècle

The young Aleister Crowley’s milieu, especially as a poet and artist, was the late nineteenth century decadent and aesthetic movements. Crowley’s admiration of decadent and aesthetic figures like Oscar Wilde (he helped unveil Wilde’s tomb in Paris in 1914), Algernon Charles Swinburne (who is considered a saint in the Ecclesia Gnostica Catholica), and Charles Baudelaire (he translated Baudelaire’s poetry throughout his life) is well known. Subject matter for Crowley’s collections of poetry, like the Tannhauser legend, suggest his alignment with the concerns and interests of the decadent movement.

“Life holds the mirror up to Art,” Wilde wrote, “and either reproduces some strange type imagined by painter or sculptor, or realises in fact what has been dreamed in fiction.”  In the case of Crowley, this statement of life’s imitation of art rings particularly true. Crowley’s second collection of poetry—and probably his most overtly decadent—White Stains, was published in 1898, when the man was only twenty-three years old.  A sequence of poems written from the perspective of the fictional George Archibald Bishop, the book is a study of “a poet who goes astray, taking on various vices and ultimately committing murder” (Kaczynski 41).

Although “hastily dubbed pornographic” at the time, White Stains is actually a prime example of late nineteenth century decadent literature. Crowley claimed that the work was “entirely one of imagination, as he had no actual experience, even by hearsay, of the subject on which he was writing,” but the symbolic similarities between the early poems of the book and the events of Crowley’s early life are undeniable, and the later poems seem to prefigure events that were to come (42).  White Stains, then, can be read as both an unintentional, allegorical summary of Crowley’s life up until that point and a prophecy of the major events of Crowley’s later life, making the book a perfect example of life holding up the mirror to art.

“Ode to Venus Callipgye,” for example—besides being a paean to the Venus of “beautiful buttocks”—can also be read as an allegory of Crowley’s main preoccupation in the years following his occult initiation, the Knowledge and Conversation of the Holy Guardian Angel. One stanza in the poem particularly relates to this concept:

Who like thyself shall command our ways?
Who has such pleasures and pains for hire?
Who can awake such a mortal fire
In the veins of a man, that deathly days
Have robbed of the masteries of desire?
Who can give garlands of fadeless bays
Unto the sorrow and pain we praise?
(White Stains 53)

Like the Guardian Angel—or a person’s True Will, which the Guardian Angel represents or communicates—George Archibald Bishop’s Venus leads her followers through life’s everyday “pleasures and pains,” as well as igniting in those that have succumbed to torpor a new “mortal fire” of purpose.

At the time of White Stains’ writing, Crowley had little practical experience with these concepts—his imitation of Bishop, a “neuropath of the Second Empire,” thus curiously follows Wilde’s aesthetic dictum that life imitates art. The book acts as a sort of symbolic biography, describing the major events that were to later occur to Crowley through the guise of a decadent pervert who decides that, for him, sin is love.  Ironically, or fittingly, this is the way Crowley was perceived by the press and the world at large both during and after his life.  But Crowley probably wouldn’t have minded this interpretation—as Bishop in White Stains declares,

The worms devour my breast!
Beasts and lewd fish and winged things infest
Each vital part!  Screech, rats!  more liquor!  Come!
Rumble, you rotting whore-skin of a drum!
I care not!  Scream, you rats!  Snakes, bite and hiss!
Hell’s spawn, I mouth you with this putrid kiss!
Satan!  Damnation!  This is the abyss!
(118)

Crowley, like his character Bishop, decided early on—as early as his childhood identification with the Great Beast of the Book of Revelation—to take on the role of a villain in order to upend the expectations and rebel against the repressions of the late Victorian society in which he lived. In this, he was truly an heir of the decadent movement. Unlike the doomed protagonists of, say, the Gothic novel, or the reasonable, bourgeois characters driven mad by secret knowledge in the tales of the later weird writers (H.P. Lovecraft and his circle)—characters who attempted to subdue the forces of darkness with their philosophical reason—the decadents made themselves and their characters the villains of a gothic tale of their own making.

Whether their form of rebellion was Catholic conversion, sexual deviancy, or occultism  (or all three, in certain cases), the decadents revolted against a vulgar and dissipated society by aligning themselves with that which is morally or spiritually taboo. They have seen the darkness and have pledged themselves to it. They have become the villains of the piece, the Luciferian adversaries to a world of repression and spiritual ennui.

Crowley’s Thelema is a complex philosophy with many sources, yet one of them is the literary contagion of the decadent movement. His life imitated his art—some would call his later embrace of Thelema its own kind of moral and spiritual descent into an abyss of his own making, just as his decadent poet George Archibald Bishop fell to his Satanic obsessions, sexual perversities, and criminality. Yet like the decadents of the 1890s and their characters, Crowley found a method of social revolt by embracing the very obscenities of which he and his magical philosophy was accused. The Great Beast raised up his head. 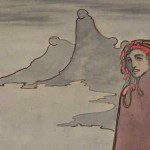 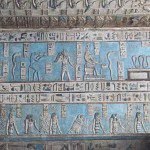 June 29, 2016 Hills of the Horizon: The Problem of Community
Recent Comments
0 | Leave a Comment
"What a very beautiful and inspiring way to describe the struggle we all have to ..."
Freyja Babalon’s Cloister: “I’m not a Magician, ..."
"Two years later I come back and reread this article, and still think it's one ..."
Wolf Cross and Crossroads: In Defense of ..."
"I share your thoughts and hope that wise world leaders with rise up and prevail."
Willow Rose Between Two Worlds: The Dark Times
""Many were trans women who had to resort to sex work in able to pay ..."
Harold Masters Between Two Worlds: Mika
Browse Our Archives
Related posts from Agora