To many modern Heathens, Brisingamen is Freya’s beautiful necklace, made of gold or amber or gemstones. Gifted to her by four crafty dwarves, who were paid as only Freya could pay them. Her necklace is as much of a distinctive symbol of the Lady as Thor’s Hammer is of the Thunderer. Every Heathen knows what happens in the myth of Brisingamen, right?

It turns out maybe not so much. This is one of the reasons that, in my opinion, it is very important for us to go as far back into the Lore as we can, and find out what is actually said (or not said) about any myth or God. From there, we certainly have a lot of freedom to interpret the Lore as we wish; but we first need to know the Lore, as it were, before we can break it.

What does the word “Brisingamen” mean?

The word “brísinga-men” is an Old Norse compound word. The “brising” part is unclear; it could either be translated as “fire” or “amber”, or it could mean “of the Brising tribe”. “Men” in this case means necklace, neck-ring, or girdle, but for the most part nowadays it is translated as “necklace”. So Brisingamen could either be the “fiery necklace” or the “girdle made by the Brisings”. In many past years’ discussion with the Vanic Conspiracy folks in California, we came to the interpretation that the four dwarves in the story were members of the Brising tribe of dwarves. (We also had any number of long discussions debating whether it was made of gold and/or amber and/or other jewels. The jury is still out on that one.)

How Freya Acquired the Brisingamen: What the Lore Actually Says

We don’t have that much in the Lore about the story of how Freya acquired Brisingamen. Given that we’re reconstructing the religious beliefs of a 1000+ year old culture that didn’t have a tradition of writing most things down, this isn’t too surprising.  What is surprising is that the version preserved in the Lore is very different from how most modern storytellers present it.

The most detailed version of the story can be found in the “Saga of Olaf Tryggvason” in the Flateyjarbok, a stand-alone manuscript that was transcribed by two Christian monks in the 1300s, and as such, it was heavily Christianized. Here’s a translation:

Freyja was a human in Asia and was the favorite concubine of Odin, King of Asialand. When this woman wanted to buy a golden necklace [no name given] forged by four dwarves (named Dvalinn, Alfrik, Berling, and Grer), she offered them gold and silver but they replied that they would only sell it to her if she would lie a night by each of them. She came home afterward with the necklace and kept silent as if nothing happened. But a man called Loki somehow knew it, and came to tell Odin. King Odin commanded Loki to steal the necklace, so Loki turned into a fly to sneak into Freyja’s bower and stole it.

When Freyja found her necklace missing, she came to ask king Odin. In exchange for it, Odin ordered her to make two kings, each served by twenty kings, fight forever unless some christened men so brave would dare to enter the battle and slay them. She said yes, and got that necklace back. Under the spell, king Högni and king Heðinn battled for one hundred and forty-three years, as soon as they fell down they had to stand up again and fight on. But in the end, the Christian lord Olaf Tryggvason, who has a great fate and luck, arrived with his christened men, and whoever slain by a Christian would stay dead. Thus the pagan curse was finally dissolved by the arrival of Christianity. After that, the noble man, king Olaf, went back to his realm.

Olaf Tryggvason was likely a historical figure who, as far as we can tell, ruled Norway between 995 and 1000. He is credited with converting the Norse peoples to Christianity (often forcibly) and is credited with building the first Christian church in Norway in 995. The kings Högni and Heðinn also appear in a number of other sagas and medieval sources, so it was likely that when this story was copied down, it was meant to be a work of history, not of mythology. This, plus the fact that the sagas were transcribed by a pair of monks who revered King Olaf, probably explains why the myth reads the way it does: the Gods are human beings living in Asia, and they fell only after a Christian king came in and who had the power to kill the other kings and their soldiers.

The Brisingamen is also mentioned in a few other places in the Lore: in Húsdrápa, a poem from the Prose Edda, Loki steals Freya’s necklace, and Heimdal retrieves it for her; and in Þrymskviða in the Poetic Edda, when Thor and Loki attempt to trade Freya to a jotun in return for Thor’s Hammer, she becomes so enraged that her throat swells and the necklace bursts from her neck. (Later on, Thor wears that same necklace himself as he attempts to pass himself off as Freya.)

Cutting through the Christian Overlay

Since Freya, Loki, and Odin are mentioned in many other myths, and none of those myths indicate in any way that these Gods were actually human beings who lived in Asia, I think we can weed out that particular interpretation. That said, where does this myth take place? Asgard (home of Odin and the Aesir)? Vanaheim (home of the Vanir, and the original home of Freya)? Svartalfheim (home of the Dwarves)? Does it matter…? Also, we can probably cut out the section about Olaf and the other Christian kings. To me, that reads just like propaganda. History as written by the victors: “Thus the pagan curse was finally dissolved by the arrival of Christianity.” (And that is why we are here, 1000 years later, attempting to put this religion back together again. Thanks, Olaf.)

As for Odin asking Freya to start a war between kings, I think that section might actually deserve come consideration. Odin is a war god, after all, and we know that he meddled quite a bit in human politics. He’s also a god of sacrifice who once turned one of his human king’s “fake” sacrifices into an actual reenactment of Odin’s experience hanging on the World Tree; in other words, he killed him.) So is this something Odin would do? I’d say maybe. Freya, as well, is a war goddess. She takes half of those heroes slain in battle, so she has some interest in seeing battles continue. She is also called the “strife stirrer” (as opposed to Frigga’s title as “frithweaver”), because–let’s admit it–how many wars have been fought over beautiful women? Freya is the most beautiful goddess in Norse mythology, after all, and the jotnar are constantly trying to find a way to claim her. She’s also associated with gold and sex and fertility, all of which would make any king fight to have her, I’d say.

All this extra stuff weeded out, I think that the bare bones of the story are pretty straightforward: Freya wanted to buy a necklace. The dwarves would only sell it to her if she spent a night with each of them. She does so; she gets the necklace; and she leaves. Loki somehow finds out about this and tells Odin. Odin tells him to steal the necklace, so he turns himself into a fly and goes into her bedroom and steals it. Freya wakes up, realizes her necklace is gone, and asks Odin where it went. Odin tells her he’ll give it back to her if she makes two kings war against each other, which she does; and she gets the necklace back.

That’s it. The rest of the details are left for us to fill in.

In my opinion, many questions are left unanswered: 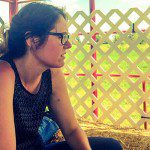 July 6, 2016
Dandelion Seeds: When You Get Your Ass Kicked for Being a Priest
Next Post 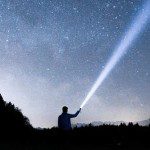 July 9, 2016 The Path of She: To Wake, Perchance to Dream -- Communing With Your Dreambody
Recent Comments
0 | Leave a Comment
"Great insights, Martha. You know that with my agnostic leanings I have a different concept ..."
Willow Rose The Corner Crone: Hekate of the ..."
"A sincere thank you for sharing this. I so appreciate the opportunity to understand others's ..."
Willow Rose Between Two Worlds: Anna, Another Lesson ..."
"I always enjoy your thoughtful insights."
Willow Rose Between Two Worlds: Reminiscing and Moving ..."
"A necessary message, beautifully composed. Thank you for sharing of yourself, Martha."
Laurie The Corner Crone: Self-Love Will Be ..."
Browse Our Archives
Related posts from Agora