Adventures in Wortcunning: The Keek Stane

I have been studying and practicing my magick for a long, long, time. If I were the late President Lincoln, I could say it was two score and eight years ago that I began this meandering path.

For years I haunted first the library, then the local occult and spirituality shops when they began to open up. When, after a decade or two of study, I decided to begin to practice what I’d been learning about. One of the first things I did was start to collect stuff. Altar stuff. Reference books. Tarot decks. I needed tools. To me, ritual tools are things you have to make.

So, I made myself a ritual blade. I won’t call it an athame, except for ease of understanding. A proper athame, I have been told is not sharpened, and neither is it used for any other purpose but during circle; it doesn’t like to be seen in public. Mine is not so fussy.

Not knowing any blacksmithing skills, I purchased a blade blank at a local knife store in the shopping mall. I made a sturdy and comfortable handle for it, and a sheath for the blade from some sturdy cow hide. It is a throwing blade, and very well balanced.

In contrast to more standard athame practices, I like to use my blade any chance I get. It cuts both ways, and I sharpen it—both edges—because that is the symbolism it carries for me. I wear it at Renn Faire, and whenever I work magick at home, which is pretty much all the time. I use it in the garden, and at my crafting. I would wear it on the street, too, but it is a big blade and I wouldn’t want to frighten anyone.

An ancient memory sees me pulling a cup from the shelf, the knife from my belt, and a candle off the table to create an altar. It is a past life memory, a memory of my bones. The various pieces would disappear quickly and completely among the items of common usage and reappear when needed. These items were deeply magickal because they were imbued with the love, joys and sorrows of the family’s daily life, and not in spite of it.

Another well-known magickal tool is of course the wand, or staff. If is as long as one’s forearm from elbow to the tip of your middle finger, this limb from a tree becomes a wand. If it is at least as tall as your hip, and not taller than your head, you have yourself a staff. It is best made from fallen wood, and not cut fresh from the tree.

I came upon the materials for my staff a short time after making my blade. I was actively planting the 12 sacred trees in the land behind our new home, in a town named for the trees that grew there. I figured growing a few trees would be no problem. And the older trees did just fine.

But the new saplings I planted were often terrorized by gophers and deer, who laughed at the root cages and hog wire fencing. My beautiful hawthorn died. All that remained of her body was the sturdy central stalk, her trunk and the root ball below. I was so sad to lose my fairy bush that after raging at the gophers awhile I stood and cried handling the dry timber and falling leaves. I could not throw it in the wood pile, she was not done with me.

I began to trim away the side branches. It was a weeping variety, so the limbs were all at the top. I made one clean cut to take them off. It was the same for the roots. The wood beneath the bark was very hard and heavy, in lovely shades of blonde and chestnut that smoothed nicely beneath my blade. The root-ball fit nicely above my hand, with a grove in just the right place for my thumb to move naturally as we walked together. What had been the tip-top of the young tree now touched the earth with every stride. The angle of my original cut was perfect, the shape of a goat hoof, complete with a very tiny split at the front end which appeared in the wood as it dried.

A small knot hole near the root-ball proved a perfect fit for a magickal stone, with space for more goodies behind it. I wrapped the end my hand would hold, tightly, with leather lacing. I designed and created protective beadwork for the shaft, stitched the beadwork to a bit of brain-tanned deer skin, and laced it also to the shaft. Then I stitched a few small bags for storage and tied them to the staff. It took 30 years before I would make my next tool. Or find a name for my tradition. (to be continued…) 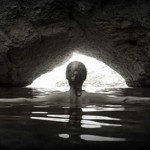 August 4, 2016
Wyrd Words: What is Valhalla, and Who Goes There?
Next Post 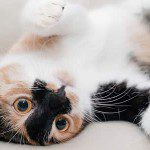