Wayfaring Woman: The Roman God Mercurius – An Introduction and Ritual

I have been working with Mercury – also known as Mercurius – since 2008 and I still feel like I have only just begun to scratch the surface. Over the years I have encountered Mercury as stately diplomat, knowledgeable teacher, wordsmith, swift-footed divine messenger, lord of commerce, patron of public transportation, god of communication, and also as meddler, confusion-monger, cheat, liar, and thief of wit. His facets are many. In addition to his manysidedness, I will say one of the greatest challenges in my search for Mercury has been his syncretism with Hermes. Sometimes I think I am one of zero people who actually think of Mercury as separate from Hermes. To my thinking, they are like twins; they look alike, but they are different people with their own unique proclivities and personalities.

Roman religion changed drastically following contact with Greek religious beliefs and practices. Prior to contact, the Romans did not have a developed anthropomorphic view of the gods but instead believed in the numina, or spirits. These numina were not human-like but they were the beings in charge of organizing and executing the business of the world. Once the Romans decided to absorb many Greek beliefs and practices, the anthropomorphic gods of Rome were born. Most had Roman numina that served as a sort of ancestor. The Dei Lucrii, spirits of wealth, were the Roman divinities that served as Mercury’s ancestors within early Roman belief. As the religio romana changed and evolved over time, Mercury became associated specifically with commerce and trade, particularly the grain trade. As a result, many merchants and tradesmen were devoted to Him, seeking his blessings and making offerings to him at his temple in the Circus Maximus. By way of Greek religious influence, the caduceus, winged hat, and winged sandals associated with Hermes were attributed to Mercury. This influence was also responsible for expanding Mercury’s (recognized) jurisdiction to include animal husbandry, knowledge, travel, communication, the newly dead (as psychopomp), and divine heraldry, among others.

Related to Mercury’s role as a God of Exchange, he is associated with boundaries – both their maintenance and their crossing. To my understanding, it is in this capacity that he serves as a god of thieves and trickery. Like with most gods, he can bring favor or wrath; he can ward against thieves and grant the intellectual prowess that defends against trickery or he can admit thieves to your property and encourage a dullness of mind that would render one vulnerable to a wily trickster.

Interestingly, during the growth of the Roman Empire, Mercury also became syncretized, via interpretatio romana, with a number of other deities including Odin and Wodan among the Germanic peoples and Lugus and Lugh among the Celts, and many others. I think that Mercury’s tendency to be on the front lines of cross-cultural connections also fits with his role as a God of Exchange. It is noteworthy that no other Roman god seems to have been so quickly and so easily absorbed by so many diverse nations, which the Romans connected with (via trade) or invaded (via military force).

When I think of Mercury, I often associate him with the drive toward connection and exchange that lies at the heart of everyday life. We have interpersonal, political, social, religious, economic, and a host of other exchanges and interactions every single day of our lives. His sphere of influence is clearest to me in the morning when I travel to work. As I stand waiting for public transit, waiting for the business of my day to begin, I often look up into the trees and observe the wind rustling the high leaves and branches. I always think of it as the breath of Mercurius inspiring the connections, interactions, and exchanges of the day to commence.

If you are interested in honoring Mercurius, here’s a ritual that I wrote for him after he helped me through some major milestones in my life. I conducted this ritual with about seven guests present but it can be adapted to solitary work if you wish. What follows is the ritual script as inspired by but not dictated by Roman reconstructionist beliefs and practices. Ritual instructions are in italics and ritual speech is in plain print.

Process to the ritual area.

Please take a moment to cleanse yourself of any influences that might hinder your ability to engage with the powers.

As we prepare to encounter the sacred, I invite each of you to bring your full awareness and attention to this place and this time in any manner you see fit, setting aside all else. When you are ready, turn your gaze to the altar.

Light the candles, lamp, and stick incense while everyone shifts their awareness to the sacred.

When everyone’s attention has returned to the altar, ring the chime two times.

Janus, keeper of the gate, we ask that you open the way.

Sprinkle incense on the focus.

Vesta, heart of the hearth flame, we ask that you bless the sacrificial fire.

Sprinkle incense on the focus.

Janus, god of good beginnings, we ask that you bring all things blessed and auspicious to this rite.

Sprinkle wine (from the patera) on the focus.

Vesta, goddess of good sacrifice, we ask that you bless the day’s offerings and allow them passage to the god of the hour.

Sprinkle wine (from the patera) on the focus.

Wash hands. Place one hand on the altar, then say…

We call now to Mercurius – blessed son of Maia and Jupiter, grandson of the one who bears the world on his shoulders – mighty god of exchange whose praises we sing.

Come quickly to join us for this hour’s honors are yours in gratitude for the many blessings you have visited upon us.

Mountain-born Cyllenius, god who delights in the high, airy places of the world, to you my Lord we offer Marjoram, a sweet light herb known as the Joy of the Mountains.

Author of Knowledge, you who crafted the alphabet, inspired great scholars, named the stars, and stitched the constellations, to you we offer bay laurel, the ancient world’s primary symbol of achievement.

Patron of Travelers, god of the roaming men and women who knit the world together, sharing who they are, where they come from, and where they are headed with other curious and adventurous souls, to the Traveler’s God we offer Mugwort, a roadside plant once used to pad the shoes of travelers.

Divine Messenger, who joins mortals and Gods together in the sacred bonds of mutual giving and good will, to you we offer Cinquefoil, an herb often used to bless divination and stimulate prophetic dreaming.

Master of Commerce in its many forms, great god who unites the world in the exchange of language, literature, spirituality and religion, art, science, grain, textiles, industrial goods, and a wealth of other gifts, to you we offer True Cinnamon, one of the most expensive and widely traded spices of the ancient world.

Over the bowl containing the goat meat, sprinkle mola salsa and wine. Pass knife over the meat while saying…

Mercurius, we consecrate this offering in the old way, with wheat, salt, and wine that it might be blessed for your use.

Now, cut the meat to symbolically kill the goat.

Divide the meat into two or five parts.

Bring the meat to the focus and sprinkle more mola salsa and wine over it.

This sacrifice of young goat is offered to you Mercurius in honor of the many connective, life affirming blessings you bestow. For your glory!

Place the meat on the focus, while saying…

May this offering please you.

Pause for a while in quiet reflection as the meat burns.

Today we gathered in peace and friendship to honor Mercurius, great god of exchange. Our offerings have been made and our purpose fulfilled.

Thank you Janus for opening the way.

Sprinkle wine from the patera on the focus.

Thank you Vesta for hallowing the fire.

Sprinkle wine from the patera on the focus.

Pause then ring the chime once. After a brief moment of reflective silence:

This rite in honor of Mercurius is done.

Now, let the feast commence! May Mercurius bless this feast. As we consume this bounty, may his blessings of good food, good company, and profound prosperity rain down on us. 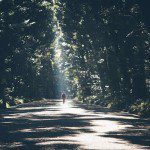 August 27, 2016
The Path of She: A Hansel and Gretel Spiritual Journey -- Finding Your Way Home One Crumb at a Time
Next Post 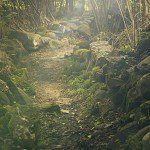 August 29, 2016 Hills of the Horizon: the Mystery about Mysteries
Recent Comments
0 | Leave a Comment
Browse Our Archives
get the latest from
Agora
Sign up for our newsletter
POPULAR AT PATHEOS Pagan
1

Shadow Work and the Magic of Critical Introspection
Shadow work is profoundly important. If you do not understand what lives...
view all Pagan blogs
What Are Your Thoughts?leave a comment
Copyright 2008-2020, Patheos. All rights reserved.