The Cartomancer: How to Read Cards for the Secret

The Cartomancer: How to Read Cards for the Secret September 28, 2016 Camelia Elias

One of the first things that I teach my university students is that if literature has any function whatsoever, then it’s because it shows us how to relate to our desire to know secrets, how to transact with them, and how to have them told but not revealed. Let’s face it, a secret is only good as it is told, not unveiled.

Now, think about the same idea as it relates to cards.

Why do we read cards? To get smarter? To know about the future? To know ourselves? I’d say, like hell.

Knowing yourself and how smart or stupid you are, or knowing your future and your place in the world, is really very useful, and we do read the cards in order to find out, but this knowledge pales in comparison with our desire to know secrets.

My best card reading sessions are in fact the sessions that deal with secrets. The classical question, ‘what does he think of me?,’ is not even a cliché, but rather very illustrative of just how much we want to know hidden things. Who can blame us? When it comes down to it, it’s all a story about attachments. How do others deal with it? 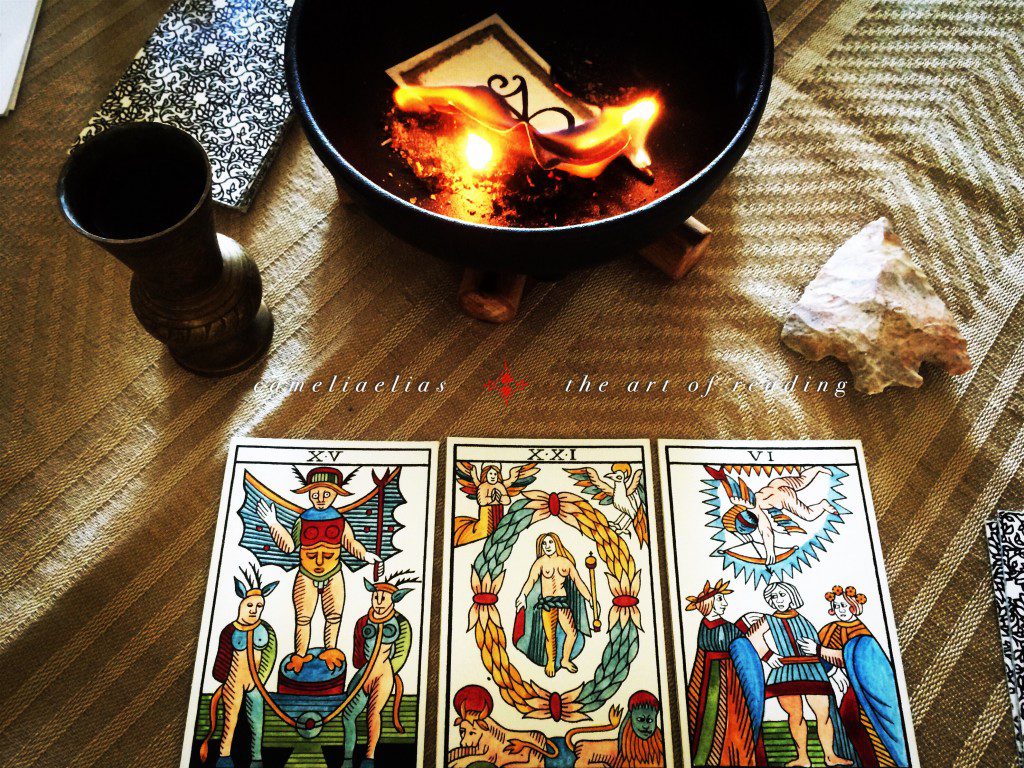 What secret are we told here?

I don’t know about other readers, apart from the fact that most have rather long disclaimers on their websites, warning potential clients about the ethics of this or that other thing, but as far as I’m concerned, whenever someone wants to pose a third party question, or a question about hidden relations, then I know I’m in for some entertaining, and some learning as well about the human condition at large.

So here’s what I do as a matter of learning and as a matter of stretching my brain. But before, I should mention it again that the reason why I have no disclaimers on my website or why reading cards entertains me so much is simply because I hold no beliefs whatsoever. I don’t read cards because I believe in things. I read cards because they help me articulate in language what I prefer not to articulate in language, either at the conscious or unconscious level.

The thing about language is that we use it to navigate life, not because it discloses truths. Insofar as we speak a language of desire, not anything else, we are thus bound to transact for words that enable us to transmute the fictions of the mind.

Once we relax about life being life, we can start posing the most fantastic questions of it. I do it with and without the cards on a daily basis. I can pose questions to the cards about the origin of the world, about where we all go when we die, about what my dog is thinking, about memory palaces, and about the use of stone circles in ancient times.

We can use cards for detective work, for knowing whether it’s a good idea to gamble on the stock market, or to figure out why the baby downstairs cries all the time. We can use cards to recover lost things, or keep track of the whereabouts of long lost lovers.

We can do all this without attachment and without excitement. What enables us to get ‘entangled’ in this detached approach to the cards is the secret. Without a sustained focus on reading for the secret – not for a revelation of it but rather more so for the story – we would not be able to read the cards and be wisely entertained. We would get obsessed, lost in irrelevant details, and drained of energy and vitality. Investing attention into things that don’t serve us any longer is rather a bad idea.

Here’s what I propose:

If you have ever experienced a moment of being ashamed that you’re interested in what the neighbors do, who they sleep with and why, or why they keep to themselves, relax.

Without curiosity there’s no progress, so the best is to actually check with yourself whenever you fancy inappropriate knowing, and see to what extent what you really want to know it not about other people’s lives, but about what makes a secret secret.

Once I had a woman asking a question about her long lost lover. After 20 years of separation she was still thinking of him and wanted to know what he thought of her. The Hermit came in the first position, followed by Death.

I said, ‘he’s not thinking of you anymore. If he ever did, then it’s because he has this inclination, to reflect, to speculate, to find secrets.’

A month later she contacted me, suggesting that my reading of ‘his’ cards was all wrong. She had found out via extensive googling that her former lover had married and acquired an army of children since. He was definitely not a Hermit, she adamantly insisted.

Well, I had to remind her of her concern, and the fact that her question was not about how he was doing now, but rather about whether he was thinking of her. He was not.

This episode, however, made me reflect on where this woman’s rage came from, and to what extent her desire to know about her former lover was not linked to something else other than what he thought of her. Indeed, her rage was due to the fact that the secret was revealed, and she found the revelation of the banality of her lover’s life at odds with her fantasies about him. Banality is never quite as exciting as an unrevealed secret.

What is your secret beyond all secrets?

So here’s a practice with the cards that can take you to a place that you don’t expect, but that can be quite revealing, not of banality, however magical that can also be, but of more secrets, a place even beyond secrets.

If you have a former lover you had a fall out with, ask the cards this question on his behalf, especially if you’re about to commit to another relationship. Use the love and energy you once had in the previous relationship as a means to disclosing something about your new path. Imagine saying the following, while throwing three cards on the table:

Lover, I absolutely hate you now, but I’m curious: What is your message to me beyond all secrets? What do you make of my new choice?

If you have a recently dead person in your circle of friends and family, you can ask them:

If you have an old friend you’ve lost touch with, you can ask:

Friend, what is your message to me beyond all secrets? Why do I even want to ask you this question?

If you have a god you work with, or some other deity, you can ask them, or their representation in the form of a statue or even cards – I like to use the Dark Goddess Tarot for this sometimes, just I also like to submit my question to the Buddha, Jesus, the Devil, Abraham, and Jacob:

Or, here, since some Gods also like secrets, you can ask them what the secret beyond all secrets is when it comes to your god-forsaken fool of a former lover.

Finally, you can also ask the cards themselves:

Cards, what message do you have for me beyond all secrets?

Just as an example, here’s a string of cards from a recent reading, when the cards were used as the main agent (rather than a former lover, a dead relative, or a lost friend):

The Pope, The Magician, The Popess.

The secret tells, rather than reveals. Here, a classic, cultural story.

Young magicians are more prone to listening to their male spiritual teachers than their female counterpart.

However banal, the story that the secret tells says something about the stakes in the situation at hand, and the consequent implications of this sudden realization: Damn.

This can lead to a further question, and more reflection: ‘What to do with this story? Can I change it?’

The moral of this – if there’s any moral in it – is that when we read cards for the secret, we might just get to the essence of all fiction, what drives it, and how it impacts on our lives.

Here is a secret: There’s nothing that has inherent meaning, as there is no self-existence. The essence of fiction is nothingness, as is the essence of truth. How I got to this conclusion is a secret, of course. I leave it to you to pursue what I’m saying.

Good luck with telling your own secrets. 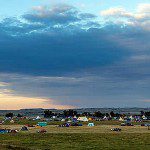 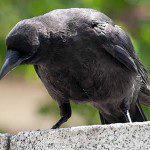 September 29, 2016 Hills of the Horizon: Opet, Autumn, and the Wanderer
Recent Comments
0 | Leave a Comment
Browse Our Archives
get the latest updates from
Agora
and the Patheos
Pagan
Channel
POPULAR AT PATHEOS Pagan
1