Winternights is one of my favorite holidays. I love when summer finally gives way to Autumn—the smell of the dying leaves, harvesting the last fruits, starting to hunker down for the winter. To me, it is a natural time to start pulling inward and focus on hearth and home. Winternights is a perfect holiday to do so.

Snorri tells us in the Heimskringla that there three “big” festivalsthat were celebrated in pre-Christian Scandinavia: a midwinter festival (likely Yule or Jólablót); a festival to celebrate the start of summer (and raiding season) known as Sigrblót (Victory Blot); and a festival to mark the beginning of winter, called Winternights (Vetrnætr), which was usually celebrated around the middle of October.

Though we know the name of the holiday, we don’t really know how people celebrated Winternights. Some people honored Freyr at this holiday, where He was given a sacrifice to thank him for the year’s harvest. We know that in Sweden, an event called an Alfarblot was held around the same time of year. It was a private event were ale was served and livestock were likely sacrificed. As Freyr is the lord of Alfheim, this event may be related to Winternights. Some people honored Odin instead; some honored the dísir (female ancestors), some honored the alfar (elves; or male ancestors). Some people likely did a mix of all of the above.

Is Winternights the Heathen Samhain?

No. Sorry to be the bearer of bad news, but the Norse peoples did not have Samhain-like festival at this time of year–Winternights is not the “Heathen Halloween”. There’s no traditions for this time of year for placating evil spirits, no worries of the veil between the worlds being thin, and no silent suppers. (The Yule season, however, is another matter entirely–the veil does thin and the Wild Hunt shrieks and screams as it soars across the stormy skies…) It’s not like I don’t like the modern Halloween, but ever since I became Heathen, celebrating Samhain has felt a bit off. In any event, what Winternights does have in common with modern Samhain traditions is that we both honor ancestors with their favorite foods and drink.

My original kindred celebrated Winternights with a definite disir/alfar focus. We brought food to share at the potluck based on recipes our ancestors had passed down to us or of foods that they preferred. We held a sumbel in their honor, honoring specifically those who had passed on in the last year, both animals and humans, and then sharing the stories of the food we brought, and of our ancestors of blood and of spirit. It was a intimate, moving ritual, and a great way to start the winter season.

Since I dedicated to Freyr, my Winternights has changed to include Him as well. (To be honest, He gets honored at pretty much every holiday I run, because a) He was honored at many holidays back in the day, and b) why not?) My Winternights sumbel now starts with a round to Him to thank Him for the past harvest and to ask for prosperity for our group in the days ahead. I include a round for the recently departed and for our ancestors of blood and of spirit as well. It’s a spiritually and socially satisfying ritual, which is why it is one of my favorites.

I hope all Heathens have a satisfying Winternights for both the living and the dead this year . Hail the disir! Hail the alfar! Hail Freyr!

For more in-depth information on Winternights, check out these links: 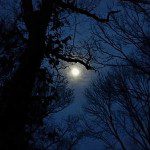 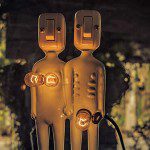 October 8, 2016 The Path of She: HeForShe and SheForHe - Healing Our World Together
Recent Comments
0 | Leave a Comment
Browse Our Archives
Related posts from Agora