Happily Heathen: The Blot’s the Thing

I recently started leading an “Intro to Heathenry” class in my hometown. This past week’s class we discussed blots and sumbels—the foundation of all Heathen rituals—and several popular heathen holidays. In preparing for the class, I made a last-minute decision to include a short generic blot at the end. My teaching partner was a bit confused by this, as it is a class, not a ritual, and is mostly aimed at non-Heathens who were learning about Heathenry; but he went along with it anyway.

I first hailed all of those in attendance, hoping that those who had come had received the knowledge they had been seeking. Then, I raised the horn in honor of the goddess Idunn (who grows the apples of immortality for the Gods) for Her part in helping to keep the Heathen tradition alive throughout so many centuries. I thanked Her for the fact that when I came into this world, it was still here waiting for me. We hailed Her, and I drank. (Apple juice instead of alcohol, since we were at the local UU.)

As I passed the horn along and listened to everyone else—ranging from a devout Heathen to an interested atheist, and everything in between—hail the Gods, their ancestors, the land, I had a realization. This is what it is all about, I thought. Not the short lecture we had just given. Not the discussion the various holidays. Not even the interesting discussions about where certain traditions come from, or random bits of Heathen-based lore (such as the fact that the day “Wednesday” is named after Woden, the Anglo-Saxon version of the god Odin). While this was all useful and interesting stuff, true, it is not what Heathenry was all about.

Asatru is a lived religion. It is built on the interaction between us and the Gods, us and the ancestors, us and the landspirits, and us and the other humans who are worshiping with us. If we are not there, participating and interacting with the Gods and/or with each other in fellowship, then a vital component of the religion is missing. Without that interaction, what is the point? Without the doing, what was the use of all of that studying?

Asatru is a reconstructed(ish) religion, so it is really easy to fall into the pattern of simply repeating the Lore. “Snorri Sturlson (recorder of much of our Lore) said x about Goddess y, but he didn’t say anything about Goddess z. So it must not be true.” We do it all of the time — on blogs, on mailing lists, in person. I myself had found Heathenry when I was in grad school, so when I found out that there was a modern Pagan religion that was based on the scholarship around ancient sagas and myths, I was on it. I researched everything I could find. I read the sagas and the Eddas and I actively discussed the Lore on various mailing lists. I nitpicked other people’s experiences and grumbled to my other Lore-Lawyer friends about how some Heathens seemed too “fluffy” and “woo-woo.”

But let me tell you, it did not make for a happy or satisfying religious experience. I never really got past “first base”, as it were, with the Gods when I had this attitude. Eventually I realized I was impeding my own spiritual progress, and I let it go. Now, I actually like my religion. I have experiences with my Gods and spirits that go beyond strict scholarship, and I am much the better for it. Instead of being filled with constant anxiety over whether I knew enough of the Lore to be a “real” Heathen, I actively participate with an open heart and mind. I make space for the Gods and spirits to come and be an active part of my religious experience, too.

While it is very useful to have a grounding in the Lore, and I highly recommend that new Heathens acquire some sagas and start reading them, I think that this step is only a starting point in a Heathen’s journey. To get some real satisfaction out of their religious experience, people need to put the book down. Stop theorizing about what the Gods would or wouldn’t do; stop comparing and critiquing what other scholars or practitioners experiences or opinions. Just show up and participate. Live the religion, don’t just study it.

Hail the Gods and Goddesses. Leave offerings for your ancestors and the landspirits. Congregate with other people of like mind, and blot together if at all possible. You can come together to practice frith, weave community, and honor everyone’s spirits and ancestors, just like the Vikings did back in the day. And when you do a ritual such as a blot, leave some space for the Gods to interact with you. A blot is, at its essence, a gift; and in Heathenry, we know that one gift begets another. Give the honored ones a chance to give us back a gift as well.

Happily Heathen is posted on alternate Fridays here at the Agora. Subscribe by RSS or e-mail! 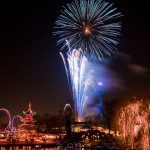 December 22, 2016
Outside the Circle: Evil Spirits Of New Year
Next Post 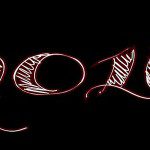 Cross and Crossroads: Hexing for Social Justice
Now more than ever, it’s imperative that we understand how to use...
view all Pagan blogs
What Are Your Thoughts?leave a comment
Copyright 2008-2020, Patheos. All rights reserved.