Hills of the Horizon: Heart of the Creator

Once, when I was very young, I was paging through a book, and saw in it a line drawing of Khnum, potter god and creator, as he crafted body and soul on his wheel. I remember thinking of how kind he looked, and how friendly.

When I got older, I was sure it had been in the Dover edition of the Budge translation of The Book of the Dead, snagged off my father’s shelves as I did every so often, but I looked through it over and over again, and I never found that drawing. It was as if it had vanished entirely from the only place I could think it might have been.

I wonder sometimes what it was I saw, and where. But I’ve often said, in the years since I became Kemetic, that Khnum was the first god I ever loved.

Khnum is, like all Egyptian deities, a god of many nuances, and linked into the cycles of (re-)creation. He guarded the gates to the underworld through which the Nile emerged, and thus was responsible for releasing the flood. Upon his wheel he made the bodies of kings, and their kau to match, out of Nile silt, and I once came across a scrap of story (modern or ancient I don’t know) that said he set a wheel in the uterus, so that others might do the same. A myth has him as the sole male attendant at a birth, among a company of midwifing goddesses. Some stories name him as the father of Ra, and others place him as one of the guardians of the sun barque on its night journey.

He is a creator.

I would say that being a creator is one of the primary traits of a god of Egypt. Not just in the sense of creating the cosmos, though a large number of the Powers are credited with that in one form or another, but in the sense that things must be brought into being, maintained, upheld, and this is the role of a god. (And here is a clue as to the complex nuances around Set, who went through cycles of honor and vilification; he creates change, and change in a heavily traditional, very ordered society is essentially the same as destruction. Which is not the same as uncreation – which he vehemently opposes – but it is still not an easy thing to bear.)

I do love these images of Set and Heru, though, the ones that show the two of them crowning or supporting the king: the change, the individual might, that Set embodies, balanced off against the continuity and collective potency of rulership and the polity that rests within Heru. There are others in the same genre, the two of them binding together plants or otherwise linking and balancing supposed opposing forces or regionally distinct icons.

The gods, the ancient Egyptians believed, were fed upon ma’at. And ma’at is a complicated concept, difficult to translate: the one-word translations for it include truth, and justice, and balance, and order, and harmony, and law. But ma’at was their food, sustaining them, nurturing them, and human offering of ma’at enabled the cycles of reciprocity that maintained the condition under which ma’at could be found.

And ma’at was established, maintained, and flowed forth from the moment of creation. It is coterminous with the act of creation, and the act of re-creation, of returning to the beginning, is a process of creating, restoring, and promoting ma’at.

There are times that everything seems too much. There’s a lot of that lately.

But I keep coming back around to re-creation. Not just every dawn, though every dawn is the archetypal re-creation in Egyptian thought.

Go and do likewise. 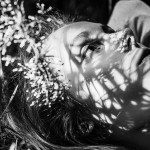 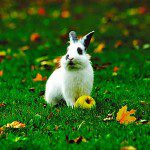