The Hearth of Hellenism: We Don’t have Relationships with the Gods, or Do We?

One of the goals of this blog is to confront our beliefs and think about our assumptions or expectations. Think of me like Socrates (but cuter), always asking questions, probing deeper to get to the truth. I just hope a cup of hemlock will not be on the menu in my future. Please be gentle with me kind reader.

This entry is dedicated to a critical examination to a common belief in paganism, that of “personal relationships” with the Gods. It is commonplace to hear in discussion with pagans about their interactions with the Gods, which they label as “relationships”. Some describe how a certain God “called” to them, or how they “work with” a God(s) in magical practice. Whatever it may be, the interactions one has with their deity is often viewed as a “personal relationship”.

For sake of being like Socrates, let’s challenge this concept. I want to explore this not simply for the sake of writing a post. I want to engage in some philosophical hypothesis. I also want to show everyone that paganism varies and we can approach our traditions in various ways. Some pagans may not think of themselves as having a “relationship” with any particular God. The attitudes of many Greeks I encounter who practice the ancestral tradition differ from those I have encountered in the wider pagan community. This post explores this other side.

At this point you might be thinking, of course we have relationships with the Gods, look at the mythologies, mankind and Gods have adventures together, interact, and have lots of sex (looking at you Zeus). We fall into a trap when we think of myth as literal, we don’t want to do what Christians do with the Bible, make the stories literal history. I find it that when discussing mythology, we take it on face value. I want to move the dialogue and discussion away from a literal interpretation of Homer’s works. The philosophers have their approach to all of this. Mythology is treated differently; the Gods are given some philosophical upgrades in the process.

Plato rejects many myths as false. For example, any time Zeus turned into an animal to have his way with a human. Plato says they are not true. In The Republic, Plato defines that Gods are perfect beings, with perfect form. The Gods have full control of their bodies and do not do anything unwillingly. They do not change their form into any lower or inferior form, because a being would not worsen itself on purpose. Zeus would not take on a lower form (worsening his form) such as an animal.

Instead of relationships, what we have are relations with the Gods. There is a difference, the former is social/interpersonal, while the latter is reflecting interactions, not having to be between people. For Plato, there are proper relations between the Gods and mankind. In Euthyphro when Socrates confronts the man Euthyphro and has him define what piety is, Euthyphro says it is proper service to the Gods. However, the problem with this is that how do you provide service to a God? Service is found in a relationship between an individual who needs something and another person who provides the service in fulfillment of that need. In the case of Euthyphro, the service is defined between a servant and master. Masters have needs which the servant fulfills. But Gods are perfect and have no needs, so there is no service to provide them.

How do we serve the Gods? Socrates’ (or Plato’s since he wrote Euthyphro) view is that we can serve the Gods by being helpful or assisting them. We help to fulfill undertakings which benefit humankind. Our relation with the Gods is how we work with them to bring greater peace into the world and in our own lives. We are here to promote human virtue amongst our fellow man.

What about our experiences? You may have had experience with a God or multiple Gods, where they have revealed themselves in some manner. I do think I have had legitimate experiences with Gods. Oddly enough, the first God to make themselves known to me was not a Greek divinity, it was Isis, the Egyptian Goddess. She came to me in a dream, and slowly over the years I have been “initiated” by Her. Challenging the concept of “personal relationship” is not an attempt to discard or deny contact with the Gods or our experiences. I believe contact with the Gods are real, they can reveal themselves to us. But I do not think that constitutes a relationship as we often frame the interactions. While the interactions and experience are personal, as no one else shares those experiences, but it still is not a relationship, in my view.

I addressed the matter to Y.S.E.E for their input, what I have been told is that the Gods are Όντα not Πρόσωπα. They are beings not persons. We have interactions with them, but that is defined as contact (επαφή). I understand this statement as saying, you cannot have relationship with the Gods because they are not people, relationship occurs between people. Human relationships have limitations, rules, etiquette, and expectations. These sorts of things cannot be expected from a God; thus, a relationship cannot be had.

What is wrong with thinking of our experiences as “personal relationships”? There are some issues with thinking of our interactions as “personal relationships”. When we do, I think we then privatize what is meant to be shared for the greater whole. One could think of this as “Divine Socialism” – where we work for the collective good rather than personal enrichment, this goes back to Euthyphro and our task to work with the Gods to better society along with ourselves, not just ourselves.

When we frame our interactions as “personal relationships” is also runs the risk of improper relations. Such as, thinking you have an “in” with a God, special access to them, or somehow have something that a person who does not have the “relationship” with the God does not have. Gods are not a friendly bouncer who lets you into the club because you two are homies.

When we say, I have “personal relationships” it may be misunderstood by others that there is something special or unique in you because of that “relationship”. Experiences are not a sign of uniqueness or elevated status. If you do not have an experience with a certain God does not mean the God dislikes you. Having an experience does not mean they like you. I treat experiences as sacred and important but it can happen to anyone. Going back to the sun metaphor, it shines on everyone, some may not look up to see it, but just because you did look up to see the sun does not mean that those who did not, don’t know the sun, or are not connected. You simply put more attention onto the sun than others.

Maybe I am completely wrong and we do in fact can have relationships with the Gods. What this has been is an attempt to honor the maxim “know thy self”, that is, knowing more about our own nature. This was also a philosophical exercise, one in which I wish I could had with Plato or Iamblichus, or any other philosopher of those days. I hope you enjoyed this deep philosophical examination on this topic. What do you think about this subject? Where do you agree or disagree with me? Discuss and philosophize with me, please. 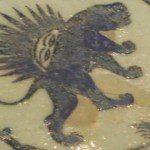 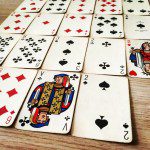 July 13, 2017 The Cartomancer: Just Shut Up
Recent Comments
0 | Leave a Comment
"Hope it doesnt end up as her dream"
Yeahitsme Phoenix Rising: Anchors – 7 Daily ..."
"Finally a charecter who's genuinely nice"
Moridain Between Two Worlds: Transgender Day of ..."
"Sooo did she sleep walk"
Peerless Fatty The Corner Crone: What’s Your Big ..."
"The vinegar is quite strong 😏"
Mnotia The Corner Crone: Crystal Magic for ..."
Browse Our Archives
Related posts from Agora