If you can’t believe these words I say,
Step in, Wild Horse, and clear the way.
In comes Dick and all his men,
He’s come to see you once again.
He was once alive but now he’s dead,
He’s nothing but a poor old horse’s head.

He’s travelled both through frost and snow,

Going down yon hill last night,
Poor old Dick fell down and broke both shafts off.
Now, ladies and gentlemen, open your hearts
and see what you can give towards Dick a new cart;
not for him to draw, but for me to ride in.

It’s the middle of October, and in a few weeks the first of the dark time traditions will begin to unfold in Britain. I’m not talking about Samhain, Halloween, or Bonfire Night, but other traditions which are interconnected. Among my favorites are the souling plays of Cheshire. These are simple, traditional plays which have been around for at least a couple of hundred years, but may include elements of something much older. The reason they are called “souling plays” is that they are associated with All Souls Day, on November 2nd, a day that has had a major influence on how we celebrate Samhain/Halloween.

A hundred years ago, folklorists were sure that plays like these were pre-Christian survivals about death and rebirth. That has been discredited now, but whatever the origins, there is something in them that speaks to my Pagan soul, and I know I’m not alone. Kristoffer Hughes says of the Mari Lwyd tradition, “A sure sign of the power within the sacred is when it easily transfers itself into the celebratory practises of secular communities.” I fully agree, but I also think that the sacred has a way of seeping into secular traditions, or perhaps finding a way to make itself known through them.

The Cheshire plays are short and based on a formula. Each group – usually associated with a particular village, has its own variation. Performances mostly happen in pubs, although they once went house-to-house, and are performed by adults for adults on the days close to November 2nd.

King George enters and swaggers about bragging for a few lines, then in comes the knight, Slasher. They have a sword fight and the knight is killed in a joyful combination of ritual recitation and slapstick comedy.

Next to enter is the knight’s mother — a man in drag. She is distraught at the knight’s death, so a doctor is called to revive him. The Quack Doctor comes in next. After some more joking about, the knight is given some silly remedy and stands up, fully cured. There are other stock characters that usually do their bit – a boozy Beelzebub and a sort of fool, sometime called Little Devil Doubt. He usually collects the money at the end and might try to ride the horse.

The final character (and, of course, my favourite) is The Wild Horse, often named Dick. The Horse is usually a carved horse head, or decorated pony’s skull, mounted on a pole, and carried by a man covered by some sort of heavy fabric. He is led in by his Driver, who tells us what a great horse he is, or perhaps once was, and the play ends by asking the crowd to give money to buy The Wild Horse a new cart, or some other necessity.

I realize that my description is not very inspiring, so I hope you will enjoy this video of the real thing.

This kind of play is well known in most parts of Britain, but Cheshire stands out because the plays are at All Souls, instead of Christmas. From a Wheel-of-the-Year perspective, there isn’t really a wrong time for a nod to death and resurrection, but the beginning of the dark time, and the Christian All Souls celebrations add a little extra weight.

The other thing that stands out about Cheshire is the Wild Horse, itself. In most of the plays, the horse and driver are given quite a bit of time for lines and larking about, even though they have no actual involvement in the plot of the play. Maybe horses have survived as part of the plays because people love to see them, but another possibility is that the horse was once a separate tradition, like the Mari Lwyd or Hooden Horse, which at some point was combined with the play.

There is a tantalizing reference from 19th century Ireland to a Mari Lwyd-like pole horse called the Lair Bhan, in County Cork. “It is not many years since, on Samhain’s eve, 31st October, a rustic procession perambulated the district between Ballycotton and Trabolgan, along the coast. At the head of the procession was a figure enveloped in a white robe or sheet, having, as it were, the head of a mare, this personage was called the Lair Bhan, ” the white mare,” he was a sort of president or master of the ceremonies. A long string of verses was recited at each house.” – William Hackett, 1853

This tradition has completely disappeared, as far as I know. There are other Lair Bhans in Ireland, connected with wren boys or with St. John’s bonfires, but they are usually of the type where a frame goes around the “rider’s” waist. This one seems to have been part of a house visiting tradition in which people gave food and money to the troupe to avoid bad luck. Sadly, I only know of this one reference.

And speaking of Mari Lwyds at this time of year, I noticed that The Anglesey Druid order chooses to start taking their Mari out for the first time at Calan Gaef (Samhain). Perhaps they know something we don’t!

Whatever all these horses mean, I love that people are interested in them again. If you are waiting for me to connect them to the horse goddesses, I will, but I would certainly not say that they are necessarily a remnant of a horse cult, although it’s always just possible. Rather I would say that they might be a manifestation of some part of us that quite rightly reveres the Great Mare, whether we can voice it in so many words. Whether the person under the cloak is a devout Pagan trying to honour a horse goddess, or just someone why enjoys taking part in mumming traditions, isn’t the main point. I see the Great Mare in the snapping jaws of the horse, and the tingle everyone gets when the horse makes an appearance, and feel that in some way She has honoured us with Her presence, regardless of the intent.

Intent, of course, can take these traditions to another level! 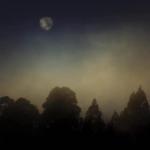 October 19, 2018
Between Two Worlds: Samhain, My Sister and Hekate
Next Post 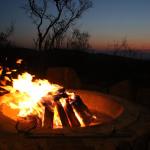 October 24, 2018 21st Century Viking: That’s Winternacht to You
Recent Comments
0 | Leave a Comment
"Yes, thats why its called Patheos: Pagan. Patheos is a multi belief website with blogs ..."
Michelle Gillian The Dance of Pagan Recovery: Welcome ..."
"Simply vile and disgusting how a supposed catholic website or blog is fooling its readers ..."
Luis rodrigues coelho The Dance of Pagan Recovery: Welcome ..."
"What's kind of kooky about being disabled and invisible, or different and invisible, is that ..."
JenniWest The Corner Crone: Why Are You ..."
"This really sounds interesting. Health is so important."
WildestSea The Corner Crone: The Witch’s Guide ..."
Browse Our Archives
Related posts from Agora