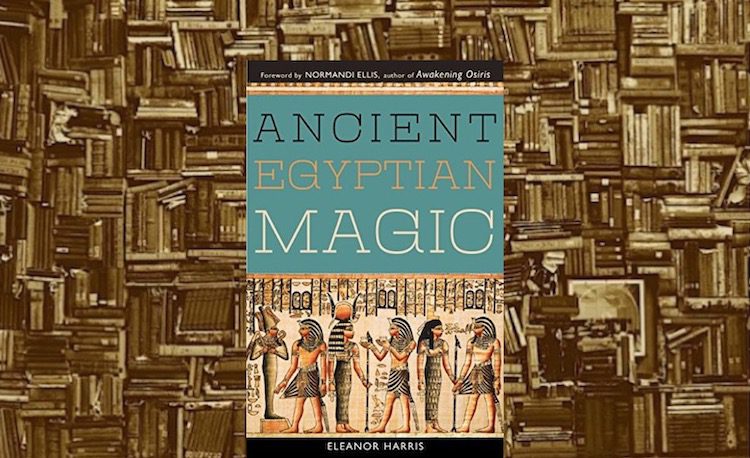 Overview: I opened this book knowing only as much about ancient Egypt as I recall from sixth grade, when building pyramids out of sugar cubes was in vogue. In short, I’m far from an expert in this area. I opened this book — a 2015 edition of the 1998 original — curious about the subject, and eager to learn. I closed with the sense that Harris did her research thoroughly, and with it presented a plausible way to apply ancient Egyptian magical techniques to modern problems.

Hoping that more knowledgeable people have weighed in, I turned to the internet and found mixed reviews. On Goodreads, for example, one person found it thorough and another lacking. All I can say is what should always be said: it’s best to understand the sources the author uses, but one has to start somewhere.

Between these covers are an overview of the religious context in which these techniques were developed (magic was apparently incorporated into ancient Egyptian religion as thoroughly as it has been into modern Wicca), translated and modernized instructions for using them, and resources including glossaries of terms and deities, further reading, and catalog houses through which to shop for appropriate items (because the internet wasn’t all the big for commerce back when this was written, prior to the turn of the century).

There’s not a lot of information about ancient Hellenic magic, but the drier Egyptian climate allowed more information to be preserved. Rather than be jealous that students of Egypt have many papyri to study whilst my coreligionists have mostly lead tablets, I was drawn to the similarities since there was a lot of cultural exchange. What clues about Hellenic magic can I find in Egyptian sources which, for example, refer to the agathos daimon? Certainly the ethical system was similar; magicians did what they wilt and accepted the consequences, or not if they were strong enough to avoid them. Those hints about my own traditional roots were tantalizing. 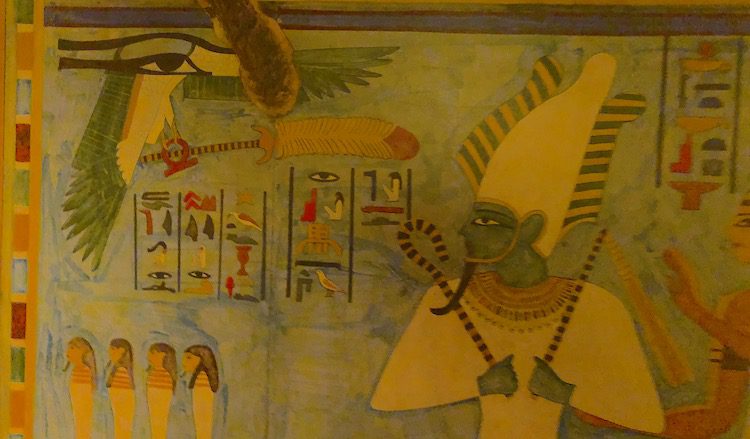 On the other hand, much of the Egyptian system Harris describes wouldn’t sit well with me, whether or not my ancestors practiced similarly. She describes the use of shape-shifting as a means to trick or bully gods and other spirits into doing one’s bidding; failing that, magicians had no problem threatening gods to get their way. Not my cup of tea, but certainly an insight into this fascinating culture nonetheless.

Quibbles: There are several instances in which the author provides substitutes for the components listed in the source material because the original materials are not practical to obtain. That’s fine, but I wish she had spent more time laying out what those original components were; that would allow modern magicians to more easily choose other substitutes based on their personal circumstances.

Conclusion: Assuming the scholarship is solid, Ancient Egyptian Magic appears to be a good starting point for learning about these ancient magicians, but nothing more. Magic did not exist in isolation, and it’s important to understand the cultural and religious context of the magical scripts presented here before attempting to apply them today. As long as the reader doesn’t come away believing that this is all to know, it’s not a terrible starting point. 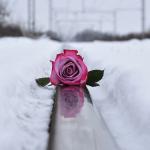 January 9, 2019
Between Two Worlds: Living Stealth...or Not?
Next Post 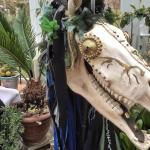 January 10, 2019 Pan-Celtic Hoofbeats: Horses of the Dark Time-Mari Lwyd
Recent Comments
0 | Leave a Comment
"What a very beautiful and inspiring way to describe the struggle we all have to ..."
Freyja Babalon’s Cloister: “I’m not a Magician, ..."
"Two years later I come back and reread this article, and still think it's one ..."
Wolf Cross and Crossroads: In Defense of ..."
"I share your thoughts and hope that wise world leaders with rise up and prevail."
Willow Rose Between Two Worlds: The Dark Times
""Many were trans women who had to resort to sex work in able to pay ..."
Harold Masters Between Two Worlds: Mika
Browse Our Archives
Related posts from Agora

Pagan
The Corner Crone: The Modern Witchcraft Guide to...
Agora