Pan-Celtic Hoofbeats: Polytheism is About Choice

You can be sceptical about religion.

The past few decades of both religion and politics have been truly awful, and I know that having any religion forced down your throat is a form of abuse. I totally understand why people would have a reaction against all that.

Many Pagans have had a bad time with religion, or more specifically with some brand of Christianity. They want Paganism to be an antidote to that. Modern polytheists don’t want to force their beliefs on others or get into fights about which of us is following the one true goddess, and that’s because we know that there are many deities, and each person will resonate with different ones.

Our deities don’t say “All other gods are false gods.” We know that they are not all-powerful or all-seeing. Modern polytheism offers a great breadth of choice. (The depth is up to you.)

Nature is central to my path, and honouring deities makes it more important, not less. The gods are immanent in nature, and I believe that they arise/arose from nature, rather than that they created it. Defending the natural world is the top priority for many goddesses and having them as allies increases our chance of success in that fight. I love trees and herbs and grass. I’m passionate about animal rights. My gods constantly remind me that enjoying nature is not enough. The natural world is under threat and I must do what I can to counter that threat.

I hear people say “I wouldn’t bend my knee” or “I wouldn’t bow down for anyone.” To my knowledge most goddesses don’t ask for that. Some people like to offer it, and some deities may like it if you do. I could also imagine that some gods might find it a bit icky if you grovel. One time a guy I was on a second date with went down on one knee in a diner where we were having lunch and tried to propose to me. This was not romantic! It was inappropriate and manipulative. On a couple of occasions in my life I have felt moved by a combination of emotion and pretentiousness to try to prostrate myself before a goddess. My sense is that it was received with a bit of a smirk, and I got up sheepishly.

That said, I believe that deities want and deserve respect and honour. What does that look like? Well, you probably stand for the national anthem. You might sing Happy Birthday to friends, take your mother out for dinner on Mothers’ Day, or put flowers on family graves. If you go to court, you are expected to rise when the judge comes in. Your job may require you to call certain people by a title, or you may like to show respect and politeness by calling people “sir” or “ma’am”. These are normal marks of honour or respect. If we are willing to offer this to people, then the gods surely deserve it.

You don’t have to know your ancestry.

I’m not convinced that the goddesses are all that interested in my genetics, and anyone who says they are is going to get some serious side-eye from me. Individual deities are often seeking allies or devotees, from the general population – often among some special-interest group. Poets, farmers, witches, people who like the sea – each will appeal to certain gods regardless of race or culture.

If you’re attracted to a particular pantheon (family of gods), then I think it is a mark of respect and a way to deepen your relationship to try to understand the land and culture that pantheon belongs to. Chances are, if you have that attraction you are also drawn to the culture, climate and landscape that goes with it.

Even if you may have a high proportion of a certain ethnic group in your family tree, that doesn’t mean you belong to that group culturally – not the modern culture, nor the Iron Age version! Does this mean that the goddesses won’t accept you? Honestly, I can’t say for sure, but I think there’s a good chance that they will if you show respect. And one of the most disrespectful things you can do is to assume a false identity. I’m not just talking about pretending to have a certain ancestry, I’m talking about the sort of posturing and putting on fake accents, etc. that people sometimes engage in. LARPing isn’t reconstructionism, it’s just dressing up. Trying to be something you’re not is exhausting for you, and tiresome for those around you – including the gods.

It’s okay not to feel chosen by a god.

Most people honour a deity because they feel drawn to that deity. That’s certainly how I started, and it was years before I felt that Epona was choosing me (although I may have been a bit thick!). Some people get interested in a particular goddess, and a relationship develops over time. Some people are unmistakably called in some dramatic vision or something. Even then, it’s generally a call, not an ultimatum. (And I do respect that some people say they’ve had ultimatums, but it’s never happened to me.) In the meantime, it’s fine to do the calling. To respectfully try to initiate a relationship with whatever gods you choose.

You can be firmly rooted in the modern world.

There are plenty of ways to be a polytheist. Many like the reconstructionist approach, of trying to figure out how people conducted their religion at some point in the past, and more or less following it. However, as polytheism has matured I notice a softening around this, and an acknowledgement that it’s only one approach out of many. I have deep respect for the hard work and study that reconstructionists do, as it benefits many other polytheists, but I am thankful that there are plenty of other legitimate routes to knowing the gods.

You don’t have to study endlessly.

I’ll admit that modern polytheists put a lot of emphasis on study. Not only do they study the mythology of their gods, they like to delve into other old texts, learn obscure languages, and read up on history and archaeology. If that appeals to your inner nerd then that’s great, but there are other ways to approach polytheism. Simple, short books, videos and workshops are becoming more available, and their quality is improving. If you want some basic knowledge without feeling like you’re studying for a degree, it’s available if you ask around.

There is also the more direct route of approaching a deity you are interested in, or who might be calling you. A bit of study is still going to help, but many people have deep and meaningful experiences with deities while meditating or journeying.

Slavery has been abolished.

There have been a few mentions recently that the gods are not vending machines. They are not our servants. You can’t expect that every time you light a candle or pour out some mead a god or goddess is going to come running and give you stuff.

Equally, I don’t see the deities I honor as my masters, unless I go to one of them and negotiate some sort of agreement (something which I wouldn’t do lightly). In that case, it’s more like going for a job interview. Do I want to work for this deity? Do they want my efforts? Will we agree to each others’ terms? So if I occasionally say “I work for the horse goddesses” that’s what I mean. I’m not their slave. 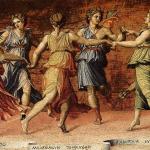 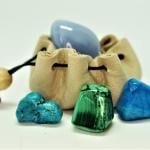 March 15, 2019 Omens & Oracles: Self Care, Also Known As Witchcraft
Recent Comments
0 | Leave a Comment
"Another post written by someone who hasn't actually read the mythology they are talking about ..."
Kris Hughes The Rantin’ Raven: Who Was Mabon?
"What has always worked for me -- e.g., with no negative blowback that I have ..."
Cathryn Meer Bauer Radical Pantheist: Defining Unethical Magic
"I feel like, with any craft, there are definitely rules. If you don't follow the ..."
JenniWest Cross and Crossroads: What “No Rules ..."
"She crossed the Rainbow Bridge early, but she will be waiting for you when you ..."
Kyllein MacKellerann " Stirring the Brew: Underworld Crossings
Browse Our Archives
get the latest updates from
Agora
and the Patheos
Pagan
Channel
POPULAR AT PATHEOS Pagan
1