The Corner Crone: Whither Thou Goest

The Corner Crone: Whither Thou Goest June 28, 2019 Martha Kirby Capo

Some of you may recognize this snatch of a verse from the Christian Bible’s Book of Ruth, which reads in part “whither thou goest, I will go; and where thou lodgest, I will lodge: thy people shall be my people, and thy God my God” (KJV Ruth 1:16).

I’ve been thinking a lot about new-to-me gods lately as the tsunami of our Moving Day approaches. We’re headed to Miami FL, a part of the country I’ve never visited and don’t really know much about. I’m not talking about learning more about the local grocery stores and insurance requirements (although if I never hear another conversation about roofing it will be too soon); I’m talking about getting to know the ancestral gods of the First Nation people who originally lived in the area.

This morning I ran across an article by Chip Colwell, Senior Curator of Anthropology at the Denver Museum of Nature & Science. He writes:

My learning these days is centered around the Tequesta Indians, who were hunter-gatherers in the present-day Miami area. Learning more about their culture affirmed my instinct to use salt water (could be tears; moving is hard after all) as part of the New House ritual I’m working on, and items like sea shells, fish, and sand will also find roles in the ritual.

But I feel like I want to include something to honor the ancestral gods of the area beyond a one-time introductory ritual. I’m not a huge fan of Wikipedia as a completely reliable source of factual information, but that’s where I find some interesting bits about Tequesta customs  that I think I can fold into my rituals honoring Hekate.

If the Wikipedia entry is to be believed, the Spanish missionaries reported that the Tequesta had a god of the graveyard, represented by a bird’s head that was carved in wood and stored in the temple. The missionaries also reported that “[t]he Tequesta also believed that humans have three souls. One in the eyes, one in the shadow, and one in the reflection.”

The Tequesta language is lost. I’ll never know the names of these gods and that might cause one to wonder how I will ever call upon them to honor them, but this lack of naming actually appeals to me. None of us (I would think) calls out a deity’s name with the intention of call them to heel; rather, we call the name to bring ourselves into focused alignment with the deity with which we’re working. I’m drawn to the practice of calling to the unknown god of the graveyard, which for all intents and purposes seems pretty aligned with calling to Hekate. Being unable to name that deity–not knowing the name of that deity–keeps me from putting the god of the graveyard into a tidy, well-defined box. My little sorting machine of a brain won’t be able to latch on to a physical representation, ancient or otherwise, which paradoxically offers the opportunity to be in closer communion with that deity.

True, the deity was represented by a bird, but there’s no mention that I’ve found yet that clarifies a specific species of bird. I would guess, being a coastal people, the bird that represented the god of the graveyard might have been a coastal bird. That’s a pretty rational expectation, but I’m certainly not comfortable assigning a particular bird to a lost cultural practice. That said, I’m probably going to add to my new altar a raven fetish, carved by Zuni artist Tim Lementino, that I usually carry near my skin. I bought it last year just before my sister died, and it’s seen me through a long rough patch. Lots of energy in that fetish; lots of thoughts about Laura as I’ve rubbed my mourning into that black marble these last eight months.

I’m also drawn to the concept of three souls, which (to me) seems to share some analogous properties with Hekate as a Triple Goddess. Do I plan to conflate the Tequesta god of the graveyard with Hekate? Not at all. I’m not intent on creating some sort of Greek-Indian admixture of a faith practice. But I do think there is room on Hekate’s altar to honor the local ancestral gods, and I think there is room in my heart and spiritual practice to honor them as well. And I do want to resist my strong tendency to quantify the ineffable, to resist the inclination to apprehend the Holy in binary terms. To live in the fertile tension of “both/and”, not rest in the oh-so-easy complacency of “either/or”.

I’ve learned that the Tequesta apparently did some bone work, although accounts are sketchy and differ. Bone work is not something I have ever incorporated in my practice, and I don’t know that I will do so once I’m in Florida. It will be interesting to discover what part—if any—bones might play as my practice evolves to honor the local gods. My approach will be to start slowly–respectfully–with my own practices. Throwing myself into bone work feels a little bit like cultural appropriation to me at this point. I believe if that practice is going to be a part of some future rituals it will happen organically and only after I get to know the local deities and they get to know me.

Finally, I’ve learned of an archeological site known as the Miami Circle, believed to be the remains of a structure built by the Tequesta. I’ll be living within easy driving distance, and plan to visit the site to make an offering soon after I arrive in the area. It’s a matter of respect, a transmutation of my words into action, a way of living my faith intentionally. A way of activating my connection with All That Is in a new land, of honoring the new-to-me gods. To let them know I come in peace, I come to learn, I come with an open heart. 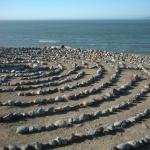 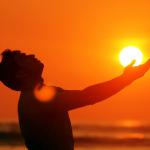 June 28, 2019 Hearth of Hellenism: Are You Feeling Disconnected?
Recent Comments
0 | Leave a Comment
Browse Our Archives
get the latest from
Agora
Sign up for our newsletter
POPULAR AT PATHEOS Pagan
1