Hadrian’s Garden: How Can I Believe in Monsters and Gods?

Hadrian’s Garden: How Can I Believe in Monsters and Gods? April 18, 2020 Adrian Marcus

In popular culture, the term Pagan brings up images of monsters, magic, and temples to ancient gods—the stuff of fantasy novels or the alien beliefs of a bygone age. How could a reasonable person in today’s age of science and secularism believe in such things? Sometimes, after a few beers, someone I know will finally decide to ask me what I mean by calling myself a Pagan. Surely, I do not believe in such things? How could monsters and gods exist? Every Pagan I know has their own conceptions of these things, and I’ve heard many interesting theories, but what follows is how I see it.

When I was in sixth grade we had “ocean week” at my school. During a class on the deep sea, I remember a teacher talking about the giant oarfish. These fish live in the depths and rarely surface. Usually when they come to the surface it is because they are dying, so we still know very little about them. The longest one ever reported was 56 feet and the heaviest was 600 pounds.

The teacher made an off-hand comment about how some people think this fish may be responsible for some reported sightings of sea serpents. The class went on and this idea was not brought up again, but 12-year-old me was so fascinated that I researched the idea in the library and at home. This research is also where I first heard of kraken, and I found more than one historian saying they believe the giant squid could be what spawned this myth. My middle school project at the end of that week was a paper on sea monsters and the real creatures that may have been mistaken for them.

A few years later I had the realization that these things were the monsters. When an ancient person found the washed-up 50-foot, 600-pound carcass of a Giant Oarfish they did not mistake it for a sea serpent because it is a sea serpent. With its long, sleek body, flamboyant dorsal fin, and plumage it even looks like the ornate sea serpents one finds in anime.

When a Viking sailor caught a rare glimpse of a 60-foot giant squid they did not mistake it for a kraken. That is a kraken. A giant squid is a huge cephalopod, which is exactly what a kraken is. The only difference is we have pictures and preserved specimens so people know the existence of a monstrous cephalopod is scientific fact. Here is an excerpt from the Old Norse bestiary Konungs Skuggsjá, written in Greenland in the Middle Ages:

“There is a fish that is still unmentioned, which it is scarcely advisable to speak about on account of its size, because it will seem to most people incredible. There are only a very few who can speak upon it clearly, because it is seldom near land nor appears where it may be seen by fishermen, and I suppose there are not many of this sort of fish in the sea. Most often in our tongue we call it kraken[1].”

To me, that description does not seem like someone wanting to tell tall tales, but someone trying to describe something quite unbelievable that he has heard of in stories. Stories grew in the telling in the days before there was documentation and it would have been hard for an author to sort out truth from tall tales.

So, what are monsters exactly? I would make the argument that great white sharks fit every possible definition of a monster except for this one small caveat—they exist. Once we prove something exists it moves from myth into science and is no longer a monster. I would never claim there were things such as fire-breathing dragons, but I would correct my mother for telling me “there’s no such thing as monsters.” There certainly are such things. They live in the depths, have layers of giant teeth, and strike their prey out of nowhere, consuming them in only a few bites. They attack almost a hundred people a year and about eight of those people actually die from the attacks. We call them sharks, but they certainly are also sea monsters.

Let’s go back to my school days again. This time I am 16 and I am reading The Odyssey for my World Literature course. Odysseus slays Polyphemus the Cyclops (a monster which may have come from finding the skulls of dwarf elephants that were extinct in Greece) and incurs the wrath of Poseidon, the father of Polyphemus, who prevents Odysseus from sailing home. Only by the intervention and blessing of Athena does our Greek hero arrive back in Ithaca instead of dying at sea.

There are many ways to look at The Odyssey. The simplest is to take it at face value and figure it is a story about petty gods and mortal heroes in a mythical, bygone age. However, I wonder if the story could be interpreted thusly; Odysseus is stranded at sea for years and keeps running into trouble. He and his men cannot figure out why he should have such bad luck so they figure he must have somehow incurred the wrath of Poseidon, god of the sea. When he finally makes it back by relying on his cleverness, he attributes it to the blessings of Athena, goddess of wisdom. If this interpretation works, then it is a very interesting view into the ancient Greek mind. All events are reframed into a context which accounts for the whims of the gods manifesting in the world.

During half of the year the plants and animals either die or hunker down? Must be Demeter, goddess of the earth, is in mourning half of the year. A winter storm approaches from over the sea? Poseidon and Boreas, gods of the sea and north wind, must be in a quarrel. A plague strikes your civilization? Perhaps you have displeased Apollo, or perhaps you need to flatter him so that he will take an interest in helping you recover.

In this way of thinking the gods literally are the natural forces. Sol is not just the god of the sun; he is the sun. He rides through the sky every day in his shining chariot and we see his radiance. Athena is wisdom itself. When Odysseus is clever or wise it is Athena who put that thought in his head. This type of interpretation falls into the school of teleology, and it has detractors, but I tend to agree with it. Gods are personification of the natural forces themselves.

The sun and the earth literally are gods. Without the sun, life would not exist. It shoots its light down, which heats the soil and makes seeds sprout from the womb of the earth. It feeds the plants with its light, which, in turn, create sustenance for the animals. It literally impregnates the earth, then nourishes the children that are born. In Norse Myth the names of the deities of the earth, sun, and moon literally translate to “earth,” “sun,” and “moon.” Even Thor is just the Old Norse word for thunder. When an ancient Norse pagan heard thunder, they called the thunder itself “Thor.”

When I explained this theory to a Christian friend of mine, he pointed out that praying to the Sun would not get you anything. I think it would be hard to prove that praying to Jesus gets you anything either, but even so, ancient pagans tended to pray and sacrifice to the gods in order to placate them. The hope was they would keep things running smoothly and not meddle. You might petition Mars for a favorable battle, but you probably would not petition Sol. A solstice ritual in honor of the sun would have been more of a celebration of summer, than a petitioning of the sun to help you.

So yes, I do believe in monsters and gods, but most people use other names for them. I will throw incense on a fire at the solstice to honor the sun and I light a scented candle to Athena to acknowledge that I need wisdom. I admit that, although we know what a giant squid is, it is still a mysterious monster of the deep. Using metaphor and archaic language to conceptualize everyday life is my own small way of re-enchanting the world. It ties modern conceptions to our ancient ways of thinking and adds a layer of meaning and reverence to life, which is sorely needed in our world. 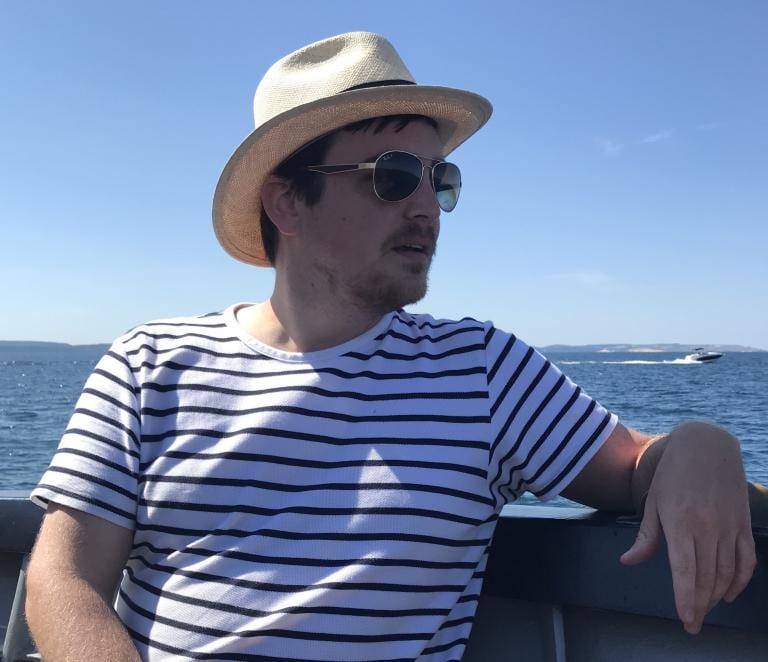 About Adrian Marcus
Adrian Marcus is a trained classicist and is interested in keeping modern pagan practice in touch with its ancient roots. He is also a gardener and environmentalist. You can read more about the author here.
Previous Post 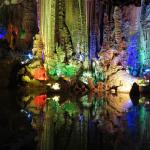 April 15, 2020
Starry Eyed Witch: Embodying The Morrigan - the Lady at the Ford
Next Post 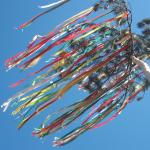 April 21, 2020 Irish-American Witchcraft: A Simple Bealtaine
Recent Comments
0 | Leave a Comment
Browse Our Archives
get the latest updates from
Agora
and the Patheos
Pagan
Channel
POPULAR AT PATHEOS Pagan
1