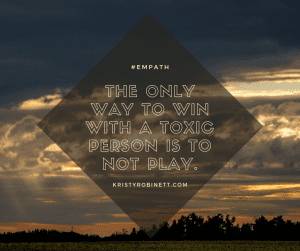 My dad always taught me never to burn bridges. That advise took an interesting turn a few weeks back.

Something people find surprising is that my clientele is pretty balanced with both males and females. I glanced at my calendar the morning before leaving for my office and I recognized a name, but the last name was pretty typical so I didn’t think much of it until Todd (not real name) walked in and I knew I knew him.

Years ago when I worked in Corporate, the office was filled with many young wannabee executives. Some were helpers, but most were backstabbers. It honestly was adult elementary school with pushing and lying all in the name of climbing the ladder of success. Maybe it was because I knew I didn’t want that life for my future is why I didn’t play the game, but even that threatened some – Todd was one of them. Todd and his group did everything to sabotage my work in the only way I could describe as corporate bullying. I stayed strong while I looked for another job, not wanting anyone to see they were getting to me – even though they were, especially the ring leader – Todd. My last day at that job I made sure to thank Todd for helping me know what I wanted out of life (at least for that time). I remember he looked at me weird and turned around with a cocky smile. He thought he won because I was leaving.

So many years later Todd sat across from me asking for life coaching advice and wanting to connect with his loved ones on the other side. I wasn’t sure if I should first remind him who I was, but decided to keep things impartial and trust spirit would help me with the right words and connections. They didn’t disappoint, but as we ended the session I wanted to let him know who I was. And he cried. And I cried. And we talked about the burning of bridges and how it was a fine line. Life is rarely balanced and when we are angry we often burn bridges, but that can become messy. Instead think of as a controlled burn. Steve Maraboli says – “The path to freedom is illuminated by the bridges you have burned, adorned by the ties you have cut, and cleared by the drama you have left behind. Let go. Be free.” There’s different ways to burn the bridges (or not burn the bridges). You never know who will show back up in your life and for what reason.

There will always be a bully. There will always be someone who tries to belittle, criticize, and demean, a person who will judge you. It rarely has anything to do with you – it is always about them. Yes, it is abusive and you should not endure it, but they don’t need a reaction either.

April 18, 2019 Spring Oracle
Recent Comments
0 | Leave a Comment
"Good points! Really, instead of the fighting, we need more nature photos, and good news ..."
Sam Be a Light
"thank you for this, wish I had read it earlier last week it would have ..."
Ronnie Here Full Moon in Sagittarius
"I'm totally gonna start doing the $100 in my wallet thing."
The Great Gazoo A Lottery Winning Psychic
"I'm so sorry for what you went through, Kristy! Thank you for your message. Sending ..."
Kathy Happy Mother’s Day
Browse Our Archives
get the latest from
A Happy Medium
Sign up for our newsletter
POPULAR AT PATHEOS New Visions
1

New Visions
An Act of God
A Happy Medium

New Visions
Key to Your Intuition
A Happy Medium

New Visions
Be a Light
A Happy Medium