A Very Strange Novel About Witches and Gnostics

As a writer, I have always been fascinated by historical puzzles, about how various religions actually began, and about the nature of writings and movements about which we know too little to be able to reconstruct them by merely logical methods. I had begun trying to answer the question of how Christianity actually began, and so learned about the existence of the Gnostics, who sounded fascinating, and of The Ante-Nicene Fathers, which contained almost all the information about the Gnostics available in the 1960s. The Nag Hammadi Library, the collection of genuine Gnostic writings, found in 1949, was not translated and published until 1979. In 1971, I found and immediately bought a set of the ANF for $50. (That was equivalent to about $500 now. These days, all ten volumes of the set are available online.)

Upon read­ing the negative propaganda of these Church Fathers of the second and third cen­turies, I began to wonder what the Gnostics’ own writings might have been like. I extracted all the identifiable fragments of their writings in the quotations, paraphrases, allusions, etc., of the Fathers, and used them as raw material to create the Gospel of Simon and Helen. In it one key character is the goddess Sophia, who becomes incarnate in Simon’s beloved Helen. I saw her as a manifestation of the Goddess, of the kind of Supreme Goddess whom Graves proclaimed. Just as a literary piece, it seemed rather radical to me at the time.

During the 1980s my curiosity led me to assemble all the Gnostic, Talmudic, etc., variants on the canonical texts of the Gospels (that is, the ones in the New Testament collection)  in order to see if a complete alt­ernative Gospel could be compiled in this way. The steadily growing pile of fragments that seemed to be part of a Gospel of Mary did not at first tell an understandable story, until I tried pulling all the passages about Jesus’ mother in the canonical Gos­pels into the pile also—and then the story fell together, the story of a young rabbi of the House of Hillel who was summarily executed by the Romans and whose wife, Mary, car­ried on the tradition of his teaching.

I next realized that the two gospels I had created seemed to be chapters in a novel, or documents from a parallel universe—which is much the same thing. Early in 1991, my intuition led me to thinking about Leland’s “Gospel of Aradia” and to wondering if it could be enlarged into a somewhat more com­plex story. I began to fill up a computer file with materials that were similarly antinomian and antiauthoritarian: passages from Blake’s “Marriage of Heaven and Hell,” from various of the Nag Hammadi documents, from the writings of the English Ranters; and so on. I also included quotations from, para­phrases of, and allusions to my two earlier gospels, on the assumption that they all existed in the same parallel universe.

As I worked on all these materials, at first the fragments refused to fall to­gether into any new pattern. But then I realized that my very deep and lifelong belief in the sacramentality of sex was the key. A voice began to speak in my mind, rewriting what I had already written, dictating new passages, pulling pieces together, driving me to rewrite it all in one mad rush—until I had a first draft of a genuinely new work, the Gospel of Diana.

The phenomenon of the voice in my mind was nothing new, but what surprised me was its identity. It was the voice of an Italian noblewoman named Diana, writing at about the time of the First Vatican Council in 1870, reworking all the documents passed down to her by her family into a unified modern statement of her theology. Diana, whose family had been actively persecuted by the Roman Church, had no reason to be “fair” to her persecutors and so wrote with passion, conviction, and fervor. I also found her beliefs about Jesus to be astonishing—and yet astonishingly logical. The role that the Rabbi from Nazareth plays in her story will no doubt surprise, amaze, anger, or otherwise affect people in many ways—but I knew nothing about it until Diana, speaking in my mind, told me what her family believes about him. Since then, I’ve discovered that most of those surprising elements are confirmed by what the Gnostics themselves wrote.

Of course, by themselves, these “gospels” did not a novel make, not even a “novel in the form of nonfiction,” which I did try. But in the intervening years, another story began evolving, as I wondered what might happen if such gospels did turn up in a real world. I arrived at a story about a college professor, Eddie Edwards, and a hereditary Italian Witch, Andrea Peregrino. When Eddie receives three apocryphal gospels (the aforementioned three) smuggled out of the Vatican library by a colleague who is then murdered, his life gets very complicated. He and his colleagues are subjected to burglaries and assassination attempts, Eddie and Andrea begin a passionate romance, and Andrea begins teaching him about the ways of Witches, about her extraordinary talents, about her complex theories on the nature of consciousness and reality that she has developed in attempting to understand herself, and about the lost, liberal tradition of Christianity that her family has preserved. The overall plot has many “thriller” elements, but it is basically a love story, set in an alternative universe. It’s not so much “science fiction” as it is “theology fiction.”

Mark Linenthal, my mentor at San Francisco State, once said that if you take your writing out to the absolute limit of what you think people could possibly tolerate, and then go beyond that, you might have a chance to create something genuinely original. I hope that is what I’ve done. I doubt you’ve ever read anything like this novel. So try it. I think you’ll like it. My techie wife did get it up on Kindle for me. It is titled Goddess Murder.

My mentors and other writers have often told me that a novel cannot be used to educate people, but only to entertain them. I am reminded of a story about Claude Debussy. Ancient Greek music had used parallel fifths as its primary harmony; later music, such as the Gregorian chant, had avoided that. Debussy was told, at the conservatory, that he therefore could not use parallel fifths, that they were against the rules. His response was, “Oh, yeah? Watch me.” The result was one of his most beautiful pieces, The Engulfed Cathedral. 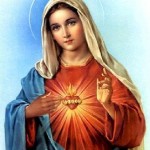 June 14, 2012 Of Holidays and Riddles
Recent Comments
0 | Leave a Comment
Browse Our Archives
Related posts from Aidan Kelly: Including Paganism