I see that an all-male court in Iowa has ruled that an employer can fire a woman merely because he finds her attractive. That is, the woman lost a suit for wrongful termination, and the court has allowed yet another form of discrimination against women.  The dentist who fired her argued that he was defending family values because she was a threat to his marriage. Maybe the guy is not an Evangelical Christian. Maybe it’s unfair to think he is–but unfortunately he sounds like one, and if he is one, as is typical of all too many Evangelicals, he totally misunderstands what Rabbi Joshua said, though that is not entirely his own fault, as I will explain. It is almost depressing to see here  the same problem that Rabbi Joshua of Nazareth preached against 2000 years ago.

The context for his preaching is that, in Judea as in Greece (well, in Athens, not Sparta), men blamed women for their own feelings. Rabbi Joshua’s pronouncement on this issue is usually translated as, “If a man looks at a women with lust in his eye, he has already committed adultery with her in his heart.” Here the Greek has been wilfully or ignorantly mistranslated, and the resulting mistranslation has been misinterpreted as meaning that he thought sex is a sin. Oy, vey! Did he mean that one must struggle to suppress feelings, to not feel one’s own feelings? That really would be pathological–but it is what I was taught in the Catechism classes in St. Patrick’s parish in Brooklyn in 1952.

Looking in my Liddell-Scott unabridged Greek dictionary, I find that the Greek word that has been mistranslated as “lust” actually means “desire.” This not an occult, arcane secret. It is information that anyone who bothers to look  can find. Translating “desire” as “lust” is already imposing an unjustified negative  interpretation on it. Furthermore, no Rabbi, including Rabbi Joshua, could possibly have preached that sexual desire in itself is a sin. Why?

Because the first commandment that God gave to the many men and women he had created,  in Genesis 1:28, was “Be fertile and multiply.” That is, in traditional Jewish belief, God ordered us to have sex and did not place any restrictions on when, where, or with whom one could have it. Since having sex fulfills a commandment and does not break one, it by definition is not a sin. Furthermore, since a person who never felt desire would never fulfill that commandment, desire too cannot in itself be a sin. Jewish belief at that time was that celibacy, the wilfull refusal to fulfill that commandment, was a sin; so a Rabbi had to be married. Was Rabbi Joshua therefore married? There are some other reasons why he may not have married, reasons that are even more likely to give the traditionally devout apoplexy. I’ll get back to that.

What about that other word, “adultery”? Wasn’t he forbidding that? Again, no. The Greek word used in the text actually meant “having sex with a prostitute.” That simply is not what he was talking about. I suspect that this thoroughly negative Greek word has replaced the far more neutral (probably Aramaic) word that he did use. How could that have happened? Because by the time the earliest gospel, the one “according to Mark.” was written, about 40 years after Rabbi Joshua’s lifetime, what he had actually preached was already corrupted by the ubiquitous antisexual pathology of the ancient world, a pathology that I believe he was attempting to combat.

The original halakhic definition of adultery was that it occurred only when a married man had sex with another man’s wife; the term did not apply to anything else. By Rabbi Joshua’s time, the definition of the term had broadened to mean that a married woman could not have sex with anyone but her husband. In that sexist society, only a woman would be stoned for commiting adultery; men were not. I believe Rabbi Joshua was pointing out how utterly unfair that situation was. The later expansion of “adultery” to mean that all sex was sinful except between husband and wife in a lifelong monogamous marriage resulted from the antisexual pathology that the Chritian church inherited from the Greeks. Similarly,  the story of Onan was  misinterpreted as forbidding masturbation. The story says plainly that Onan was punished for refusing to have sex with his brother’s widow in order to father a child who would be his dead brother’s legal heir.

So what was the real point of Rabbi Joshua’s pronouncement? In the context of that society, in which men routinely blamed women for arousing their (the men’s) sexual desire, I conclude that he was saying, “Men, do not blame women for your own feelings.You,not they, are responsible for your feeings and your decisions.” I think that this sort of compassionate reinterpretation of the commandments was typical of his actual historical preaching.

By now you can see that I have a very low opinion of that dentist and those judges. The dentist is not taking responsibility for his own feelings; he is blaming his unjustly fired woman employee for them. According to Rabbi Joshua’s pronouncement, he is the one sinning against her, and so all those judges are sinning agasinst her as well. This is precisely one of the pathologies so ably discussed in Scott Peck’s The Road Less Travelled. I sincerely believe the judges’ ruling will and must be overturned. To let it stand would portend a disaster for American women. I foresee a major battle ahead, but I have a hunch it will lead to an ultimate strengthening of women’s rights. The Gods draw straight with crooked lines.

December 21, 2012
A Brief History of the New Reformed Orthodox Order of the Golden Dawn, Part II
Next Post 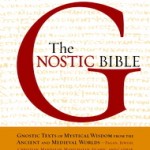 December 25, 2012 The Gnostic Bible: A Review
Recent Comments
0 | Leave a Comment
Browse Our Archives
get the latest from
Pagan
Sign up for our newsletter
POPULAR AT PATHEOS Pagan
1

Summoning Hekate and Her Four Sovereign...
Keeping Her Keys
Related posts from Aidan Kelly: Including Paganism

Pagan
On the Structure of Infinite Intelligence
Aidan Kelly: Including Paganism

Pagan
The Word Creates the Thing It Names
Aidan Kelly: Including Paganism