Please Join the Aidan Kelly Book Club: Help Me Get My Books Written

The point is to have a Book Club, dedicated to the proposition that I need money to live on in order to write fulltime and thus get my books written while I am still around. By subscribing to the book club, you will help ensure that I can get the books written and that you would therefore be able to read them. That is, you would be subscribing, not to a journal, not even to the book club, but to my life work. Subscriber, underwriter, supporter—I will coin a new word from the Greek roots: you will become my Hypographer. .

Having carefully inventoried my writing projects, I find I have 18 that are partly written, outlined, or planned (I describe them below). Writing only one day a week (as my schedule usually looks currently), I would need about 15 years to complete them all. I’m 74; I may not have that much time left. Given that people in my family tend to die in their late 80s, and that I am currently in very good health, I can reasonably hope to be around for another ten years. (I hope for another ten after that, but…)

So, writing fulltime four days a week would cut the timeline down to about four years. That is much more manageable. Right now, each class I teach takes up an eight-hour day (counting commuting by bus) and brings in $500 a month. That works out to about $12.50 an hour. Most people with Ph.D.s are in just such a situation.

So what I am offering is as follows:

For a basic Book Club membership of $10.00 a month, I will send you a book about every three months—or as soon as each one is published. (You can also choose from the four already published if you don’t have them.) You will also have a subscription to the monthly newsletter, named Mythopoiesis, and have the right to submit poems and other stuff to it. If and when enough good material has accumulated, I will probably issue all that as a (perhaps) annual anthology.

For an upgraded subscription of $15.00 a month, I will autograph each of your books. Doing that is a lot of extra work. Books on the basic plan can be shipped to you from Amazon. In order to autograph books, I need to have them shipped to me, then I send the autographed book for you.

Patreon recommends having stages of rewards. Well, for a monthly subscription of $25.00, I know I can send you a hardbound, numbered, and autographed limited edition of each book. This would make sense if you think that my books might be collectible. I do know a rule of thumb about that: Anything that is advertised as being collectible, ain’t.

Here follows the menu of extant and coming books.

The most recent is A Tapestry of Witches: A History of the Craft in America, Vol. I, To the Mid-1970s. In it, along with my Inventing Witchcraft: A Case Study in the Creation of a New Religion (published by my friend Tom Clarke in England), I trace the foundation, evolution, and flourishing of the Wiccan/Pagan movement, which seems to be the fastest-growing religious movement of modern times. Apparently I am the only person who both can write and saved the primary materials. It casts much light on how new religions in general are created.

A related book is my Hippie Commie Beatnik Witches: A Social History of the New Reformed Orthodox Order of the Golden Dawn. It tells the story of how many friends and I started growing the NROOGD in 1967 and created the Covenant of the Goddess in 1975 as the first national church for Witches. There are stories by about a dozen other NROOGDies in it, and it contains both our basic Sabbat script and the script for the Eleusinian commemoration still being used (occasionally) for the Mabon Sabbat; it is somewhat an oratorio with dancing. In a new edition, given the wonderful software available from MuseScore, I plan to include the music for it.

Goddess Murder: A Tale of Love, Witches, and Gnostics,being anovel, enables speculative explorations that go way beyond the acceptable boundaries of scholarship, yet may provide useful, testable hypotheses. In it I propose that perhaps some hereditary Witches might be the spiritual descendants of the original Nazarenes who preserved the enlightened Gnostic teachings of a certain Rabbi and his wife, the thoroughly underappreciated Magnificent Mary. Hence I use it as a vehicle for weaving together a diversity of historical, theological, and psychological materials.

Theoddysies and Paradoxologies: Collected Poems.I hadn’t thought I’d written much, compared to colleagues who pour out reams and volumes of verse, until the Muse told me to count, whereupon I discovered that I have more poems than are in the collected poetry of W.B. Yeats. I’ve had the pleasure of being told by people whose opinions I respect, such as Robert Anton Wilson and Sir Fred Hoyle, that they considered me a major poet. I hope they were right; at least, that’s what I’ve always aimed for. But you can, please, judge for yourself.

The planned (and partly written) books

Current work under way includes the next two volumes of A Tapestry of Witches, which will bring the history down to the mid-1990s, at which time the Internet burst upon us, transforming the movement into a very different sort of beast, which I will leave for others to study; my colleague Doug Cowan has made an excellent start on that.

Another is Princess Bella, Princess Chloe, and the Magic Kingdom. This evolved during several years of making up bedtime stories. The magical kingdom, ruled by King Daddy and Queen Mommy, is being threatened by a mysterious Dark Kingdom that is trying to invade and capture it. The coven headed by Mother Witch (a title that Esmerelda Hassenpfeffer much prefers), to which King Daddy and Queen Mommy belong, faces the task of detecting and neutralizing the dark forces, with the aid of the fairy-tale beings who dwell in the Magical Forest, one of whom is Red Riding Hood’s Granny and her pet wolf. This will be fun to get down on paper.

Next is a triad of books, tentatively titled Toward Awakening, intended to provide a three-dimensional structure for explaining everything I’ve been thinking about for the last 60 years.

The first volume of it is The Road of Excess,a reference to Blake, of course. I’m thinking of it as an “autobiographic theology,” because, for me, the important philosophical and theological questions are not abstract, but arise out of my real-life problems and, occasionally, disasters. I will give a lot of personal details that others might fear to discuss, but that are central to one of my major concerns: how to understand and overcome the world-wide, endemic plague that I have labeled Aphrodiphobia.

The second volume is the Principia Metanoia, a nonfiction prose discussion of the theories and investigations I have pursued, circling around and focusing on the psychological transformation that the Gnostics called Awakening. This volume will have lots of documentation and footnotes. My contention in it is that only when a majority of mankind has undergone that Awakening experience will we be transformed into the kind of beings and society that any person dreams we might achieve. That won’t happen soon, but I can point toward the need for it.

Third is The Books of the Sacred Marriage, poems, myths, and stories, some in the form of gospels, that lay out what I have learned in forms that can have the emotional impact needed to be persuasive. In it I rewrite history, or perhaps discover a history that might have happened or that did happen but was hidden. It is somewhat a novel in the form of nonfiction, set in the same alternative universe as in Goddess Murder.

Next is The Wedding Guests: Backstage at the Cosmic Theater, the wedding being that of Hades and Persephone. This expands the three-act musical comedy that I wrote as my doctoral dissertation into a surrealistic theater piece about all the various gods and theologies—and proposes a new one. I will also include the musical scores in it.

Next is Corresponding with Lilith: The Life and Work of a Modern Witch, Lilith being my old friend Geraldine de Stefano-Webre. I have not completely persuaded her to let me try this yet, but I’m fairly sure she will agree. Hers is a fascinating tale.

I am planning to assemble the dozens of shorter items I’ve written over the past 50 years into four anthologies: one on witchcraft, psychic phenomena, and the like; a second of the academic research papers I’ve written; a third on social issues and social justice; and a fourth as a potpourri of satire, stories, plays, and other entertainments. I haven’t yet thought up snazzy but accurate titles for them.

What I may or may not get to are another six novels, five being sequels to Goddess Murder, the sixth a partly written speculation on what a society might be like if everyone in it were Awakened.

I hope all that whets your appetite. If you think my work is important, please subscribe. Just go to Patreon.com and sign up. It’s easy enough that even a non-techie like me could handle it. 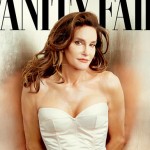 September 6, 2015 Announcing: The Books of the Sacred Marriage, with an explanation
Recent Comments
0 | Leave a Comment
Browse Our Archives
get the latest from
Pagan
Sign up for our newsletter
POPULAR AT PATHEOS Pagan
1

Why I Absolutely Loathe And Despise...
Tea Addicted Witch
Related posts from Aidan Kelly: Including Paganism

Pagan
On the Structure of Infinite Intelligence
Aidan Kelly: Including Paganism
TRENDING AT PATHEOS Pagan