On Reformation Day, I Remain a Catholic 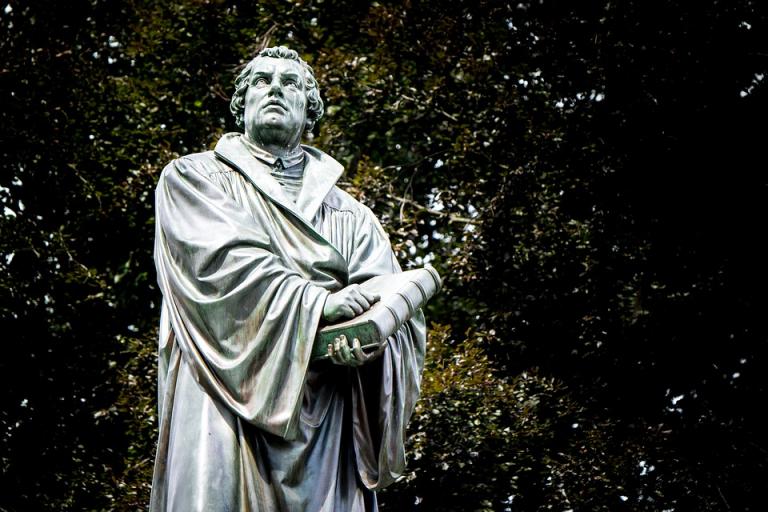 In an article appearing recently in First Things magazine, ardent reformer Carl R. Trueman reflects eloquently about why he is Protestant on Reformation Day. As a non-denominational, evangelical convert to the Catholic faith I feel compelled to respond.

Trueman is, in a fact, someone very important to my own conversion. It was his quote, in a rather obscure location, which made a number of cameos during my own journey into pre-Reformation, ancient Christianity. It was, rather, Trueman’s assertion and challenge, that we needed good reasons to remain Protestant when the Reformation was long over, that really convinced me to take a hard look at my non-denominational, evangelical faith—a faith so far from the ancient Church that the apostles likely wouldn’t have recognized it; a faith which was a historical inevitability created by that aforementioned Reformation.

At any rate we have a long, albeit one-sided history together, so when Trueman writes something I read it. He’s a razor-sharp challenge to both Protestants and Catholics although, in this case, his proffered proposition falls short.

First, Trueman makes the claim that being a Protestant, for him, has become easier and easier under the Pope Francis pontificate. A pontificate which, he fairly observes, seems to be moving parts of the Catholic practice of the faith more toward a liberal or progressive expression. He’s not wrong, but his purview is wildly limited. Here I need to do nothing more than to point to St. Mary of the Seven Sorrows, mere blocks away from where I sit, where the number of families attending their 3p.m. Latin Mass swells with each passing week.

At the same time, my own parish, with faithfully celebrates Mass in the vernacular four times every weekend, is equally bursting at the seams. The attached St. John Paul II Student Centre, was so filled to the brim for their mid-week family meal that they had to relocate downstairs to the parish centre. Tonight their gathering includes a lecture on the Theology of the Body by a world renown speaker; it will be well-attended despite being in the middle of mid-terms.

But while Trueman is not wrong that the Francis pontificate is dividing the Catholic Church in a way that we haven’t seen in memory, he is wrong about the power of the papacy to begin with.

Because we have had bad popes. We have had divisions far worse than the hairline fractures which are beginning to develop under the current Holy Father. And Catholics have survived; Catholics thrived by clinging tightly to the Magisterial teachings of the Church and our own deeply seated practice of the faith, handed down since the beginning of the Church.

Yes, we have a pope, and for that all Catholics are grateful but a pope does not make or break the Church and if we believe, as Catholics do, that the Holy Spirit is a firm hand on the tiller, then we sometimes must simply go plowing. After all the alternative, as pictured by Trueman himself, is no better worse for wear.

Indeed, as Trueman points out, there are problems with Protestant piety as well. While he is critical of the current papacy and the state of Christian unity in the Catholic world I’d ask him to raise his head from a moment, from his place in the pew, to look around and his fellow co-religious. Because the Protestant Church is a mess.

Granted, he can point to his own little corner of Protestant Christianity which is faithfully preaching, celebrating the sacraments, and speaking out against the erosion of long-held Christian social norms, this is, as he readily admits, just one little corner of the faith. The ground, as it were, is rapidly slipping away beneath the feet of believers like Trueman because, fundamentally, the system which underpins their beliefs is flawed from the beginning. It is a system which has wrenched the Bible from its proper mooring within the Church and the Apostolic Tradition that, as it evidenced by the experience of Protestant Christianity, it is not a sustainable one.

After all, what’s to say that the reading and understanding of Trueman’s church on enormously important issues like baptism, salvation, and Christian marriage is anymore correct that those mega-churches down the street? There is no metric, no system laid out in Protestant Christianity, by which all Protestants can agree. It becomes, as Trueman himself seems to admit, a contest of egos. Which theologian seems to have it best figured out? Which reading of the Scriptures is the most plain sense? And in that system, who becomes the arbiter but me and you?

Lastly, Trueman is critical of Catholic Christianity for playing up elements of its history as a kind of pious nostalgia. Cardinal Newman, he writes, was speaking about one particular time in Catholic history when he wrote, “To be deep in history is to cease to be Protestant.”

Here, Trueman misses the point altogether. When St. John Henry Newman penned his now famous line he was writing at the end of a long look at the history of Christianity. The quotation comes, after all, in An Essay on the Development of Doctrine. Newman is not, as Trueman seems to suggest, comparing the Roman Catholic Church of the 19th century with one particular snapshot of the Early Church, circumscribing all of the history, decent and indecent, which came in between. Not at all.

Newman coined that prophetic quote after a clear-eyed consideration of the history of the Church throughout all time, not anymore nostalgic for the blood-soaked martyrs of the Great Persecution anymore than he was allergic to the hard reality of the Avignon Papacy. No, what Newman saw was a Church which lived, thrived, and marched on down through the ages in spite of everything which threatened to shake its sometimes tenuous claim as the Bride of Christ throughout all time.

What Trueman fails, I think, to understand is that Catholic Christianity sees the whole timeline of history as its own. We can confidently say, Look! There is the Catholic Church! In times when popes were putting their dead predecessors on trial just as we can say it when we imagine St. Thomas Aquinas, prostrate before the altar, uttering famously, “Domine, non nisi Te.”

Why I am Catholic on Reformation Day when a pious reformer like Trueman is not?

Because in shame and sanctity the Church is greater than the sum of its individual members, even when those members sit in St. Peter’s chair. Because the Catholic Church is, at times, stumbling along but it is the Catholic Church and it survives in a long, continuous, sometimes twisting and turning line all the way back to Jesus Christ, His apostles, and a promise that had something to do with the gates of Hades which, I’m told, will never prevail. 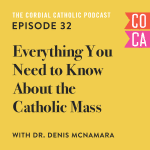 November 6, 2019
The Cordial Catholic Podcast – 032: Everything You Need to Know About the Mass
Next Post 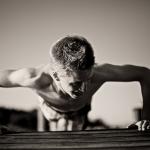 November 7, 2019 Mass is the Spiritual Workout God Knows You Need
Recent Comments
0 | Leave a Comment
Browse Our Archives
Follow Us!