Beloved zenith of creation
Fusion of marrow and will
Spirit and flesh
Bore of the heart of God with his image in mind
Creator sitting above the stucture of time
Saw war and desecration of self, violation of other
Man robing himself in depravity and injustice
Wearing garments woven in lies instead of those displaying his glory
But in the beginning or beginning as I know it
He who is I Am took clay and words and breathed Love and life into what was lifeless
And now I am given opportunity to pursue his likeness
To be an ambassador of peace, value myself and uphold my brother when he can no longer stand on his own
I am casting off garments that exposed my flesh
Robing myself in clothes that display my splendor
Because in the beginning or beginning as I know it
Creator sitting outside the prespective of time
Fell in love with an idea called man
Fell in love with the person of me
And because He Is
I am 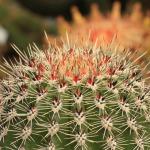 December 12, 2013
Quickie: Advent and My Dry Spell
Next Post 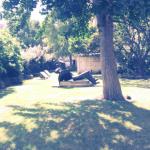 Will The Church Survive The Covid-19...
The Thoughtful Pastor
Related posts from Alicia T. Crosby

The Social Dilemma: Is Christian Community Even Possible...
I watched The Social Dilemma the other day—mostly because I saw everyone...
view all Progressive Christian blogs
What Are Your Thoughts?leave a comment
Copyright 2008-2020, Patheos. All rights reserved.