Each of us takes away something different from Good Friday. This year I see not only the cross but also the community found in those willing to be known as followers of Jesus despite what it could cost them. While Peter, Thomas, and the majority of the disciples were in hiding, Mary, John, and the women at the core of the movement were standing unashamed and bore witness to the state sanctioned, public execution of their teacher and their friend. Mary and John were close enough speak to Jesus and in those moments he told them of the family that forms through suffering and the work of active, sacrificial love (justice).

It is their presence that speaks to me today because I find a legacy of people so dedicated to radical love that they would eschew the safety of anonymity and let it be know who they are and what they stand for.

As Christians we should be known by our love but there are some of us who will also be known by our stance for justice. We bear witness to inequity, inequality, and oppression and then prophetically give voice to what should be. Not everyone will find themselves in our fold and that’s alright. Mary and John show us that if we are willing to go to the places where justice and community are needed, we’ll find others there who hope to make space for those things as well. 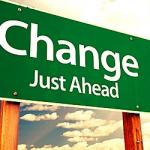 May 28, 2016 Changes On The Horizon
Recent Comments
0 | Leave a Comment
"Wow. Talk about not being self-involved! Thank you for telling us this story!"
Jennifer A. Nolan To Our Beloved King Chadwick Boseman ..."
"..."
Nixon is Lord To Our Beloved King Chadwick Boseman ..."
"no problem with that."
Brandon Roberts My Scar Hurts or Why I’m ..."
"The problem for christers is that admitting suffering is not a blessing, or 'beautiful' as ..."
David Cromie Suffering Is Not A Blessing
Browse Our Archives
get the latest from
Alicia T. Crosby
Sign up for our newsletter
POPULAR AT PATHEOS Progressive Christian
1