Jewish Activist Speaks Out Against Lowes and Anti-Islamic Groups 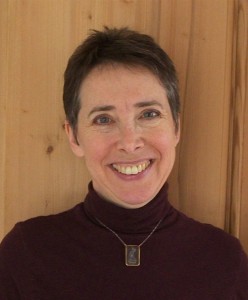 This is a guest post from author Anya Cordell, recipient of the 2010 Spirit of Anne Frank Outstanding Citizen Award.

You may well already know about Lowes pulling its advertising from the TLC program, “All American Muslim,” contributing greatly to the climate of fear and intimidation that now pervades our culture regarding all things Muslim.  Below is contact information for the CEO of Lowes, a petition to sign, and more information regarding this important issue, as it adds grease to the very slippery slope pulling us into an ever-deeper pit of Islamophobia/xenophobia.  Here, too, is the comment I included when I signed the petition.

I am the recipient of the 2010 Spirit of Anne Frank Award for my work against the designating of any group as ‘Other.’ I am Jewish, and have worked arduously against stereotyping and the impact of Islamophobia and xenophobia on innocent Muslims, Sikhs, Hindus, Arabs, South Asians, and others, who daily face bullying, harassment, profiling, assaults, and worse. We all make our world through our choices. Your choice to pull advertising for a reality show about American Muslims contributes to a most chilling climate that fails to recognize that most people — of all religions — are simply trying to live their lives, raise their families, maintain their homes (something you care about!), be good neighbors, etc.

Many loud and virulent voices claim that all Muslims are potential terrorists. But screaming something does not make it true. Muslims (roughly one-fifth of the world’s population) would be wreaking massive havoc worldwide if their goal was domination and destruction of non-Muslims. It clearly isn’t. Your choice has contributed to the unjust climate of fear, smears and intimidation.  We have seen, historically, where such situations lead. (See “Where the Anti-Muslim Path Leads”.)

Call or Email Lowes: We urge the American Muslim community and our friends, family, neighbors and all people of conscience to call Lowe’s CEO Robert Niblock at (704) 758-2084 or Executive Support Mr. Andrew Kilby at (866) 900-4650 and respectfully complain about this decision.”  Email customercare@lowes.com

Anya Cordell, recipient of the 2010 Spirit of Anne Frank Outstanding Citizen Award, author of RACE:  An OPEN & SHUT Case writes, speaks and presents programs against the designating of any group as “Other.”  Following 9/11, Anya, who is Jewish, reached out to families of innocent Sikh, Hindu and Muslim men who were murdered in the hate-backlash aftermath, and she has worked arduously to exemplify the need to cross barriers to stand as staunch allies to combat Islamophobia and xenophobia.  See http://www.appearance-ism.com/.

December 11, 2011
Say No to Bigotry and Lowes and Support 'All-American Muslim'
Next Post