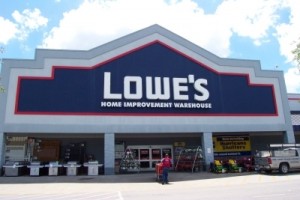 This is a guest post from Patheos contributor Wajahat Ali. This is the unabridged version of the article; the edited version originally appeared in The Guardian.

The decision by Lowe’s, behemoth chain of retail home improvement and appliance stores, to pull its ads from TLC’s reality TV show “All American Muslim,” ceded to the bigotry, fear-mongering and paranoia of a deluded minority whose divisive ideology poisons America’s cherished history of inclusiveness and pluralism.

However, in doing so, they unwittingly inspired a sudden grassroots coalition of diverse Americans dedicated to defending American values and fighting back against hate.

In lieu of an embarrassed apology or even a firm statement based on conviction and principle, Lowe’s wish-washy defense claimed the company had received messages from a “broad spectrum of customers” and the show had transformed into a “lightening rod for people to voice complaints from a variety of perspectives.”

As for this “broad spectrum” of complaints, Lowe’s simply capitulated to an email campaign initiated by The Florida Family Association [FFA], a conservative non-profit organization based in Tampa Bay, who wrote, “[All-American Muslim] profiles only Muslims that appear to be ordinary folks while excluding many Islamic believers whose agenda poses a clear and present danger to liberties and traditional values that the majority of Americans cherish.”

The organization alleges more than 60 companies, such as McDonalds and Amazon, have responded to its email and pulled their ads. So far Lowe’s, and the online travel site kayak.com, are the only companies to confirm doing so.

The FFA also attempted to boycott Target for running ads during the high school drama Degrassi, which according to them, allegedly “affirms and promotes the homosexual and transgender lifestyle and other inappropriate behavior to an audience of millions of young teens and children.”

Apparently, the FFA protects American families and conservative values by channel surfing and religiously auditing cable channels. Their contribution to the American economy and free-market capitalism must be the boost they give to the Tivo and DVR industry.

One prays that Jesus, upon his resurrection, will force them to appear on the reality TV show Intervention and interrogate them as to why they squandered their time, energy and resources watching TV and recklessly promoting anti-Muslim and anti-gay bigotry instead of helping the poor or attempting to love and understand their neighbors.

Until such an intervention, the FFA seems determined to bind itself to America’s lucrative Islamophobia network, including professional hate monger Pamela Geller, who blogged the show “is an attempt to manipulate Americans into ignoring the threat of jihad.” David Horowitz’s Front Page Magazine compared Muslims to Nazis and furthermore theorized the show’s sole purpose is to initiate stealth propaganda to promote a “submission to Islam through the hijab.”

According to these Islamophobes, the show’s most unforgivable crime is portraying the lives of five, Muslim Arab American families in Dearborn, Michigan as average and normal citizens. They would rather promote the usual assortment of caricatures stereotyping 1.5 billion Muslims as an enraged horde of bearded, anti-Western Orcs ideologically triggered to destroy American values by blowing up Dunkin Donuts, slaughtering Porky Pig, and drafting Kim Kardashian to concubinage.

The show’s radical, anti-American jihadist characters include a federal agent whose wife is expecting their first child; a dedicated football coach who was invited by President Obama to the annual White House iftar dinner; a tattooed, country-music loving Arab American rebel married to a white Irish Catholic; a couple struggling with infertility; and, a dyed-blonde, ambitious female entrepreneur who wants to start her own nightclub.

Sounds just like the CVs of your average Al-Qaeda recruits.

Without a hint of self-awareness, Lowe’s fails to recognize they galvanized this non-issue overnight into a “lightening rod” of international controversy due to their egregiously short-sighted decision to pull their ads and side with bigots.

It would be understandable if Lowes succumbed to the unrelenting pressure of Islamophobia supervillains, such as Pamela Geller and Robert Spencer’s hate group, “Stop Islamization of American” which recently attempted to promote bus ads comparing Muslims to “savages.” Losing to them occasionally is part of the perpetual struggle between well intentioned, tolerant Americans and bigots who profit from hate-mongering. Even Spiderman draws a tie with the Green Goblin once in a while.

But Loew’s succumbing to The Florida Family Association is like throwing in the towel to a fringe, third rate, comic book villain who serves as a one issue filler, such as The Rhino or Hammerhead. They’re the Islamophobic equivalents of Star Trek ensigns who crash-land on mysterious planets with Captain Kirk only to be eaten by an alien after muttering two syllables: “Oh no!” They are best ignored and forgotten.

FFA’s executive director, David Canton, claims the website is the subject of a hacking attempt, audaciously portraying his group as the victim. “No further proof is needed of the potential for vicious action then exactly what these folks are trying to do to this web site!…Because of our real concern for the terrorism that is a way of life for some folks, we ourselves have become victims.”

If Lowe’s actions set a precedent, then all one needs to ban shows that humanize a marginalized group of Americans is a fringe, paranoid individual who creates a shoddy website and sends one email to corporate sponsors.

But Lowe’s shameful action has created a positive externality which will hopefully serve as a precedent and bulwark against future attempts at diving Americans along religious and racial lines.

Overnight, a spontaneous, grassroots endeavor, primarily initiated by social media networks, has emerged to boycott Lowe’s for succumbing to Islamophobes. A petition entitled “Defend Our American Values” is asking signers to “stand up for our American values, and fight back against bigotry and fear-mongering, by publicly repudiating calls to stop advertising during TLC’s ‘All-American Muslim’” It currently has over 30,000 signatures.

These sentiments have been supported by a multicultural “coalition of the willing” including California state Senator Ted Lieu, actress Mia Farrow, Mayor Cory Booker, Rabbi Marc Schneier, chairman of the World Jewish Congress, and hip hop mogul Russell Simmons, who bought all the remaining ads on the show in an act of solidarity, and remarked, “This country is built on religious freedom. This is the kind of hate that tears this country apart.”

Even more surprisingly, this protest has united the most diverse religious community in America, Muslims, in a coordinated campaign to effectively and intelligently respond to a fear-mongering.  As a Muslim American, I can assure readers Muslims cannot agree on anything, except how much we dislike other Muslims, and how there’s never enough parking spaces at the mosque.

Only last week, Muslim American communities were immersed in petty debates over whether or not to support the show, with some claiming it represented a positive milestone and others deriding it for not featuring more ethnicities or being reflective of their personal practice of Islam.

Essentially, we are witnessing an expanding notion of “big tent American Islam” where diverse Muslim American communities and organizations are uniting to defend the show and its characters – including a hijab-less, tattooed, skirted, Shia woman – in the face of oppressive Islamophobia.

The attempt of Islamophobes to divide Americans and marginalize Muslims has instead empowered diverse religious, ethnic and political communities to combat hate and bigotry. The irony is almost as delicious as hummus as tahini, which is now conveniently sold at Whole Foods throughout the nation. (Score another victory for the Muslim Agenda.)

It’s a shame that Lowe’s risks losing the support of American Muslims, a community with a purchasing power of $200 bn.

The old, American joke used to begin: “A Rabbi, a priest and an imam walked into the bar…”

Due to Lowes’ misguided actions, the story now reads, “A rabbi, a hip hop mogul, elected officials, and Muslim American communities walked out of Lowe’s and into Home Depot and Target.”

I guess the joke is on Lowe’s.

Wajahat Ali is a Muslim American of Pakistani descent. He is a playwright, essayist, humorist, and Attorney at Law, whose work, “The Domestic Crusaders” is the first major play about Muslim Americans living in a post 9-11 America, and was published by McSweeney’s in 2011. His blog is at http://goatmilk.wordpress.com/. He managed and wrote the “Spiritual Appetite” Ramadan blog at Patheos this past Ramadan.

December 15, 2011 Anya Cordell: How to Make This Situation a Win/Win for Muslims and Lowes
Recent Comments
0 | Leave a Comment
Browse Our Archives
get the latest from
Muslim
Sign up for our newsletter
POPULAR AT PATHEOS Muslim
1

“I Can’t Breathe”, A Call to...
Ask A (Born Again) Muslim
Related posts from All-American Muslim

5 Black Muslim Coaches You Should Know
Original Post: About Islam By Layla Abdullah-Poulos Coaching and mentoring provide important...
view all Muslim blogs
What Are Your Thoughts?leave a comment
Copyright 2008-2020, Patheos. All rights reserved.