Political Survival of “The Least of These” 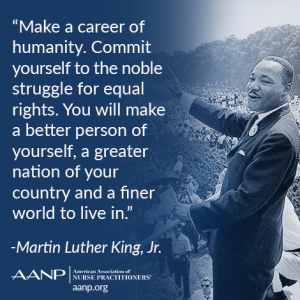 After reading through some of the comments on most of my posts, I now realize that I haven’t devoted enough time to describe why I write the pieces I do. I apologize for this. I understand that some of my writings are indeed controversial and difficult to swallow at times.  I believe it’s important to introduce myself and what I do again, not for the sake of accolades but for the sake of defending the lives and human dignity of “The Least of These.”

If you didn’t read my introduction, I come from a quarter decade of parenting my own special needs children who are now young adults and a professional career of serving children who have learning, developmental, and cognitive disabilities as an Academic Language Therapist.   I also have early onset Parkinson’s Disease and was the youngest Parkinson’s patient in South Texas to receive advanced Deep Brain Stimulation Surgery in 2017.  I’m a Catholic pediatric specialty therapist by profession, but I also serve in an underground recovery ministry as LBGTQIA+ youth come out in their conservative Christian homes and churches in a state of trauma many times.  I help families recover from church and family rejection which frequently turns as deadly as suicide. As a Catholic serving where I do, I struggle daily with the clashes of science and faith.  The LBGTQIA+ experience is 3 to 6 times higher in the disability world than it is in the general population. My Catholic conscience tells me that the sanctity of life, human dignity, and unconditional love rise above any other theological clashes, especially when we look at the first and second greatest commandments to love God and love our neighbor.

This video below is one of countless examples which endanger the children and families I serve and others who serve in these fields.  The Church must place the doctrinal debate about gender and sexuality aside long enough to start learning about mainstream collective science and the life and human dignity issues of LBGTQIA+ children and their families for the sake of their survival.  “Pastors” like this man are increasing the rhetoric which destroys the type children and families I serve. I will be writing a good deal more about this in upcoming pieces.

NOTE” Trigger warning for LBGTQIA+ and their families 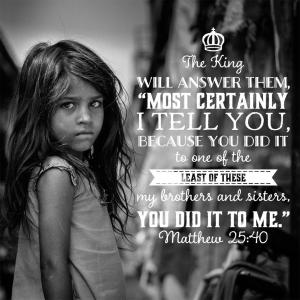 Over the last 25 years, fighting for the survival of vulnerable children has been undoubtedly necessary, but previously, it was much easier to accomplish this with true grace and poise until our political climate reached a dangerous level. CHILDREN, yes the lives and humanity of neurodiverse and especially LBGTQIA+ children, are in serious danger, especially in Texas. Many people who don’t serve in these fields aren’t able to comprehend this which is forgivable to a fair degree, for it was very difficult for me previously with my conservative Christian/Catholic background.  The current political climate requires those who serve in fields of the vulnerable to call out the LEADERSHIP of willfully-closed eyes and stand with who Jesus calls, “The Least of These.” Most people do not have their eyes willfully-closed, but those who do and those who ALSO serve in any leadership capacity in are a true danger to the children I mention above.  Both opening eyes and protecting these children are absolutely necessary for their survival and human dignity.

According to the Southern Poverty Law Center, the number of anti-LGBTQ hate groups increased 43 percent last year.  The report states that LGBTQ hate groups are the fastest-growing sector among hate groups.  In my personal observations, I’ve seen that anti-LGBTQ groups have become intertwined with Trump, the right-wing of the Republican party, and religious fascism.   After years of civil rights progress, anti-LGBTQ attitudes are still increasing within right-ringed religious groups melded with the right-wing of the Republican party.  Although Trump promised during his campaign to be a ‘real friend’ to the LGBTQ community, he has fully embraced anti-LGBTQ hate groups and their agenda of disintegrating federal protections and resources for LGBTQ people.  These basic human rights are the right to live in safety, the right to be part of a family, the right to work, live, raise a family, and worship – yes worship – in peace.

I hope you will read my writings of first-hand current experience if you are interested in the topics I’ve mentioned. Thank you upfront for patient understanding of these delicate and difficult topics and my forthright approach.

August 26, 2022 The Hatred of Unconditional Love
Browse Our Archives
Related posts from All Texans, Not Some Texans