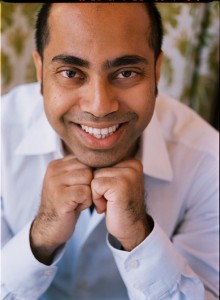 Recently, I watched the Showtime Series “Sleeper Cell” which aired for 2 seasons from 2005 – 2006. Although the TV show is almost 10 years old now, its subject matter of terrorism in relation to American Muslims is still very relevant today. When “Sleeper Cell” came out, there was a lot of push back from the Muslim community in America, most of which occurred before the series even aired. Although the cable TV series does have its flaws, I believe it did have a lot of in-depth analysis of the internal struggle for the true Islam by Muslims around the world, specifically here in the United States. This is mainly due to the fact that one of the main writers of the show, Kamran Pasha, is himself, a practicing Muslim and very knowledgeable in Islam as well as the US legal system (he was a practicing lawyer before he became of full time writer).

I decided to reach out to Kamran to ask him some questions about his experiences with “Sleeper Cell” and we eventually discussed the current state of Hollywood and his thoughts on how American Muslims can become more involved and push to write/produce our own stories (which he is currently doing now). Here is an excerpt from my interview with him (You can read the full interview on ILLUME magazine’s website – see link below):

IRFAN RYDHAN:  The recent controversy with the Seth Rogen and James Franco film “The Interview” about a couple of American talk show hosts tasked by the CIA to assassinate the leader of North Korea, Kim Jung, has been pulled from being released by Sony due to the threats by North Korean hackers (or cyber terrorists depending on who you talk to).  Most Americans believe the idea of the film is not a big deal and wonder why all the fuss.  But if a film about assassinating a sitting US President were to be made by one of America’s “enemies” such as Iran or North Korea, then I’m sure there would be a big uproar by US media (particularly Fox News).  What’s your take on this incident with Sony and the idea of this film being made in the first place?  Is it part of the American propaganda machine which backfired or is it all just a big joke and silly movie that should be ignored?

KAMRAN PASHA:  I can’t speak to the motivations of the filmmakers behind “The Interview.” But in the modern technological age, it really should not be surprising that the movie and people involved were targeted by those unhappy with its storyline. Charlie Chaplin famously lampooned Hitler in “The Great Dictator” and if the Nazi regime had possessed the technology to retaliate against the filmmakers in a similar fashion, they would probably have done so and no one would have been surprised by their actions, knowing their ideology. And I would not be surprised if cyber ops groups inside the CIA would conduct a similar attack on a foreign film that advocated the assassination of President Obama. These are the risks that people take when they make films such as this today.

As an artist, I believe in the right of free speech. I also believe that one must be willing to take full responsibility for one’s art as well, and that responsibility includes acknowledging when you are intentionally riling up an adversary. I think this is an important lesson for Hollywood. No one in Hollywood would ever green light a movie about assassinating the President of China. That country is a nuclear power with an authoritarian government that does not tolerate any perceived insults to its leadership. But China is also a country where Hollywood wants very much to sell its movies, so money talks. The same business judgment that restrains aggressive attacks against the Chinese government was not used in the case of North Korea. Many people in Hollywood underestimated the North Koreans, thinking that they were poor and powerless and would be the easy butt of jokes. But riling up a country with nuclear weapons and a desperate economic situation has proven to be unwise, and Hollywood is now facing the consequences.

I do not advocate censoring anything. I also don’t pretend to be shocked when something meant to mock and insult another group brings about that group’s retaliation. If you are going to play with matches, it is really silly to be surprised when fire breaks out. As an artist, you may not want that fire to be unleashed. You may feel that fire breaking out is unjustified and wrong. But you really should not be shocked and outraged when it happens after you light a match. By all means, make controversial art. Make stupid and offensive art. Just accept the consequences of your art without crying like a baby and pretending you didn’t see the risks you were taking.

September 19, 2014
How to Avoid Common Mistakes on Mosque Projects
Next Post

January 30, 2015 SuperBowl Recipe: La Taquiza Poutine
Recent Comments
0 | Leave a Comment
Browse Our Archives
get the latest from
Al Mihrab
Sign up for our newsletter
POPULAR AT PATHEOS Muslim
1