(This is part two of a two part series. Click here for part one.)

After perusing all the scholarly material addressing the topic of abortion that I could find, and finding that options to terminate a pregnancy before 120 days into the pregnancy were well grounded in the Islamic tradition, I felt nearly ready to take my decision. The texts alone were not enough to give me the conviction I needed, I had to seek support and advice from the people closest to me.

I had not planned to become pregnant; in fact, I was using contraception at the time. I was working to complete my graduate studies, all the while juggling the demands of motherhood, which included breastfeeding and pacing the floors two-thirds of the night with my baby. In addition to that, I had committed to a spiritual learning process with my Shaykh in working toward Ijazah (licence) in the classical Islamic texts, and another pregnancy would have set this endeavor back by years.

When my husband and I began to discuss this monumental decision, he jolted me to self-realization by pointing out something I had not considered. He believed that deciding for termination, in my case, was actually the more difficult decision, the struggle, or the jihad as he put it, because ending my pregnancy would mean reversing years of social conditioning which I had so long fought against. So together, we came to the agonizing decision to terminate a six-week pregnancy.

I could not have made this decision without my husband by my side, supportive and compassionate every step of the way, giving me courage, and caring, as he always does, for our children while I recovered. We unfortunately still live in a largely patriarchal world, but I am encouraged by men such as him, who challenge day after day the chauvinism and sexism which seek to control women’s lives and bodies.

While I am in a fortunate position to have the presence of people of both intellect and spirit in my life, who dealt with my questions with compassionate wisdom, there are so many Muslim women who do not have this luxury and I was alarmed at the lack of support, both in the virtual and corporeal Muslim communities. Fatawas (non-binding religious decrees) and articles abound on the internet, warning Muslims of the complete prohibition of abortion in Islam, conveniently leaving out hundreds of years of intellectual endeavor, which gave women choices, even if some were only circumstantial.

Feeling disheartened, I turned to two people for who I have profound respect and love. The first is a professor of Islamic Studies, whose work informs much of my own gender sensitivities; I confronted her with my dilemma, and after a thoughtful pause, she replied, “Whatever emerges as your and your husband’s joint decision, [if] you have both made [it] with a sincere, prayerful and surrendered intention, [it] will be best. Keep in your heart’s eye that surrender to Allah is not always conforming to either established notions or even your own intellectual notions.”

So I took down some walls and opened up space in my mind and heart to welcome whatever Allah wanted to communicate to me through this experience. Perhaps this trial, like most, was an opportunity to grapple with receiving the wisdom that will come through the very process of grappling. My professor’s words propelled me into deep introspection about my relationship with God, and gave me much needed succor in my heart to trust in the decision I would make.

The second person who I looked to for advice is someone for whom to ascribe the title “scholar” or “Shaykh” to is an injustice, for the depth and breadth of his knowledge and spirit encompass much more. His presence in my life has been that of divine light. I confessed to him the reasons for considering a termination shortly before the procedure. I had not realized the disquietude in my soul over this decision until he comforted me and I felt the anxiety leaving my spirit. I realized then that I had been missing true conviction in my decision, that “shar’an” (religiously) as he termed it, using decades of legal expertise in his matter-of-fact-way, I was making the right decision and it was pragmatic to do so. My beloved Shaykh reassured me that I was bold to take this difficult decision and would realize that it was indeed providential.

The women who run the discreet clinic I visited gave me startling insight into the world of Muslims and abortion, when they realized my hijab-clad self was not the type of Muslim they had encountered before – telling sordid tales of guilt-stricken and frightened women who sneak in to see them, of men who demand abortions for their wives at the 16 week cut-off time based on the gender of the baby. In a state of “conscious sedation,” in the oddest of settings, I found myself as usual having to explain and defend my religion.

The two doctors who attended to me were wonderful women – and while I certainly do not agree with all their views on sex and sexuality, their concern, kindness and empathy touched me to the core of my being. I realized that being pro-choice does not make one anti-life as those who are against abortion would have us believe.

The abortion itself was relatively painless, with only minor cramping, discomfort and bleeding. My thoughts were with those women who do not have access to safe, medically sound contraception and pregnancy termination options, forced to resort to untrained practitioners who use dangerous herbs, chemicals and instruments to induce abortion, risking their patients’ lives, health and future fertility in the process. My heart-to-hearts with my two learned mentors confirmed what my earlier research had shown—that in delicate situations like these, there are no clear-cut, black and white answers. The choices we make are the ones which God allows us to make when we search deep within ourselves.

It is essential in the current milieu of medical advancement and recognition of the importance of the psychological well being of women to the family and society, for Muslims to look back into the classical legacy. We must work with the allowances which the jurists saw fit to dispense, rather than coercing women with guilt to resign themselves to accidental pregnancies, when in fact, our scholarly legacy is much more complex and pluralistic than a simple halal/haram declaration on the issue.

To move beyond this kind of thinking, scholars and health practitioners as well as concerned women and men need to work together in promoting better understandings of the gendered dimension of biomedical ethics and Islam.

Iman is a lecturer and post-graduate candidate in Religious Studies, a mother of two little girls, and a writer and community activist. This article originally appeared on Altmuslimah. Altmuslim, a site hosted by the Patheos Muslim Channel, and Altmuslimah, are two separate, unaffiliated sites. 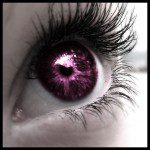 June 18, 2013 Nine Lessons for New Converts/Reverts to Islam
Recent Comments
0 | Leave a Comment
"Thanks for sharing informative blog with us regarding the halal meat revolution."
Boxed Halal Sustainability: The eco-halal revolution
"Salam. I am going to be blunt and honest with you. Girls who are doctors, ..."
Rubina Ahmed Looking for Love and Finding Awkwardness ..."
"FsyYOU are hate. Period."
Soren A Ramadan Testimonial of Repentance and ..."
"Thank you for sharing this article along with detail information, and you have mention the ..."
wazeer shaik The Path Through Hajj – One ..."
Browse Our Archives
Related posts from altmuslim