Gaslighting, Anti-Jewish and Anti-Muslim Rhetoric: What to Know

A brief tour of gaslighting.

A brief tour of gaslighting in the modern political era

In our current political era, those who use  anti-Muslim and anti-Semitic rhetoric are very aware of what they’re saying, and they know how to speak in covert terms in order to make it seem like they’re not doing it at all. Here are some examples.

A brief collection of anti-Semitic code words and phrases.

“Elites” – In 2016, Hillary Clinton was accused of being at the helm of “a global power structure” ( the term “elites” was used earlier in the speech), whose goal was to destroy the working class. Anti-semitism has often relied on the idea that Jews are somehow separate from everyone else (see “Aliens” below), but the characterization of Jews as elite is a means of perpetuating the notion of a cabal that seeks to control the banks, the media, and ultimately, world governments. “Elite” perpetuates the idea that all Jews are wealthy and have attended prestigious colleges, where they have been welcomed into the aforementioned cabal.

“Aliens,” people from another world, etc –   Jews are disloyal to the country where they live, that they are tricksters and interlopers who cannot be trusted. See: Roy Moore’s attack on George Soros (a lighting rod anti-semitism on the Right from not only non-Jews, but Jews as well), in which Moore accused Soros of promoting an agenda that was “not American culture.” “Soros comes from another world that I do not identify with,” Moore told American Family Radio in December 2017.

“International banks” –  One particular clarion call to Neo Nazis is the use of the phrase “international banks.” “International” is key, connected with the anti Semitic obsessions that Jew are not true Americans (their loyalty is actually to Israel), who are only interested in money, and the control of it. Therefore, Jews are responsible for any economic distress, vulnerability, and disparities affecting “real” Americans.

When it comes to anti-Muslim speech, the language is a little less coded. Unfortunately, we live in a time when it’s acceptable – in some political circles, even lauded — to disparage Muslims.

“Terrorists” – February 2018: 19-year-old Nikolas Cruz shot and killed seventeen people at Marjory Stoneman Douglas High School in Florida. November 2017: 26-year-old Devin Patrick Kelley murdered 26 when he opened fire at the First Baptist Church in Texas. June 2015: 21-year-old Dylann Roof killed nine African Americans at a church in Charleston, South Carolina. All of these young men committed acts of terrorism, but the media did not label any of them “terrorists.” That term is reserved for perpetrators who are Muslim.

“Radicals” “Extremists” “Fundamentalists” – There are members of every faith – and no faith – who interpret and apply their belief system in ways outside the norm. But, how often do we hear about Christian extremists, Hindu fundamentalists, or Buddhist radicals? If any of those terms – “radical;” “extremist;” “fundamentalist” – comes without mention of a specific belief system, you can bet it’s being used to refer to Muslims, who are considered de facto “extreme.”

“Female genital mutilation” “honor killings” – The terms may seem like they are referring to specific practices that, in reality, span across cultures and geography. “Female genital mutilation” (used to refer to the partial or total cutting or removal of the external female genitalia) is found in Africa, Asia and the Middle East but immediately evokes “Muslim” even though there is scant evidence that Islamic sources permit, much less require or encourage, the practice. Similarly, for “honor killings”—the murder of a family member when the perpetrator believes that person has brought shame onto the family. It is practiced in diverse cultures but also references, in coded terms, Muslims and Islam. Together, these phrases impugn Islam and Muslims of being against women’s dignity and equality.

It is happening. We are not wrong, we are not imagining things , and we are not helpless. We do, however, have an obligation to understand what we are hearing to call it out, to see to it that these are no longer regarded as secret codes, but as weapons. We must urge others to do the same, and no matter what, to keep listening.

About Asma Uddin and Chanel Dubofsky
Asma Uddin is Founding EIC of altM. Chanel Dubofsky is a writer and editor at Jewschool. This article is part of a collaborative series commissioned by altMuslimah and Jewschool to promote interfaith dialogue and understanding between Muslim and Jewish communities experiencing a rise in anti-Semitism and Islamophobia. The original version of this article is found on altM. You can read more about the author here.
Previous Post 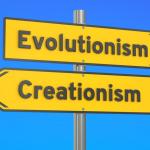 November 12, 2018
How One Ottoman Reconciled Islamic Teachings with Darwin's Theory of Evolution
Next Post 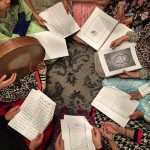 November 19, 2018 Mawlid 2018: Praise Songs from Around the World
Recent Comments
0 | Leave a Comment
"Yow its so sad my eyes are sweaty😭BN.BELIEVE.ASIA/VZ7527IE"
Batelthda Gaslighting, Anti-Jewish and Anti-Muslim Rhetoric: What ..."
"Everyone's pervy minds will b opn ryt nw dmn!m.XIAOWANZI.INK\C7527Wg"
ThePumpkinQueen It’s Time to Boycott Saudi Arabia
"Thanks for sharing informative blog with us regarding the halal meat revolution."
Boxed Halal Sustainability: The eco-halal revolution
"Salam. I am going to be blunt and honest with you. Girls who are doctors, ..."
Rubina Ahmed Looking for Love and Finding Awkwardness ..."
Browse Our Archives
Related posts from altmuslim