You can now watch this debate between the famous “Secular Buddhist” Stephen Batchelor and Ajahn Brahmali, of the Thai Theravadin tradition from earlier this month.

I’d be very interested in hearing your thoughts (Jayarava, Mufi, Doug Smith, Ted Meissner – and the whole ‘Secular Buddhist’ crowd, US and UK – Nathan Thompson, and others who have discussed this intersection of ‘the world’ / seculum according to Batchelor and Buddhism).

As debates go, it was highly collegial. They agree on far more than they disagree on. Both men emphasize the importance of reading the Pali texts as closely as possible and both accept that while these texts aren’t verbatim the Buddha’s words, they are the closest we are going to get. Where they disagree at length is around the issue of whether, why, and how to “accept” the teaching of rebirth.

Batchelor was challenging at one point when he said that he didn’t think that the Buddha was interested in the real nature of things, that he wasn’t seeking to understand reality, but rather acting as a pragmatist. The late D.J. Kalupahana argued along similar lines, but most scholars that I have read (Gombrich, Keown, Williams, and Gethin come to mind immediately) would emphasize the importance of “seeing things as they truly are” in the Buddha’s teachings and say that this suggests a way that things really are as central to early Buddhism.

Batchelor later made what I took to be a really excellent point, that the fact that this debate is happening is a sign of the vitality of the Dhamma today.

Ven. Brahmali declared early on that he is pro-science, emphasizing however that science doesn’t help us much with things like rebirth and even something so central as ‘the mind’ is very poorly understood in science today. So perhaps with some issues, like the mind and its relation to suffering, we ought to give ancient teachers like the Buddha more equal standing or even higher ground in our own quest for understanding. He went on to say that this is specifically one of the things he considers central to a person calling oneself a Buddhist – that he/she “takes refuge in the Buddha’ (etc), this means taking the teachings seriously. And again, where science and one’s experience clearly contradict a Buddhist teaching, Ven. Brahmali seems quite happy to say that Buddhism is wrong, but otherwise there should be a great deal of deference to the Buddha’s teachings as they stand.

Both men seemed quite humble in their knowledge and willing to say “I don’t know…” – which for me was most refreshing. Overall, this was a great discussion and would be of great benefit for those who have learned a moderate amount about Buddhism and are puzzling about how to reconcile certain key doctrines with other beliefs or experiences in the world today.

So with that I will leave you with a poll. And please, please, please do watch the video before voting. Taking into account your own predispositions before the debate, who do you think presented his own position(s) best, especially around the topic of rebirth? You are invited to discuss your vote and/or other topics raised in the debate in the comment section below. 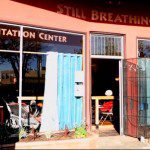 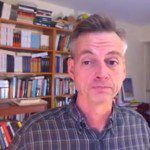 March 31, 2014 Coursera’s Buddhism and Modern Psychology : week two
Recent Comments
0 | Leave a Comment
"https://www.theguardian.com..."
Donalbain Vaccines, Pharmaceutical Companies and the CDC
"I've read that borderline persons have a high sense of fairness and BPD is soooo ..."
steven solomon Borderline Personality Disorder and Buddhism (IV)
"I came across this site by accident, It reminded me of a story about two ..."
quacknduck Tourists: Buddha Tattoos are Taboo; as ..."
"eMudhra Limited is a certified body, licensed by the Government of India. eMudhra operates in ..."
Mycaportal Buddhism: Dzogchen and Mahamudra
Browse Our Archives
Related posts from American Buddhist Perspectives

How To See Through The Buddha's Eyes
A gang of long-tailed tits are skipping from branch to branch in...
view all Buddhist blogs
What Are Your Thoughts?leave a comment