Feedspot, a web organizing tool described by lifehacker.com as “a Google Reader Replacement with Tons of Sharing Features,” has posted its 50 (51, actually) best Buddhist Blogs on the Planet.

According to their site, the data is based on:

Click through the link above if you’re on feedspot and would like to Follow the blogs listed. I’ll include the logos and information, with direct links, below.

This blog, American Buddhist Perspectives, is listed as number 10. That is great, but be wary. The methodology is not perfect. First of all, we do not have 77,475 Facebook Fans, nor do we have 14,395 Twitter Followers (we actually have 11,443, so, close enough I suppose). And I’m not sure what Alexa Rank even is. According to their site, “Alexa’s Traffic Ranks are for top level domains only (e.g., domain.com). We do not provide separate rankings for subpages within a domain (e.g., http://www.domain.com/subpage.html )…”

So our high ranking, 2,287, ahead of Lion’s Roar (#8 on their list) and Tricycle (#7) probably reflects Patheos.com as a whole, which is an enormous site with scores of blogs spanning the world’s religions. But, oddly enough, another Patheos Buddhism blogger, Wild Fox Zen, is also listed and has a different, slightly lower Alexa score.

And (I believe) the only blog there led by an Asian American Buddhist is Taste of Chicago Buddhism.

It’s a wonderful list of blogs (and websites) and truly an honor to be listed among them. I wouldn’t get too caught up in the exact numbering and I would imagine that there are other great lists out there to be found and explored. If you have a favorite blog that should be on the list (or a list you follow), please add it in the comments below.

November 29, 2016
The Buddhist Parable of the Mustard Seed: Grief, Loss, and Heartbreak
Next Post 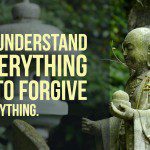 December 9, 2016 Finding Forgiveness During Challenging Times
Recent Comments
0 | Leave a Comment
Browse Our Archives
get the latest from
American Buddhist Perspectives
Sign up for our newsletter
POPULAR AT PATHEOS Buddhist
1