During my undergraduate studies in philosophy at the University of Montana, I took a ‘capstone’ class on Philosophy of Mind. We started with Descartes, setting out the direction that Western thinkers would take: the problem of mind (immaterial, without spatial relations) and body (material, spatially located) interacting with one another. This is the “mind-body problem” and it vexed Descartes 400 years ago and it vexes those who look deeply into it today.

The “problem” is not only in regard to interaction, though that’s a central part of it. Descartes wasn’t the first to ponder it, but he’s probably the first to put it in such clear terms in his Meditations on First Philosophy. And it was a woman, Elisabeth of Bohemia, who pointed out the very problem (a fact often ignored by philosophers in academia but nicely picked up by Carroll and discussed in the video).

In any case, Descartes left us with “dualism” – two substances (body and mind) that were ultimately separate but -somehow- in contact with each other. Most options for solving the “mind-body problem” in Western thought have been monistic (just one substance) materialists of one sort or another – though other options include phenomenalism, idealism, vitalism, and dual-aspect monism. Materialists, in one way or another, say that all that exists is body (matter), and mind thus doesn’t exist or only exists in the way that a car exists: based on particular parts and/or functions.

But while philosophers have tended toward materialism, as John Searle has noted, the “person on the street” is still a dualist and believes in a truly separate mind and body (or body and soul).

The following video should be of interest, then, as both an explanation and exploration of the philosophical materialist view, represented by Sean Caroll, and an opposing view from Alan Wallace which perhaps doesn’t get fully worked out.

Read Sean Carroll’s recent book on this (and much more): The Big Picture: On the Origins of Life, Meaning, and the Universe Itself

And one of the books that helped shape my capstone paper on Buddhism and Philosophy of Mind, Alan Wallace’s The Taboo of Subjectivity: Toward a New Science of Consciousness. These are just two of at least a dozen or so great books exploring the topic of mind and body and everything else that are brilliant and compelling. Don’t just read one, or even two. Read several and grapple with the force of the arguments, the subtle presuppositions that come with each position, and the ways that each deals with counterarguments near and far.

My own view on the nature of reality, and consciousness within it, is of agnosticism and openness. Western phenomenologists and most Buddhists would tend to assert that our beginning point is experience, not stuff out of which experience bubbles. Even if we imagine a cold dead universe of matter, perhaps not long after the big bang, there is still my consciousness of that imagined scene. Consciousness for me is both inescapable and primary.

I think I did go through a materialist phase, early in my life as a philosopher. Materialism is awesome for what it can tell us about the world – we’ve increased our knowledge in the last 80-100 years thousands-fold over all that came before. No amount of meditative mastery is going to get you inside an atom (imho) despite what some zealous Buddhism apologists might like to claim. However, I’ve come to appreciate people like Alan Wallace (and David Chalmers, who I had the fortune of meeting around the time I was taking that course on Mind) for pointing out the still mysterious nature of consciousness itself.

It is quite possible that we’ll find a sort of missing link between brain (or whole body) states and mind, such that a reduction will be complete and testable. Or perhaps consciousness, the what it’s like to be me or you or a bat or a colorblind volunteer in a thought experiment, is ultimately irreducible and may be ‘discovered’ as a new property of the universe itself, one always here but hitherto unrecognized. 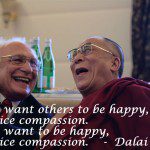 February 17, 2017
Psychologists test the Dalai Lama's teaching on Compassion, and it works
Next Post 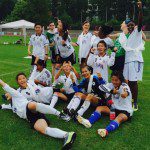 February 28, 2017 Tibetan Refugee Soccer Team denied visas to United States
Recent Comments
0 | Leave a Comment
"https://www.theguardian.com..."
Donalbain Vaccines, Pharmaceutical Companies and the CDC
"I've read that borderline persons have a high sense of fairness and BPD is soooo ..."
steven solomon Borderline Personality Disorder and Buddhism (IV)
"I came across this site by accident, It reminded me of a story about two ..."
quacknduck Tourists: Buddha Tattoos are Taboo; as ..."
"eMudhra Limited is a certified body, licensed by the Government of India. eMudhra operates in ..."
Mycaportal Buddhism: Dzogchen and Mahamudra
Browse Our Archives
Related posts from American Buddhist Perspectives