This Halloween season reminds me of how busy the next few months will be with work and family stuff. Today Nov1st–All Saints Day is followed by All Souls Day and it’s a tradition in some Mexican households to honor the dead with an altar. Since I have a Mexican/Irish/Japanese family–we made an altar–seen below. We chose celebrities because we live in the US–where everything is entertainment–and because we didn’t want to lay the heaviness of a maudlin message on our kiddies so soon after they’d gorged themselves on Halloween candy, but we did want them to think of these folks–even if for a brief moment.

All celebrities, many died too young, many seemed indestructible–all of them mean something to us–perhaps that is the didactic task of much of these ethnic traditions–that they mean something to us that is different–for me–a highly acculturated Chicana professor from East LA–I grew up with these altars, with the smells, sounds, and the skulls. Candy skulls decorated with colored sugar and shiny objects. The altars juxtapose the sadness of loss with things that we think the departed might like-for Edgar Allan Poe, a shot of absinthe–why not? My daughter thinks Marilyn would have liked a Guinness–why not? I didn’t have any Glenlivet in the house otherwise I’d pour Tony Soprano his favorite drink–he’s gonna have to settle for my favorite–Glenfiddich.
For all of our celebrities, there are two loaves of Pan De Muerto –bread made with cinnamon, spices, and powered sugar often shaped in a cross. Just celebrities–fallible human beings, all whose art has and will outlive them. So we offer our remembrances to them–and with that mischievous calavera–laugh at Death that holds them and us no longer. 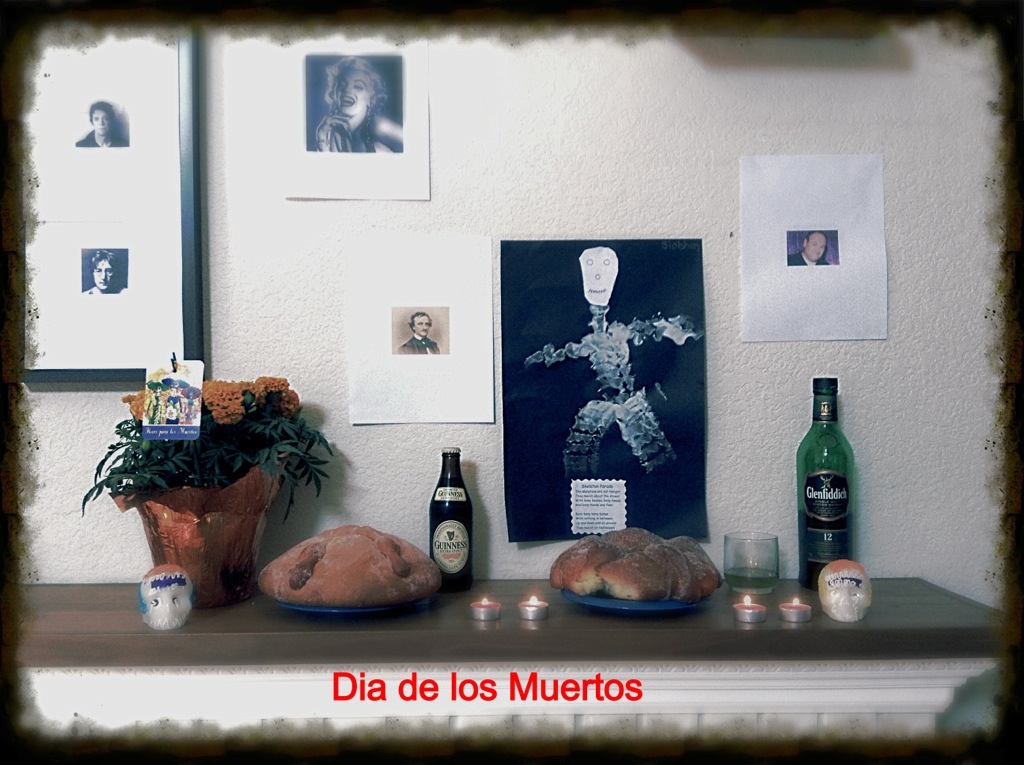 October 19, 2013
Really who cares what John MacArthur thinks?
Next Post

God Said It, I Believe It,...
Freelance Christianity
Related posts from Re-Generacion