I don’t have a lot of time to read during the school year, and when I do read or buy books, I try to focus on things that will be professionally helpful as well as enlightening—so this list is heavy on academic books—next time I’ll post on films, popular books, and t.v. that I think was worth watching this year.

Broadly speaking, my field is Latino/a Religious history—to do this well, I read lots of works in the field of Latino/a studies—not only because it informs my work, but it also informs these varied fields of literary criticism, history, sociology, religious studies and theology—it is central to all these fields and is often treated as if it is a peripheral concern—or rather, only folks who are in that field should care about it. These are just some of the hundreds of books (not to mention articles and book chapters) that were published in 2013 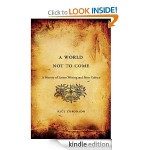 A World Not To Come  is Raul Coronado’s work on Latino writing and print culture in Texas published by Harvard. 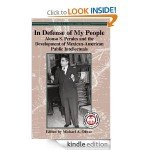 In Defense of My People an intellectual historical intro to the life and work of Alonso S. Perales, a co-founder of LULAC, (if you don’t know what that is, lo siento, but I don’t have time right now to get into mid 20th century civil rights history with you), by Michael Olivas published by Arte Publico Press

The Paradox of Latina Religious Leadership by sociologist Theresa Torres 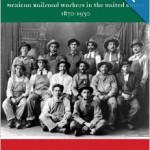 Steel Barrio  about the Mexicano migration to South Chicago in the 1940s, by Michael Innes-Jimenez published by NYU Press

Traqueros: Mexican RailroadWorkers in the US 1870-1930  by Jeffrey Marcos Garcilazo published by University of North Texas Press 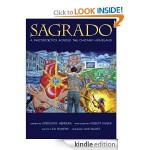 Finally—a book published technically in fall 2012, but worth mentioning here is my fellow Claremont alum, Matt Garcia’s book, From The Jaws of Victory a provocative and ground-breaking re-working of the legend and work of Cesar Chavez published by University of California Press.

So spend a few of those Amazon.com gift cards on some of these, assign sections for your classes,  get your institutions’ libraries to carry them, so that the rhetoric of inclusion and diversity I’ve been inundated with for nearly 20 years as a student and as an academic can be said to have some resonance and not the sound and fury many of us know too well signifies

December 11, 2013
Nostalgia is the enemy of history--except when it's not
Next Post 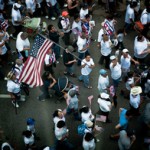